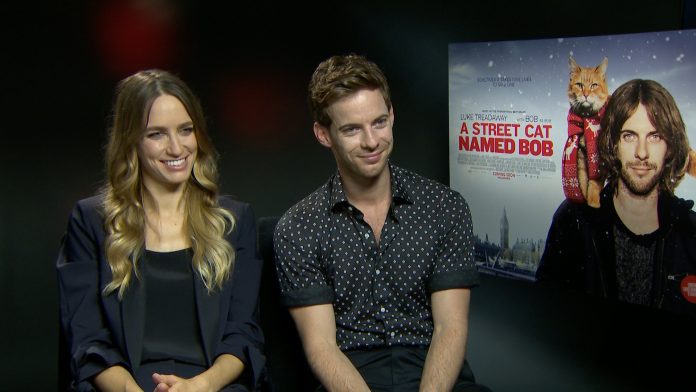 To mark the release of A Street Cat Named Bob, we had the pleasure of meeting the film’s leading star Luke Treadaway, who plays James Bowen, alongside Ruta Gedmintas, who plays the character’s neighbour and love interest, Betty.

Having met James Bowen and Bob (check out our Street Cat Named Bob film interviews here), we knew all about the appeal of the latter, and so asked the pair if they miss their feline friend, and whether they’ve kept in touch. We also spoke about the challenges in portraying addiction on screen, and what it was like for the pair working so closely together, given they’re in a long-term relationship in real life.

A Street Cat Named Bob is released on November 4th.

Win A Christmas Gift from Bob DVD and book

A Christmas Gift from Bob Review