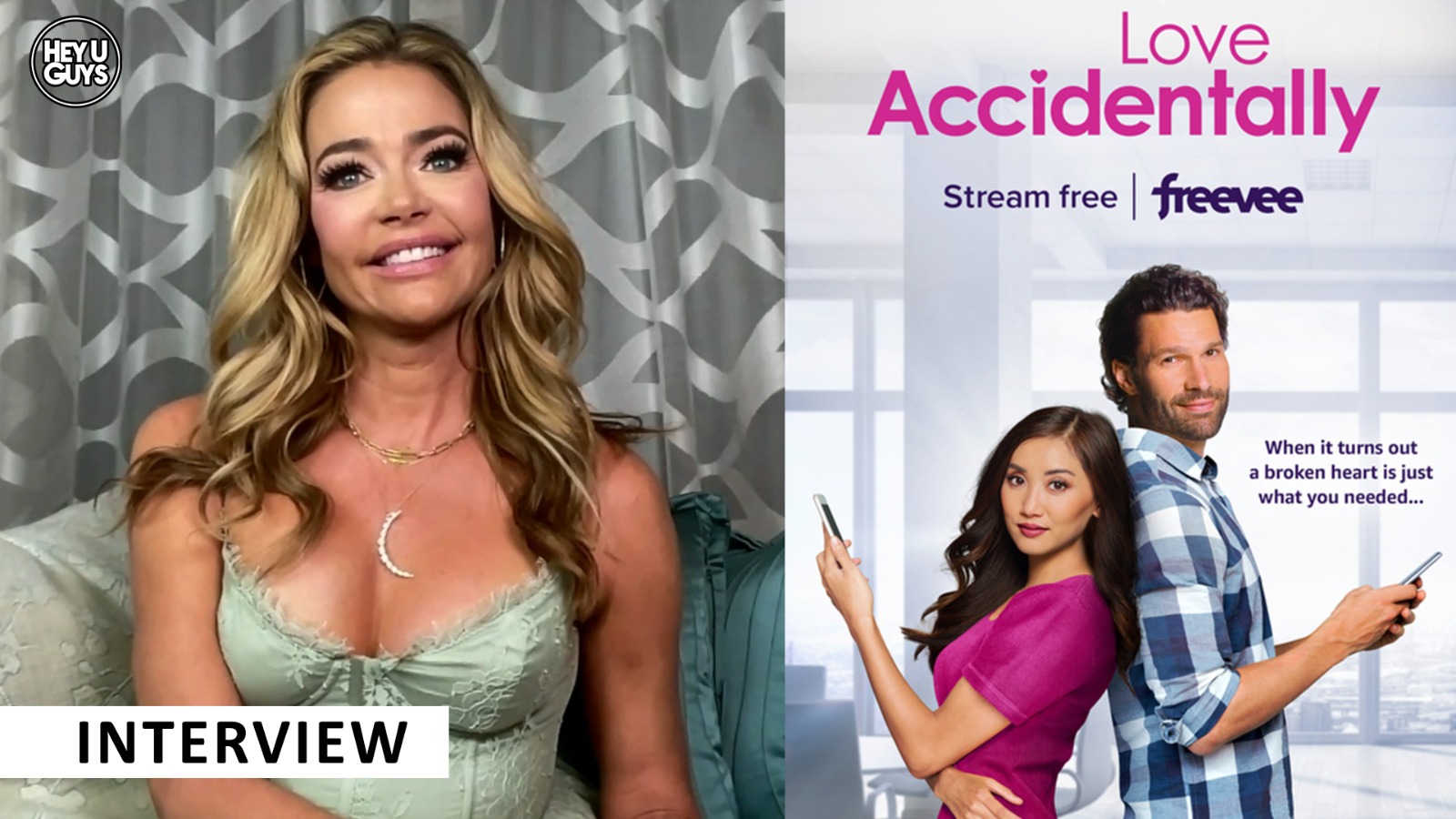 Feeling like something of a throwback to classic romantic comedies, Love Accidentally does remain grounded in a contemporary setting, given the narrative’s reliance on modern technology. To mark the film’s premiere on Amazon Freevee we spoke to its leading stars, Brenda Song and Aaron O’Connell, as well as Hollywood legend Denise Richards. We speak about romantic comedies, the art – and challenges – of dating in a modern world, while Song also talks about the importance in having Asian-Americans in lead roles of this nature. And Richards tells us why she’d love to work with Quentin Tarantino. Be sure to watch both interviews in their entirety below.

In Love Accidentally, Alexa (Song) and Jason (O’Connell) are competing for a promotion at their advertising firm when each of their significant others breaks up with them. Thinking she has texted a friend, Alexa mistakenly sends Jason a broken-hearted message. The two spark up an anonymous relationship via text with neither aware of who the other really is. When the truth comes out, will they be able to put their rivalry aside and let true love prevail?
Love Accidentally premieres on Amazon Freevee on July 15th