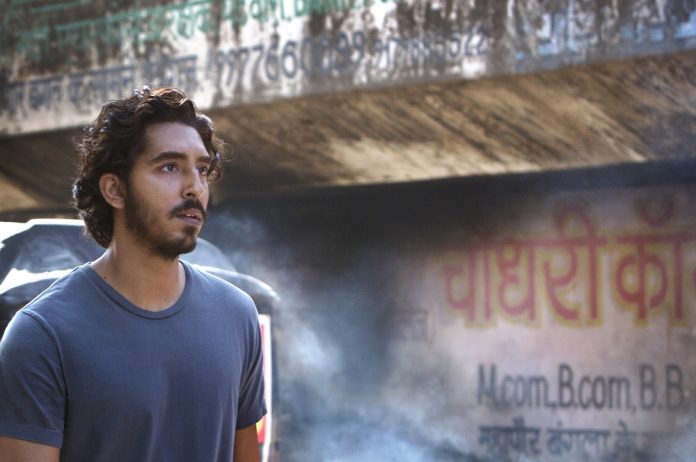 It’s notoriously tricky for a filmmaker to translate a true story tearjerker onto the big screen without being accused of using manipulative strategies and an over-sentimental approach. Garth Davis’ debut feature, Lion, manages to avoid theses trappings through an immersive, sprawling narrative which induces a personal, empathetic connection between central character Saroo Brierley and the audience. Sunny Pawar and Dev Patel’s dedicated, layered performances as Saroo also helps dispel any potential mawkishness.

The film is based on Saroo Brierley’s book A Long Way Home which recounts his fascinating real-life story. Beginning in the 1980s, Saroo (Pawar) lives in a small, poverty-stricken Indian village around Khandwa, stealing coal with his brother and helping his labourer mother carry rocks. When helping his brother at work, Saroo stumbles idly onto a decommissioned train and becomes trapped for several days until he escapes in Calcutta, some 1,000 miles away from his home.

Unable to speak the native Bengali, Saroo is soon placed into a foster home and eventually adopted by John (David Wenham) and Sue Brierley (Nicole Kidman), an affluent couple from Australia. Fast forward 25 years and Saroo (now played by Patel) has started a major in hotel management and falls for American classmate Lucy (Rooney Mara). But Saroo becomes increasingly unstable about his true identity and guilty over the luxury that now surrounds him. With the aid of Google Earth and some fuzzy childhood memories, Saroo embarks on a search for his long-lost home and family.

Going into the film, you couldn’t be blamed for anticipating Saroo’s childhood to be quickly brushed over, making room for the heavy-weight acting talent to do their thing. But Lion spends almost an hour with 5-year-old Saroo and it’s all the better for it. Newcomer Pawar puts in an astonishingly mature and natural performance. And Davis intelligently directs, imbuing each environment with a very real feeling of danger and despair. We go through every step of Saroo’s journey with him, feeling his loneliness and helplessness intensely. This attachment which we build with Saroo is vital to the effectiveness of the cathartic ending.

As the film jumps 20 years, all the drive and atmosphere built so far dissipates. For a good 30 minutes the film potters along aimlessly not really sure what to do with itself. Mara’s undeniable talents are seriously put to waste in a thankless role as Saroo’s partner. In fact, their whole thinly-sketched romance marks the film’s nadir. Saroo’s foster parents are also pretty one-dimensional and their potentially interesting complexities are never really touched upon. Fortunately, Dev Patel’s most sophisticated and touching performance to date helps hold things together as he expertly portrays Saroo’s inner conflict and identity crisis.

Once Saroo starts his investigation, analysing online maps for any sort of clue, the narrative regains its initial momentum. The tension slowly builds as Saroo’s reunion with his long-lost family becomes a very tangible possibility. Lion’s final scenes reap the rewards of providing such a visceral and personal depiction of Saroo’s journey and the tears feel wholly deserved. Although Lion suffers from a meandering middle section and some underwritten characters, it’s buoyed by stand-out performances from Patel and Pawar and smart, sensitive direction from Davis who knows exactly how to develop genuine emotion into a film.

“What do you hope to gain?” Dev Patel stars in AMAZING new trailer for David Lowery’s ‘The Green Knight’

Win The Personal History of David Copperfield on Blu-ray