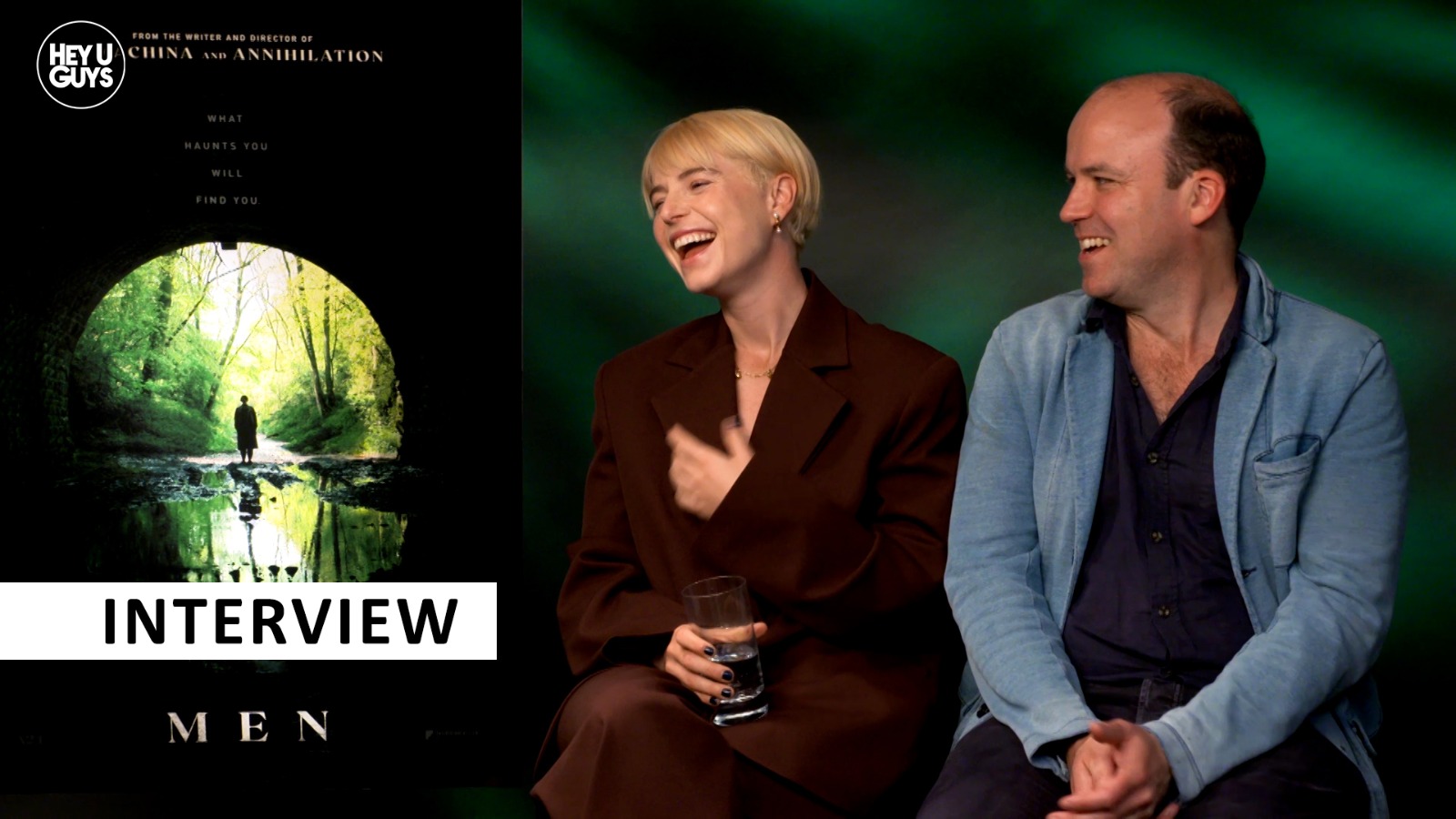 Men is a film unlike anything you’ll have seen this year (or ever?) and to mark its theatrical release this week, we spoke to the two leading stars, who turn in staggeringly impressive performances: Jessie Buckley and Rory Kinnear.

Buckley is at her very best, and Kinnear, well, Kinnear is playing every male character (bar one) and brings such depth and nuance to each and every one. We discuss the challenges that arise from this unique shooting experience, for them both, and what Buckley made of her co-stars fake teeth. They speak about the ambiguity of the tale, and what it’s like watching themselves back on screen. Buckley also talks about playing characters that have such an emotional arc, and whether they can both ever learn from the characters that they embody.

In the aftermath of a personal tragedy, Harper retreats alone to the beautiful English countryside, hoping to find a place to heal. However, someone or something from the surrounding woods appears to be stalking her. What begins as simmering dread soon becomes a fully formed nightmare, inhabited by her darkest memories and fears.

Men is released in UK and Irish cinemas on June 1st.