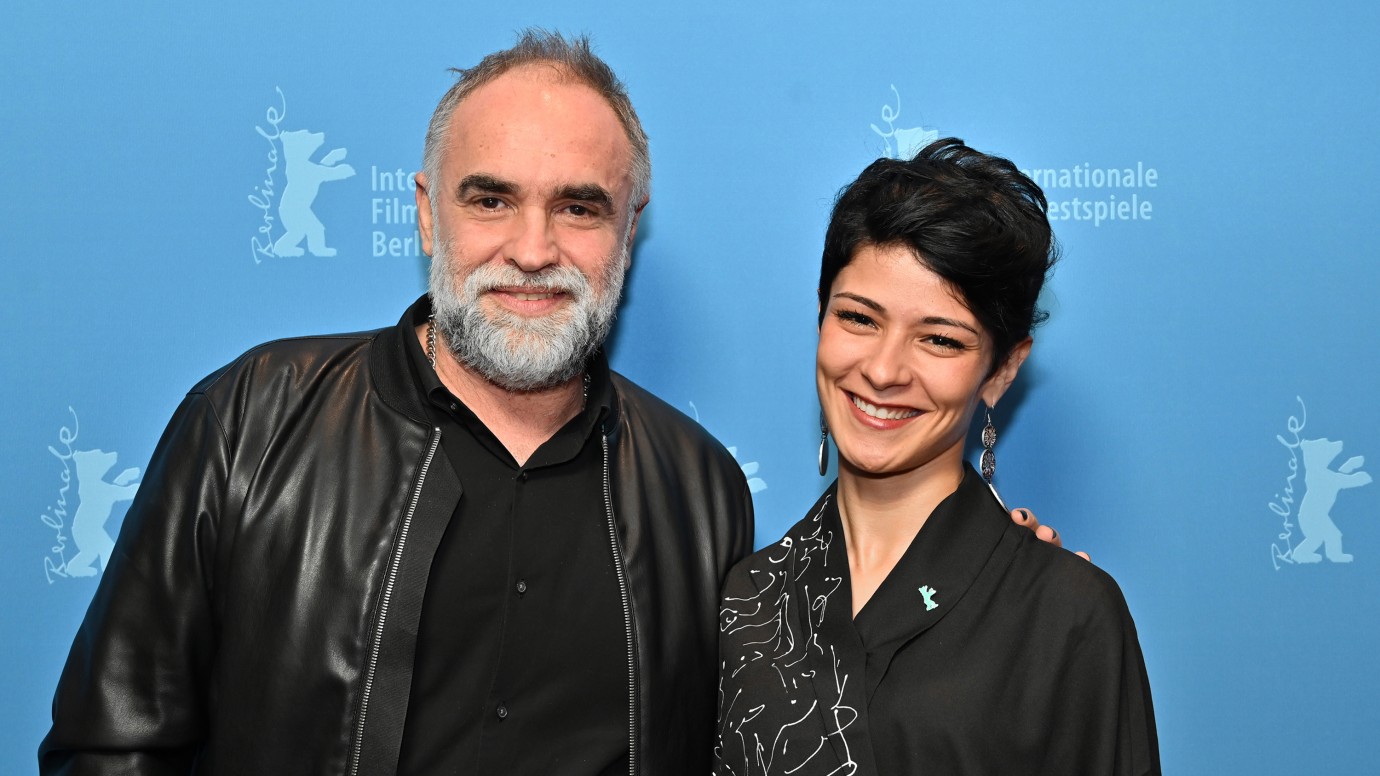 Two years ago, almost to the day, we spent some time with Brazilian filmmaker Karim Aïnouz, to discuss The Invisible Life of Euridice Gusmao. It’s taken sometime, but finally the movie is being released in the UK, ready to impress audiences over here just as it did worldwide during the festival circuit, that saw the movie awarded with the prestigious Un Certain Regard at Cannes. With Aïnouz we discuss the themes of the film, and just how personal it is to him. He talks about the film’s success, and comments to on the future of Brazilian cinema, as while we went into this chat with high spirits, off the back of this and Kleber Mendonça Filho Bacurau’s, he is more wary, given the cuts made to funding in the South American nation.

How did you come to be aware of the novel?

The producer is a really good friend has known me for many years and is a very close friend and he is addicted to buying book rights, so we bought it on a manuscript level and we knew this was something I would like, and he was right, it has a lot of intersections with my personal life. He knew my mum really well and I was raised by my mum and grandmother, and I lose them both, I’m an only son, and this happened over five years then I read the book right after. So on one hand we were looking for something to do together, we had developed a few things, but this was the story. It hadn’t been published when I read it, it was a PDF, and my producer was right. It’s very close to the story of my mum, and it was a great way to tell the story of my mum without telling the story of my mum, in a collateral way. A lot of coincidences between the book and my life, and there was the possibility here of doing something I had wanted to do for a long time. My first film was actually a portrait of my grandmother, who is an extraordinary woman who died at the age of 106. I’ve always wanted to tell the story of my mother and the women of her generation and when I read the book it was incredible. I thought it was her story, but after it’s been done and I’m showing the film around, it’s everybody’s mother. It’s every woman.

Are your films always uniquely personal to you? Or is it impossible not to put yourself into your work?

I’ve been thinking about it for the last few months. It’s something I am learning, I’ve been developing a lot of projects and your question has made me question those projects. I’ve come to them for different reasons, and there’s something magic about the films I made and it’s not because they are my stories, because I don’t want to talk about myself as that is boring, but they are stories that I care for because somehow they matter to me. I could totally be a director for hire but I would need to find in that material something that resonates either something I have been through or something I care for that is beyond liking a character. Something urgent, something that needs to be talked about. If I don’t feel that way, it’s not worth working on it. That has something to do with the fact I grew up in a culture where cinema is not just entertainment.

I saw some of my wife and her sister’s relationship in there. A closeness only sisters have. Do you have siblings to help inform that core relationship?

I don’t. I have a half-sister but we were not raised together, so she’s more of a close friend. But I always wanted to have one so it’s also a place of rejection. My connection there is that my mother had a sister. The way you connect can be very oblique, it doesn’t need to be that I have a sibling, but I knew that relationship very well, because I spent my whole life experiencing that relationship through my mother so it’s very familiar to me.

They remain so similar throughout, even though they are shaped by their environments.

There was a casting, and we did rehearsals together but what you just said is something we wanted to have on screen. And with this film if you didn’t have that, it would be hard to believe that they missed each other, yet they don’t share much time together on screen.

Yeah you need them to have a chemistry, and yet they aren’t really together much on screen.

We didn’t shoot a film before but we wrote a lot of scenes that happen before the film starts, scenes where they are together, that we wrote and improvised, so they had a memory. So when we began shooting, they had a memory of a life together, which was through two months of rehearsals, very intimate, physical scenes of sisterhood.

They are both brilliant in the lead roles – were there any moments on set where you think, wow. Or does that happen in post?

No, on the set there’s no stepping back. There’s stepping forward. It’s not a time for questioning, it’s time for exploring. If you question that on set you freeze. I think for me the main role of a director is choosing actors for the characters.

The film has had a lot of awards buzz – how does that make you feel?

It means a lot, I am representing the film, my nation, the cinematography, a generation. All of that is great. Being nominated for awards is great for me and the for the film and will give me more freedom to choose what I want to do, but you need to be ready for the crash, maybe it won’t happen. Winning the major prize in Un Certain Regard changed my life, it changed my life and the life of the film. It opened up a lot of opportunities. But I think the other way around, if I didn’t get that prize, would I be at home depressed? No. I have a goal, my goal is to work. I need to make a living and I love to make films, and my goal is to keep working until my body doesn’t take it anymore.

When out there at awards ceremonies, a festivals, is there a sense that you’re ‘representing’ Brazil? Does that add a pressure?

You feel that all the time. All the time. I’ll tell you why – in certain contexts, making and producing cinema is a struggle everywhere, but I’ve been through everything. Americans don’t feel like they are representing America. Foreign language films are like 2% of the market in England. It’s nothing. We’re not in a position of privilege, and it’s been a struggle. I wonder if filmmakers from nations from Germany, France, Americans, do they ever have the fear they won’t get work? Maybe their films won’t get sold but that isn’t an environment that will stop. When I lived in Brazil 25 years ago, there was no more funding. It was over. I had friends opening organic soap stories, and others selling clothes or opening restaurants, it’s a floor where things can be interrupted so you don’t ever take things for granted. I doubt there’s not one of us that doesn’t feel like they’re representing a whole nation’s cinema.

You mentioned the Cannes win, and Bacurau also won a prize there. Is this a coincidence or a sign of something happening in Brazilian cinema?

There was a historical, unseen situation where two Brazilian films were awarded in Cannes and we’ve never had that in the history of Brazilian cinema. Me and Kleber are from the same generation, and from the same region, the poorest region of Brazil, places that 20 years ago there was no cinema coming from there. Like we’ve come from the end of the world. There is a lot of stake. It’s the result of 15 years of public investment in film production. It’s interesting, in his province there’s a fund, not national but local, and it’s been going on for over ten years, and it’s the tip of the iceberg, from an investment happening, so it’s not an accident. It’s not coincidence. It’s a plan and we’re part of that plan. What is ironic is that the plan which takes us here, this year it has been aborted. These movies will not exist anymore because the funding policies has been literally interrupted, so that’s what is ironic. The fact the two films that won in Cannes, we’re in a rising moment, but this rising moment has been interrupted.

The Invisible Life of Euridice Gusmao is out on October 15th