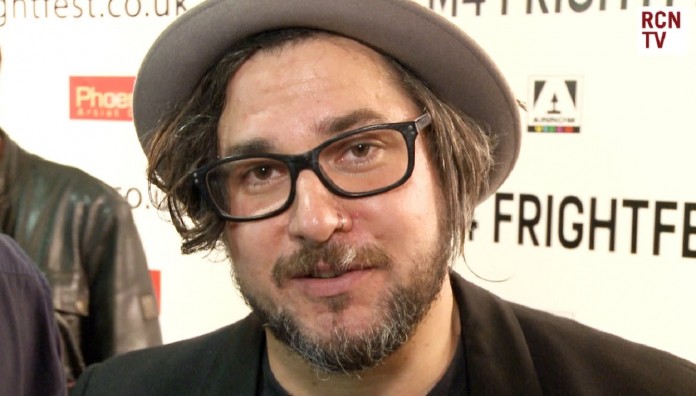 Ahead of this week’s release of gothic, folklore horror The Hallow, HeyUGuys caught up with its director Corin Hardy and discussed (with seething elation) his enthusiasm for horror, all the monsters, movies and dark mayhem that inspired his supernatural debut and plans for a new film adaptation of James O’ Barr’s The Crow.

Was The Hallow originally intended to be a film about Irish folklore or did it start out as a straight forward monsters in the woods story?

The intention was to do both but I wanted to provide a fresh take on a monster movie that wasn’t necessarily something we’d seen before. That led me to fairy-tales and the idea of visualising a contemporary take on fairy-tale mythology. I guess the idea was like a fairy-tale home invasion or survival movie. I knew I wanted the creatures to be physical and I wanted to look at ways of interpreting the mythology of something based within science and nature which led it to becoming more of a monster movie, which was fine by me.

How did you go about designing and creating the creatures? Were they inspired by any classic movie monsters?

In a sense. The ones that really inspired me were rendered in a sincere way at a cinematic level that would hopefully make them iconic and make them feel real. Films like Alien: the way Ridley Scott and HR Giger created something that felt real and terrifying and with biology that was even more terrifying. Something that involved a sense of body horror as well as just monsters. Obviously, The Thing and the imaginative transformations in that, and just looking at the effects in An American Werewolf In London or The Exorcist. They’re all great movies with iconic creatures so I was humbly trying to come up with something that could be both unpredictable and imaginatively rendered. Something you haven’t seen before and are not quite sure how it’s going to behave.

Considering you were trying for something different, how difficult was it getting The Hallow made? Did you have many problems or was it a straight forward process?

Nothing’s easy but it was constant. When I finished my stop-motion short film Butterfly in 2003, I started thinking about what I could do for a feature and came up with about five horror movie ideas. I was making music videos (for Keane, The Prodigy, The Horrors and many more) so was able to work with various crews, narratives, special effects and get a feel for the film-making craft. Over the past ten years, I was also honing a script, meeting producers and getting the film financed. By going through that process, you meet more people and people start to get to know you so it was very beneficial in that sense but it was also a struggle because I was trying to make a low budget horror movie without wanting to make it cheap looking. I wanted to do something with creatures that is difficult to render on a low budget so had to maximise what I could do while comfortably working within the financial constraints, so it was a challenge.

You can tell by The Hallow that you’re a huge horror fan. Are there any old styles of horror films that you would like to see return that there hasn’t been much of a resurgence of in recent years?

With The Hallow I was trying to make something that was a little bit classic and timeless. I’ve certainly grown a little bit… not “sick” because that’s a bit too harsh. Let’s just say I’m less into the sort of lo-fi horror we’ve seen a lot of recently. I love a good schlocky gore fest instead of the found footage stuff, regurgitating demonic possession and ghost girl movies etc. I always prefer the imaginative horrors with creatures at the core. I’m a fan of those and would love to see more of them.

How did the casting process go? Was it easy to find who you were looking for to play the parts?

I wouldn’t say easy but it was very specific. For some people, horror is a dirty word and they don’t take it seriously. I wanted to take it seriously when presenting the story and get the best actors I could. I always wanted Joe Mawle (The Awakening, Abraham Lincoln: Vampire Hunter) in the film. I always thought he would be an interesting lead. I looked at Dustin Hoffman in Straw Dogs, Sigourney Weaver in Alien or Jeff Goldblum in The Fly and thought they were great, serious performances from serious actors who, at that time, weren’t really leading men or women, they were more character actors. I though Joe could deliver something along those lines so I was really pleased to get him on board. After that, I was able to approach Michael McElhatton (Game of Thrones) and Michael Smiley. Then I got Bojana Novakovic (Drag Me To Hell, Edge of Darkness) who auditioned for the part and was incredible. Without anyone else in the room she was able to make us feel terrified of what she was appearing to see.

Do you have any favourite actors that you would like to work with?

Oh man, I do and I am luckily getting to work with some of them but I can’t say who they are at the moment. But it’s exciting to be able to have access to some of my favourite actors now.

How are you planning to tackle The Crow?

I certainly don’t plan on doing a remake or a sequel but when The Crow came up and I ended up getting offered it, I couldn’t turn it down. I found this photo of myself when I was seventeen, dressed up as The Crow and I remember how obsessed I was with it. I went back to the graphic novel and read that again and it really reminded me about the power of the story and the great elements it has. It’s a classic tale of tragedy, romance and revenge and I remember feeling thankful that there’s a great graphic novel that exists, that James O’Barr wrote, to authentically bring to life. I wouldn’t want to remake the original Alex Proyas film which I love but I do think there is a lot of depth and resonant excitement in the graphic novel that has yet to be seen.

I read that you wanted to stay working within horror but if you had to work within another genre what would it would be?

I’m happy to move through genres but I do find I’m comfortable in darker areas whether that be horror, sci-fi or psychological crime. I guess within those and mixing them up a little.

As a fan, I imagine elements of horror will seep into any film you make regardless of the genre.

Yeah. Horror and imaginative, dark, creature related movies. I like a lot of other stuff too but we all have natural aesthetics that we like and want to create or see in certain ways. There’s a lot of inspiration from story books and artists as well as other films.

Do you think audiences are becoming more desensitised and harder to terrify?

They have certainly become more sophisticated. But I think there are core primal fears that everyone has and it’s a case of mining and tapping into them. Not that its a case of making a jump scare, which aren’t actually very scary. They’re more entertaining and its fun to have a few dotted around, but to try and tap into what we find disturbing… something that fills you with dread or builds on tension is what drives the great horror movies and that comes down to the concept, setting and everything else around it.

You’ve got a unique visual style. Is that something you try to consciously conjure, convey and impress?

Thanks very much. It’s not something I am really aware of but I am more of a visual director. Obviously script and dialogue is very important but I feel cinema is a visual medium and you should be able to tell a story visually, even without any sound. I grew up working with sketch books, drawing and sculpting and when you do that you are constantly making decisions based on composition. I love comics, looking at comic frames and the composition there, it all just seeps into the way you think.

And you have your little sketch book full of drawings of creatures for The Hallow.

Yes, I have them here, I always carry them with me. Its one of the things I enjoy most. When I’m sketching I think, no one ever has to see these. I don’t know what’s going to come out. I’m not sure how I’m going to replicate a fairy or a changeling or a banshee on this page but lets see what happens. So I enjoy trying stuff out until I have made something on the page that I like looking at and feel comfortable showing to someone.

I read that you started out making films when you were very young. It probably feels like a stones throw compared to what you’re doing now. Do you find film making on a larger scale takes you back to when you were a boy and playing with all these makeshift monsters?

When I look back at all my old movies that me and a lot of my heavy metal loving friends made at weekends and during summers while at school, I realise there’s not much difference between them and what I do now. Back then I wanted to be a monster maker rather than make movies with monsters in but now that I’ve grown up I am very pleased to have a feature coming out at the cinema with creatures at the core.

I guess when you’re making films at such a young age, you also tend not to police your creativity as much.

No not at all. You’re just having fun and experimenting. At that point it was just about making as much gore as possible along with the home made squibs, making animatronics out of bike cables, ping pong ball eyes, my grandfather’s false teeth. And now, even though we have skilled technicians putting all that stuff together, I still like to get stuck in and cover my hands in black slimy gloop and throw it at the actors.

You’re not afraid to get your hands dirty then.

I have to and because the shoot was all in real locations I was frequently crawling around the forest, acting something out, flicking gloop on someone.

Beyond The Crow, have you got anything else in the pipeline?

I’ve got a number of projects. Over the past ten years I’ve been working on about five and I have another twenty or so lined up as well so I have a number of projects that are all… of the dark genre, shall we say. The Crow is coming next and I’m very excited about that. We shall see what comes after but there’s more horror and more monsters and more…

I was gonna say darkness but yes: dark mayhem.

The Hallow is released in cinemas on Friday 13th November.