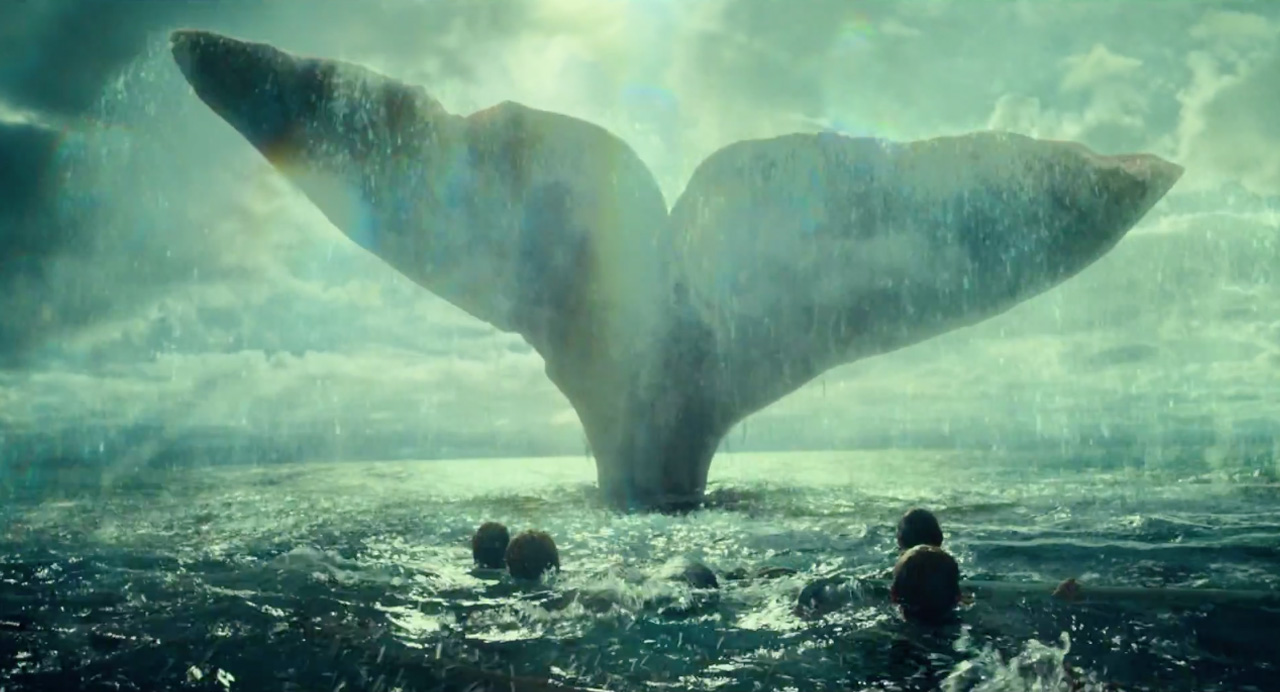 There are few filmmakers in Hollywood quite as accomplished as Ron Howard. While his latest endeavour – In the Heart of the Sea – may not be award worthy as such, here’s a director consistently releasing films that make for indelible, entertaining cinematic experiences. Working on a Charles Leavitt screenplay, and chronicling the events that inspired Herman Melville’s seminal novel Moby Dick, there are similarities to be made to the likes of Apollo 13, with a well-aced build up, as we witness our heroes prepare for their voyage, only to then set off into the vast immensity of this unforgiving landscape and fight for their lives.

Melville (Ben Whishaw) is searching for his next story, and is fascinated by the remarkable set of events that took place on the Essex ship back in 1820. Only one man who witnessed this maritime disaster first hand is still alive, though having never recounted the tale to anybody, Thomas Nickerson (Brendan Gleeson) will take some persuading. Eventually he gives in, and looks back to when he was just a youngster (played by Tom Holland) and he was unfortunate enough to encounter the mammoth sized whale that killed several members of the crew.

The captain of the Essex was George Pollard (Benjamin Walker), much to the displeasure of his first mate Owen Chase (Chris Hemsworth), who felt it was his turn to command this vessel. Alongside fellow fishermen such as Matthew Joy (Cillian Murphy), Benjamin Lawrence (Joseph Mawle) and William Bond (Gary Beadle) – they’re hunting whales, with the intention of garnering copious barrels of oil. But then they encounter this unspeakable beast, a whale so immense in size, but most frightening of all, is his lust for vengeance.

The whale is, narratively speaking, the film’s chief antagonist, but he is by no means the villain of the piece. Howard is evidently aware of that fact in the way he shoots this great mammal, with a certain respect and gracefulness that makes for a rather unique blockbuster; as an epic, thrilling adventure tale without any palpable heroes or villains. In some regards it is the sea that proves to be the most perilous of antagonists, as it’s so placid, and seemingly serene – and yet it’s a cruel mistress. A foreboding, daunting prospect that threatens to be the death of these valiant sailors. The beautiful landscape works as a perfect contradiction to the savage darkness on board, the peaceful nature playing against the brutality.

What transpires is a film that is aesthetically gratifying, but more importantly, maintains your attention throughout the two hour running time, as a well-paced tale that is breathtakingly rapid when it needs to be, and excruciatingly slow-burning at times, making for an immersive experience, as we, much like the protagonists, are put through the paces. Though worth pointing out that it’s a little more enjoyable than that sounds.