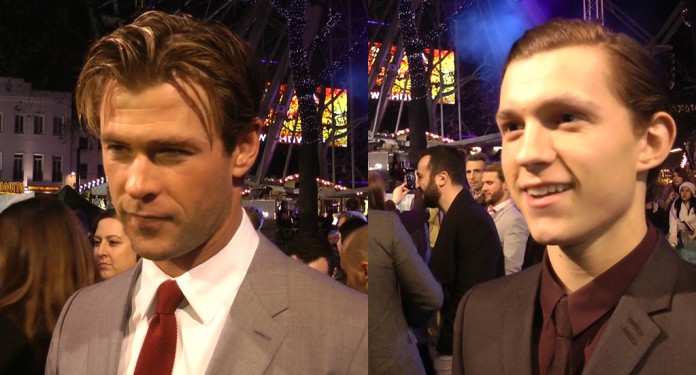 It’s a return to London for Thorman Chris Hemsworth and his Rush director Ron Howard as tonight saw the cast walk the red carpet for their new film, In the Heart of the Sea.

The sheer scale of the project was self-evident from the effective trailers we’ve seen so far. This well serves the story from the early nineteenth century of a ship pursued by a whale of almost unimaginable size and determination. It is credited as serving as inspiration for Melville’s Moby Dick and provides director Ron Howard with a stirring tale of courage and herring-do.

The director and his actors were on hand this evening. New Spider-Man Tom Holland joined his Marvel counterpart Chris Hemsworth along with Joseph Mawle and Cillian Murphy.

Our intrepid team of Cassam Looch and Colin Hart braved the salty nature of the event to bring us these interviews.

Colin Farrell and Martin McDonagh to reunite for new film