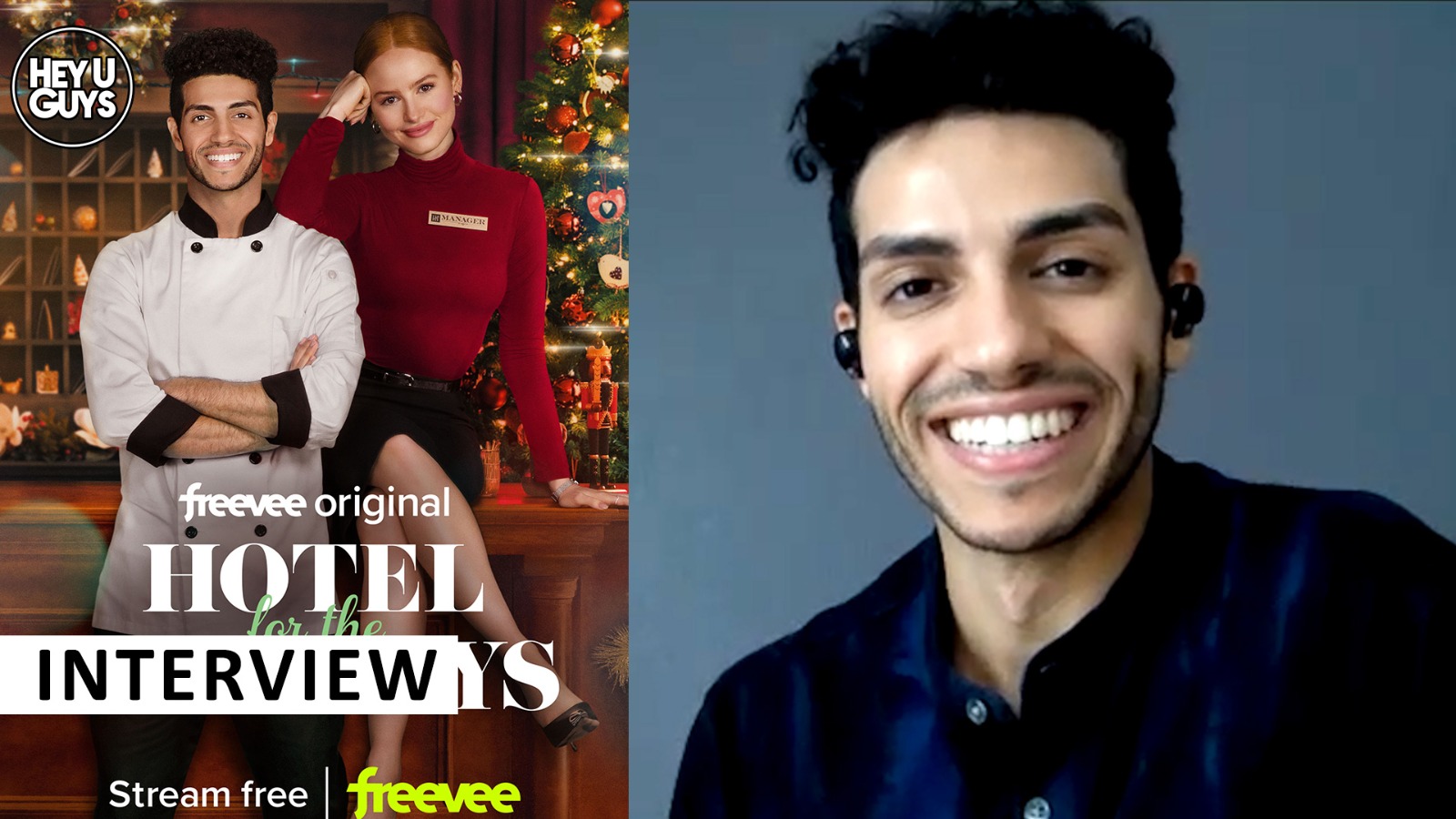 It’s that time of year again when we all get into our comfies, sit back and watch festive films that thrive in the goodness of people. Hotels for the Holidays is one such film, and to mark its release, on Amazon Freevee, we had the pleasure in speaking to its leading man, Mena Massoud. The actor discusses with us the film, and his own Christmas experiences and traditions, while also talks about food, a lot, and how playing the title role on Guy Ritchie’s Aladdin changed his life, and on returning back soon for a sequel…

Georgia is a young woman and the manager of a high-end hotel that attracts guests of all kinds, including heartbroken singles, an infamous pop star, and a European ex-prince who recently abdicated his throne. They are all looking to escape from their everyday lives and come to the hotel as a sanctuary over the holidays. Georgia’s work and personal life become entangled when she is caught between the hotel chef Luke and the sophisticated ex-prince staying at the hotel during the holidays.

Amazon Studios’ first Original holiday movie Hotel for the Holidays will premiere exclusively on Amazon Freevee in the UK, U.S. and Germany on 2nd December