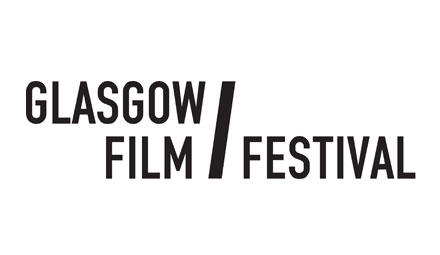 Is it that time already? With January almost over, the programme for Glasgow’s twelfth annual film festival has been unveiled ahead of its February 17th launch date.

Set to run over twelve days, until February 28th, when it will close with the UK premiere of Charlie Kaufman and Duke Johnson’s Oscar-nominated Anomalisa, this year’s festival promises to be one of the city’s biggest and best so far.

Opening with another UK premiere, that of Joel and Ethan Coen’s highly anticipated Hail, Caesar!, GFF16 will boast no fewer than 308 separate events and 174 films. Of the selection on offer, Glasgow Film Festival Co-Director Allan Hunter commented:

“I’m excited to introduce audiences to real gems like Pablo Trapero’s gripping crime drama The Clan in our Argentine focus, Zhang Yang’s breathtaking Tibetan film Paths Of The Soul, and a cracking line-up of Audience Award contenders including the unforgettable, Oscar-nominated Mustang.”

Other films showing at this year’s festival include Jean-Marc Vallée’s Demolition, starring Jake Gyllenhaal and Naomi Watts; Joachim Trier’s Louder Than Bombs, starring Gabriel Byrne and Jesse Eisenberg; and Don Cheadle’s Miles Ahead, in which the actor-turned-director also stars as musician Miles Davis.

Guests this year will include Richard Gere for Time Out of Mind, Natalie Dormer for The Forest and director Ben Wheatley for High-Rise, his new film starring Tom Hiddleston and Sienna Miller. Comic book writer Mark Miller will also be on hand for The Road to Civil War, which will feature the debut of Marvel Renaissance, a documentary charting the rise of Marvel Studios.

Co-director Allison Gardner had this to say of the festival’s 2016 strands:

“We’ve got some exceptional premieres in our Gala strand, a great and thoroughly original line up of documentaries in Stranger Than Fiction, and a really charming, child-friendly Modern Families programme headlined by the UK premiere of Disney’s Zootropolis.”

In addition to its 60 UK premieres and 59 Scottish premieres, including a number of Argentine titles as part of this year’s Country Focus, titled Roads to the South, GFF16 will also feature retrospectives celebrating the great double-acts from Hollywood history. These include Olivia De Havilland and Errol Flynn in The Adventures of Robin Hood, Robert Redford and Paul Newman in  Butch Cassidy and the Sundance Kid, and Elizabeth Taylor and Richard Burton in Who’s Afraid of Virginia Woolf?

Coincidentally, a screening of D A Pennebaker’s concert film of Ziggy Stardust and the Spiders From Mars will also allow fans to pay their respects to the late David Bowie.

The programme for Glasgow Film Festival 2016 can be viewed in full here.

In The Earth Review