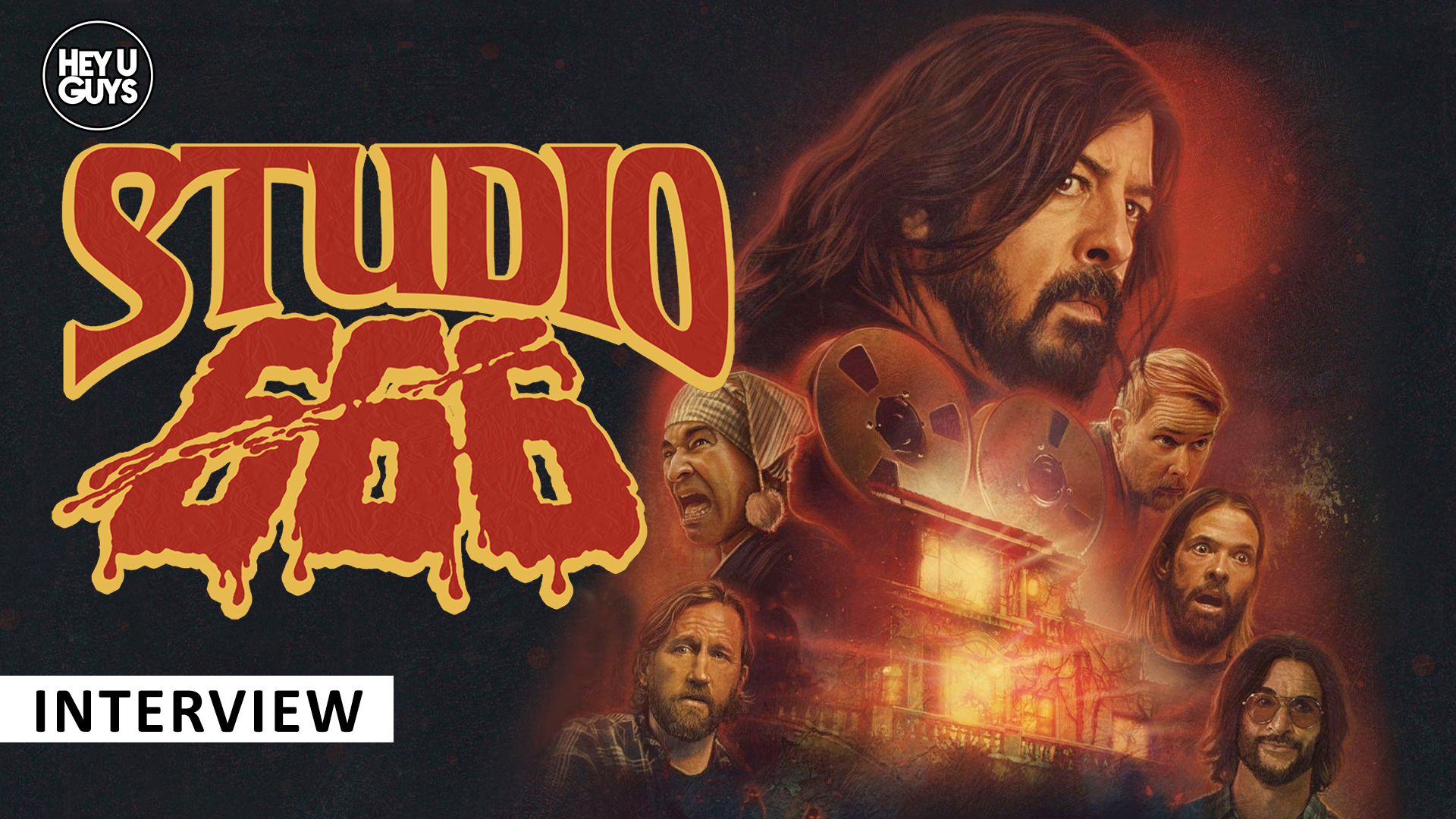 ***Please note, this interview took place in February 2022, prior to the tragic passing of Taylor Hawkins***

As a movie site, it’s not every day we get the opportunity to interview famous musical artists, and in truth, true rock ‘n roll superstars. But if they go and make a movie, our chances are somewhat heightened. Thankfully for us, the Foo Fighters have created Studio 666, a comedy horror flick where the band play themselves, and after a theatrical run it’s now available to watch at home.

To mark this occasion, we spoke to frontman Dave Grohl, alongside bandmate Nate Mendel, about the origins of this project, and what it was like for the band to star in a piece of cinema. Following on from the themes in the film, we also speak about writer’s block – and if they’ve ever suffered, and they also tell us about their own experience dabbling in real life supernatural events. Finally, given the film’s home ent release, we ask what the band’s go-to movie is at home.

Members of the rock band Foo Fighters move into an Encino mansion steeped in grisly rock ‘n’ roll history to record their much anticipated 10th album. Once in the house, Dave Grohl finds himself grappling with supernatural forces that threaten both the completion of the album and the lives of the band members.

Studio 666 is available to Download & Keep and to Rent on digital now here.