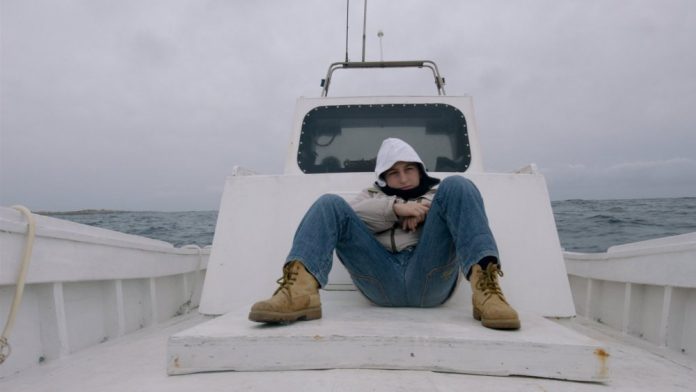 A young boy trudges across a windswept, rocky outcrop. He climbs a tree, snaps away the perfect branch for a slingshot and proudly marches off to show his friend.

This stoical smokescreen sets the tone for Gianfranco Rosi’s film. The Italian director won the Golden Bear at Berlin film festival for his portrait of the growing crisis on the – now infamous – Italian island of Lampedusa. But it’s a film that ostensibly deals more with the daily gripes of a precocious 12 year old than it does with the thousands of refugees making the dangerous journey overseas onto his doorstep.

Rosi executes the whole thing with rare sensitivity. Whilst the terrified swathes of Northern African war refugees arriving on Italian soil are a constant presence, they are set mostly out of eyeshot.?They are the intermittent newscasts in-between radio folk songs or a brief distress signal to a coastguard, cut off in ominous silence.

And, as we follow this ordinary, precocious 12-year old Francesce to school, to the opticians, to visit his grandfather, we realise his story is no red herring. The effects of the crisis on Lampedusa’s soil is everywhere, but Fire at Sea reminds us that even those in its direct line can grow detached from atrocity.

By not bombarding us with excessive tales of humanity in crisis, we look for it instead in the film’s blank spaces and silences. As Francesce plays an imaginary sniper, survivors from Eritrea, Libya and Syria sing of their plight from one war torn region to the next. One scene sees the little boy hypothesising about his ‘anxious’ state-of-health to a doctor, who has elsewhere been describing the innumerable child autopsies he’s had to carry out in the past year.

Rosi’s stoical film makes us feel the crisis more powerfully than any emotional call-to-arms could have done. A vital and harrowing picture of one of the worst humanitarian crises in history, Fire at Sea puts in context the incomprehensible statistics. Essential watching.