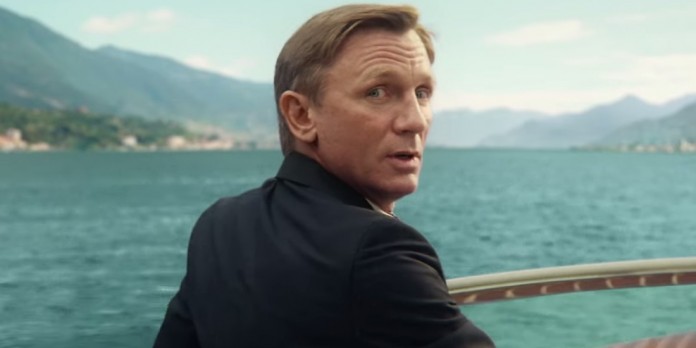 You may recall that a rumour started doing the rounds some time ago that Daniel Craig had asked to make a secret cameo appearance in Star Wars: The Force Awakens, with Simon Pegg inadvertently revealing that the James Bond actor plays a Stormtrooper in the movie.

Craig denied that a few months back – “Why would I ever bother doing something like that? F***ing hell! Pffft. Play an extra in another movie.” – but it’s now been revealed that he did indeed show up in Star Wars: The Force Awakens in a very easy to miss appearance.

According to Entertainment Weekly, they’ve learned that Craig is the Stormtrooper who a captured Rey convinces to let her go by using the Force. He even has a few lines (“I’ll tighten those restraints, scavenger scum,” he says in reply to her request to free her), though whether that’s actually his voice is hard to say and will require a repeat viewing to be sure!

Why did he decide to play this Stormtrooper in Star Wars: The Force Awakens? One of the site’s insiders claims it was for “s**ts and grins”, but regardless of the reason, knowing that it’s 007 within that armour certainly makes an already brilliant scene even better!

Don’t forget to check out our Star Wars: The Force Awakens review by clicking right here!