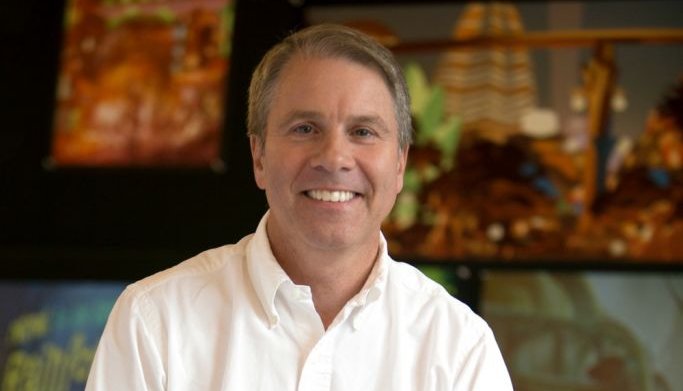 Ever since Steamboat Willie first whistled his way down the river in Walt Disney’s 1928 short, the animation studio have been bringing dreams to life, shaping and informing our childhoods. The next generation are fortunate enough to have similar experiences, as Disney have maintained that sense of quality control – evident in their latest endeavour, Zootropolis.

For every dream realised on the silver screen, there are series of creative minds behind it – and Clark Spencer, the film’s producer, is one of them. Credited with the likes of Lilo & Stitch and Wreck-It Ralph – he explained, exclusively to HeyUGuys, that despite his role, he is still mesmerised by what the studio has to offer.

“As a kid you never think this could be a possibility,” he started. “I grew up with Disney movies, and to know I’ve made films that sit alongside those I loved, you can’t help but get choked up, because somehow I’ve been very lucky and fortunate to get to be a part of this incredible company with incredible artists.”

“Though you understand the process and know how hard it can be, if the stories are well told you tend to get caught up in the story and you forget all of that. That’s ultimately our job.”

Spencer had originally worked in finance – but admits he found his calling when becoming embroiled in the world of Hollywood producing.

“I came from finance, I was working on Wall Street and one day somebody asked if it was truly my passion – and I thought, no, I want to get into filmmaking. My parents own a movie theatre so I decided to head out to LA. Then this opportunity came around to produce Lilo and Stitch and I thought, how did that happen? Really? This is my dream to do this.”

Zootropolis represents an ambitious title for Disney, as the story of a bunny who wants to be a cop, teaming up with a traditional adversary in the shape of a conniving fox, to get to the bottom of a conspiratorial set of events throughout the city. Though thriving in the archetypal tropes of the genre, Spencer explains there is something refreshing and unique about this picture.

“The Lion King was the last animal movie we did, if you go anthropomorphically it goes back even further – so for us it’s a new thing we haven’t done for a long time, but people remember all of those great films. So in some ways we’re returning to those roots, and yet we’re taking it to a modern level and that’s what people will be surprised at.”

The film is classically comedic and yet so poignant too, in a way that Disney have perfected over the years – and Spencer tells us that achieving that is one of the very hardest tasks.

“It’s hardest thing,” he said. “We start by building the characters and the world, and we try to figure out how we get humour into that, it’s one of the most important qualities to our work, ensuring the audience are entertained. But you have to build to a moment where we’ve fallen in love with the characters and then when a certain scene happens it’s going to be very emotional.”

“It’s a building process, it’s not as simple as putting an emotional moment in here, if you haven’t build the movie correctly and you haven’t got people going on the journey in the correct way with the characters, it won’t build to the right emotion. It’s the hardest part to the process, but we have to get there, because for me it’s that emotion that makes the audience fall in love with the characters, and then stay in love with them well beyond finishing the film.”

“But nothing is more important than the story, it’s why people can make a movie for 500k and have the audience go on a journey and love it, whereas it can be made for 150m and not get to that same place. You’ve gotta make the story the number one thing – but as John (Lasseter) always says to us, the world has to be believable, and it’s that attention to detail that makes the world more immersive.

“When creating this, we knew it had to be an amazing world. It’s big and expansive, but it has to have life to it. Early on it became one of the biggest challenges to keep this world alive.”

Spencer was full of praise for Lasseter, the Chief Creative Officer of the animation studio – and how he has helped transform the company since his return in 2006.

“John has put the filmmaking back in the hands of the filmmakers,” he said. “What’s amazing about him is that he loves this art form so deeply, he’s a kid at heart which is awesome and so passionately believes in people, and gives you a lot of trust and support. Plus, because he’s not making this movie every day, we meet him once or twice a week, he has this great ability to be on the outside looking in, and he brings that perspective. In the world of filmmaking I don’t know anyone who has a better understanding of what it is that will make somebody laugh, or cry. He has that ability, and he is always right.”

Finally, we couldn’t help but ask about the scope in there being a Zootropolis exhibit at Disney World, given just how well the setting lends itself to a theme park reimagining. It’s an idea that excites Spencer, but not one he admits to have given an awful lot of thought to.

“You always dream and hope for that, but when we create these films we don’t think about the larger company, we just want to create a good story with great characters and that world could become a world at a theme park, but we’re never given that as a mandate, we just focus on making a movie the audience want to see and let the rest of it come, if it should come.”

Zootropolis is released on March 25th. You can read our review here, and watch our interview with the directors here.