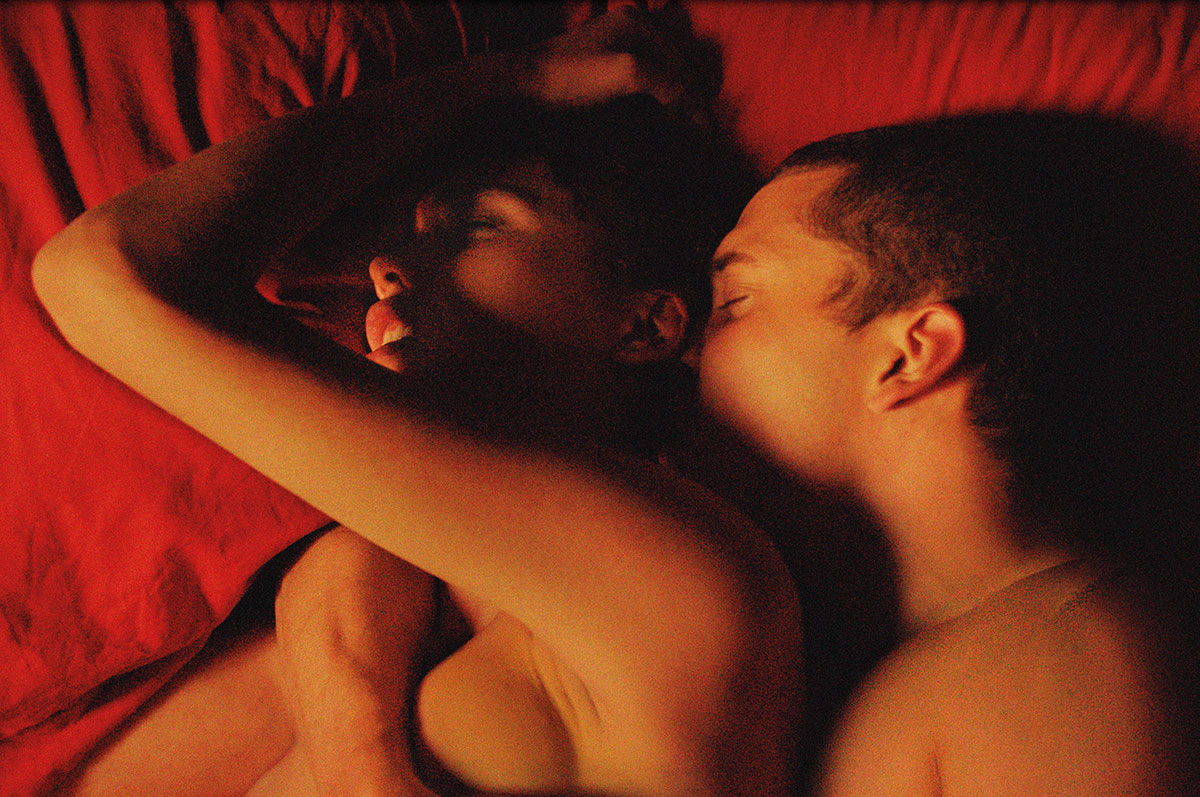 The film opens on New Year’s Day. Murphy (Karl Glusman) wakes up wasted, his kid crying and his partner Omi (Klara Kristin) sleeping at his side. Murphy is not a happy man. His voiceover laments his lost love Electra (Aomi Muyock) and whinges about how he feels trapped, a prisoner in his own home, which has been stripped of its bachelor-pad accoutrements.

When Murphy receives a call from Electra’s mum, Murphy worries for her wellbeing and swallows the opium Electra had given him for just such an occasion. From here on in, we head into the past to the beginning of their love story.

Noé has added plenty of self-referential jokes to keep the audience entertained: Murphy’s son is called Gaspar and Electra works for the Noé Gallery. When we finally meet the owner, who was also Electra’s lover, it turns out to be the director in a dodgy wig. Murphy is a filmmaker, and great movies and directors are namechecked, from Space Odyssey 2001 to The Birth of a Nation. He espouses the same arguments that Noé has made about cinema: that he wants to show love and sex together as something real and that it is lacking in our cinematic experience.

The problem is that we never see Murphy do a scrap of work. Electra is an artist and together they live in a Parisian apartment, but there is no sign of how they make their living. When Omi moves in next door, it transpires that she is sweet sixteen and is living alone. What does this child do and how does she pay her bills? Noé can’t expect us to believe in these people if they have no anchor in reality.

Also, for all the director’s brave and unflinching look at sex, when we see a close-up of his penis it is clearly a fake, just as his sex scene with Electra is feigned. The man needs to put his money shot where his mouth is.

The best thing about the film is the sex, and there is a lot of it, to the extent that by the time you’ve seen Murphy’s dick in Electra’s hand for the umpteenth time, you start wishing the film were a little shorter. Once you’ve accustomed yourself to the acting (let’s just say that Murphy is more watchable when he has something other than dialogue in his mouth), there are many tender moments and the two leads manage to convey an intimacy and we believe in their relationship.

The 3D effects are eye-popping and Noé has shown that there is a place for this level of sex in mainstream cinema. However, this is not his best work and nor is it his most shocking.