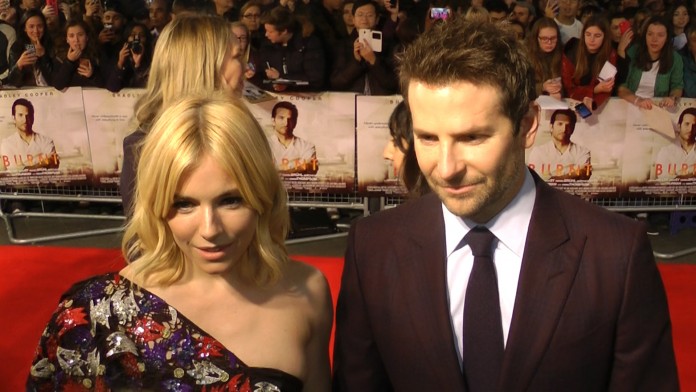 This evening Bradley Cooper and Sienna Miller took to the centre of town for the UK premiere of their latest film, Burnt.

The film is directed by john Wells, his follow up to the bursting-at-the-seams ensemble comedrama August: Osage County. Known to many as the man who picked up The West Wing ball after Aaron Sorkin left, he also negotiated a Atlantic translation of Channel 4’s Shameless. Wells directs Steven Knight’s script from a story by Michael Kalesniko.

Bradley Cooper’s unstable chef is recovering from a bad case of dangerous living whiplash after crashing and burning in Paris. He is rebuilding his life in London and his recovery and rivalries make up the meat of this particular dish.

Our choicest cuts Cassam Looch and Colin Hart were on the ref carpet, poised to dive into conversation. Let’s see how they got on, shall we?

Adam Jones was a Michelin starred chef riding high at the top of the Paris restaurant scene, until his dangerous lifestyle caught up with him and he lost it all. With most of his rivals thinking he’s dead, Adam heads to London with a plan to explode back onto the restaurant scene.

Burnt is out in cinemas on the 6th of November so get your apron on.