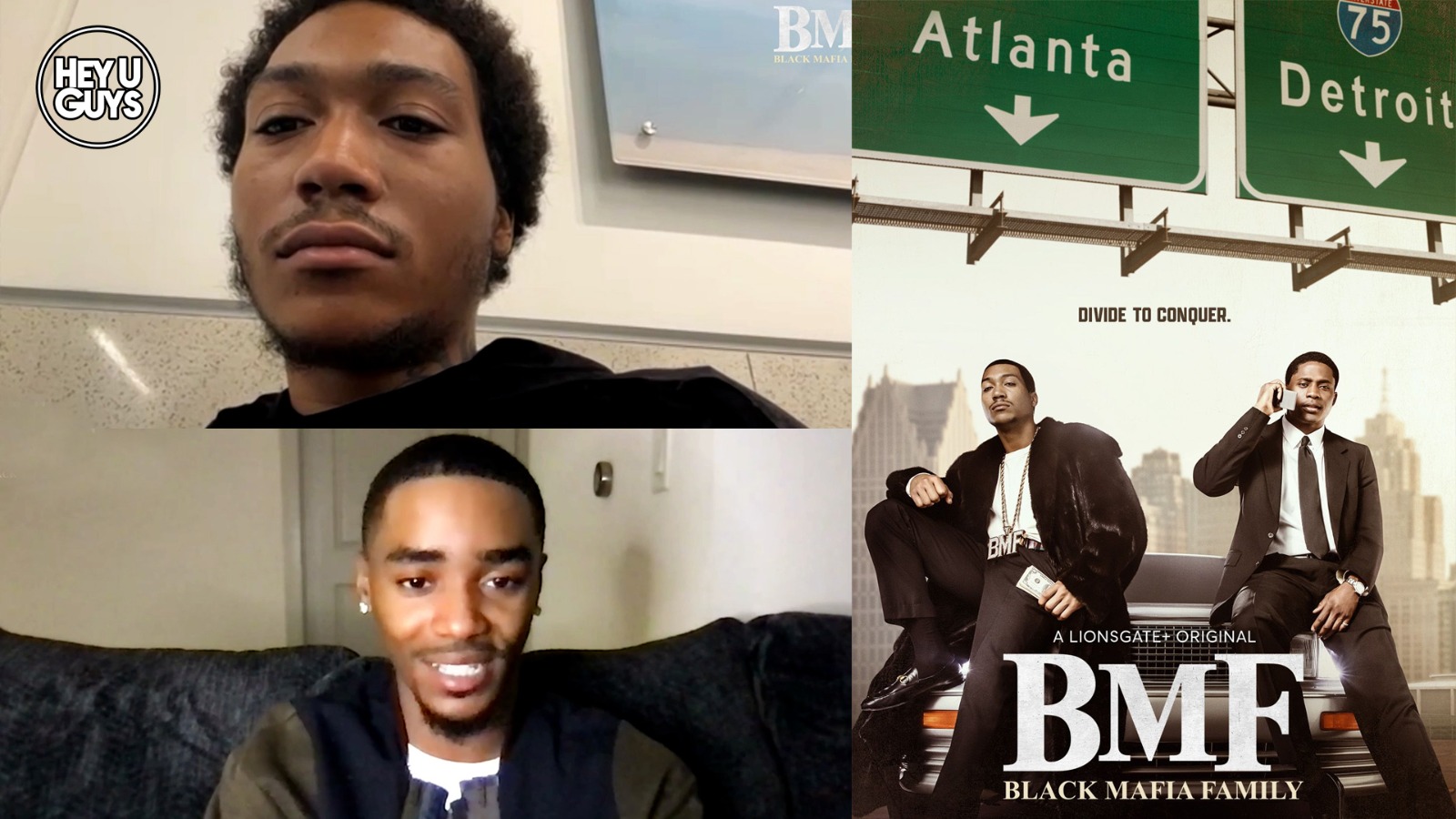 Following the success of the first season, the 50 Cent produced crime series BMF is back with a eagerly anticipated second run, and to mark the occasion, we once again had the pleasure in speaking to several of the talented individuals who make up this show, some familiar, and some new.

Below you can watch four interviews, in their entirety, that we conducted with members of the leading cast. First up we have the leading star Demetrius ‘Lil Meech’ Flenory, who is paired with Myles Truitt, before we chat to Da’Vinchi and La La Anthony. Next up we have newcomer Kelly Hu, who plays a detective in this real-life story, before we finish up with the more experienced heads Michole Briana White, alongside Russell Hornsby.

BMF returns for a second hit season and dramatizes the inspiring true story of two  brothers, Demetrius “Big Meech” Flenory (Flenory, Jr.) and Terry “Southwest T” Flenory (Da’Vinchi), who rose from the decaying streets of southwest Detroit in the late ’80s and gave birth to one of the most influential crime families in the country, Black Mafia Family. BMF continues to humanize the choices of the brothers and their pursuit of the American Dream. Rooted in family, loyalty, and brotherhood, the series explores the brothers’ complex familial relationships with their parents Charles Flenory (Hornsby) and Lucille Flenory (White), who seek counsel from their spiritual advisor Pastor Swift (Snoop Dogg). Rooted in authenticity and told with grit, heart, and humor, we parachute into the season with Meech and Terry at odds. Meech wants to expand the business beyond Detroit, while Terry is focused on school and launching a legitimate car-ride service with his Pops.. But as the season unfolds, the streets implode, and the brothers must weigh their options. Our heroes risk losing everything as they seek to become stronger than ever and strategically execute a new vision for themselves and their businesses. Along the way, they form an alliance with Goldie (Mo’Nique), a sophisticated Atlanta strip club owner who helps Meech lay the groundwork for his future. Expanding beyond Detroit to Lansing, Ohio and even the South, the brothers face nearly insurmountable obstacles, are confronted with a shocking discovery about a member of their own crew, and battle for every inch of territory.
BMF premieres on LIONSGATE+ in the UK on 6 January

Win Batman: Soul of the Dragon on Blu-ray™