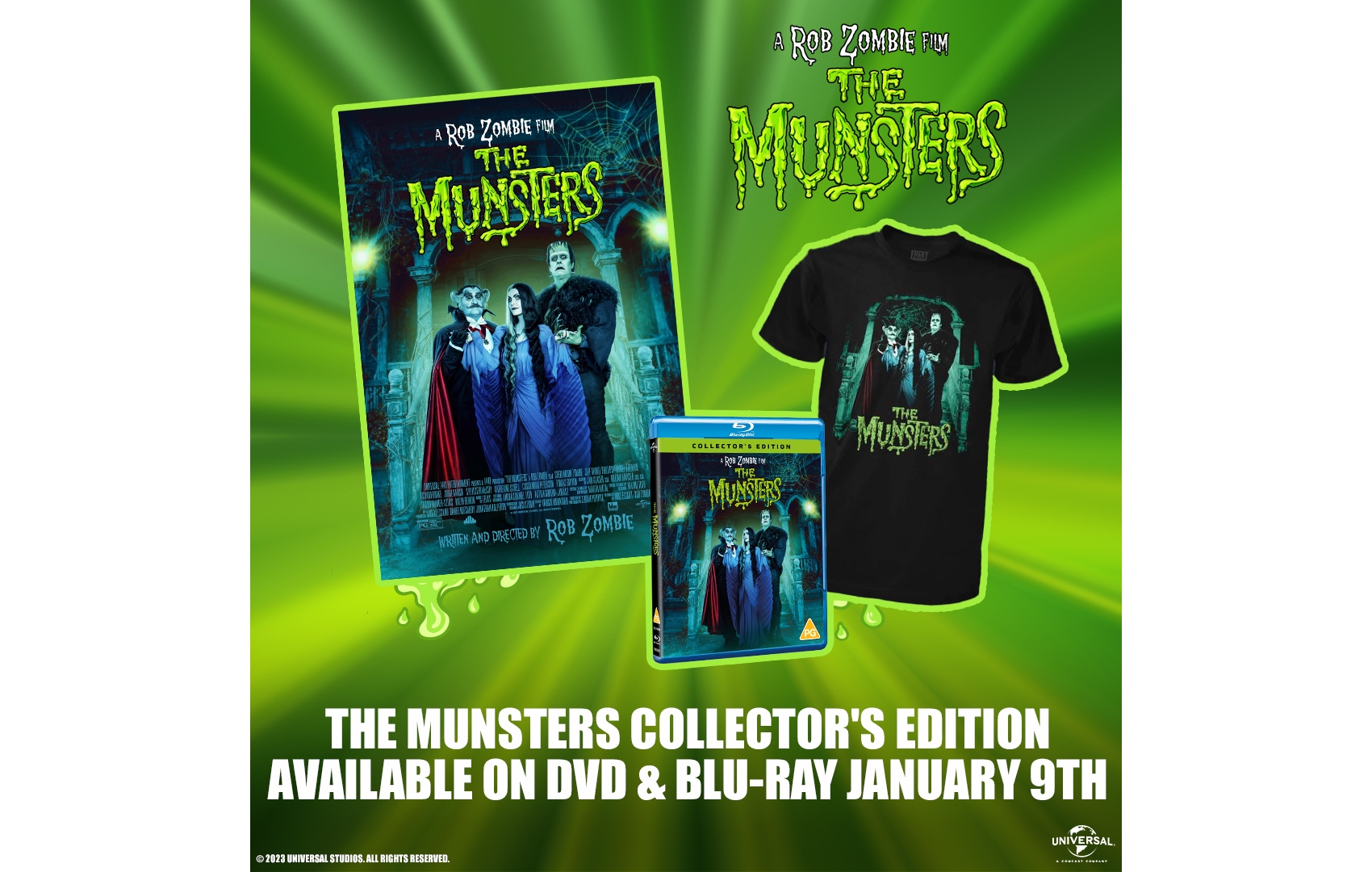 To mark the release of Rob Zombie’s The Munsters, out now, we’ve been given 2 prize bundles to give away. Each bundle includes:

Lily (Sheri Moon Zombie) is just your typical 150-year-old, lovelorn vampire looking for the man of her nightmares… that is until she lays eyes on Herman (Jeff Daniel Phillips), a seven-foot-tall, green experiment with a heart of gold. It’s love at first shock as these two ghouls fall fangs over feet in this crazy Transylvanian romance. Unfortunately, it’s not all smooth sailing in the cemetery as Lily’s father The Count has other plans for his beloved daughter’s future, and they don’t involve her bumbling beau Herman.