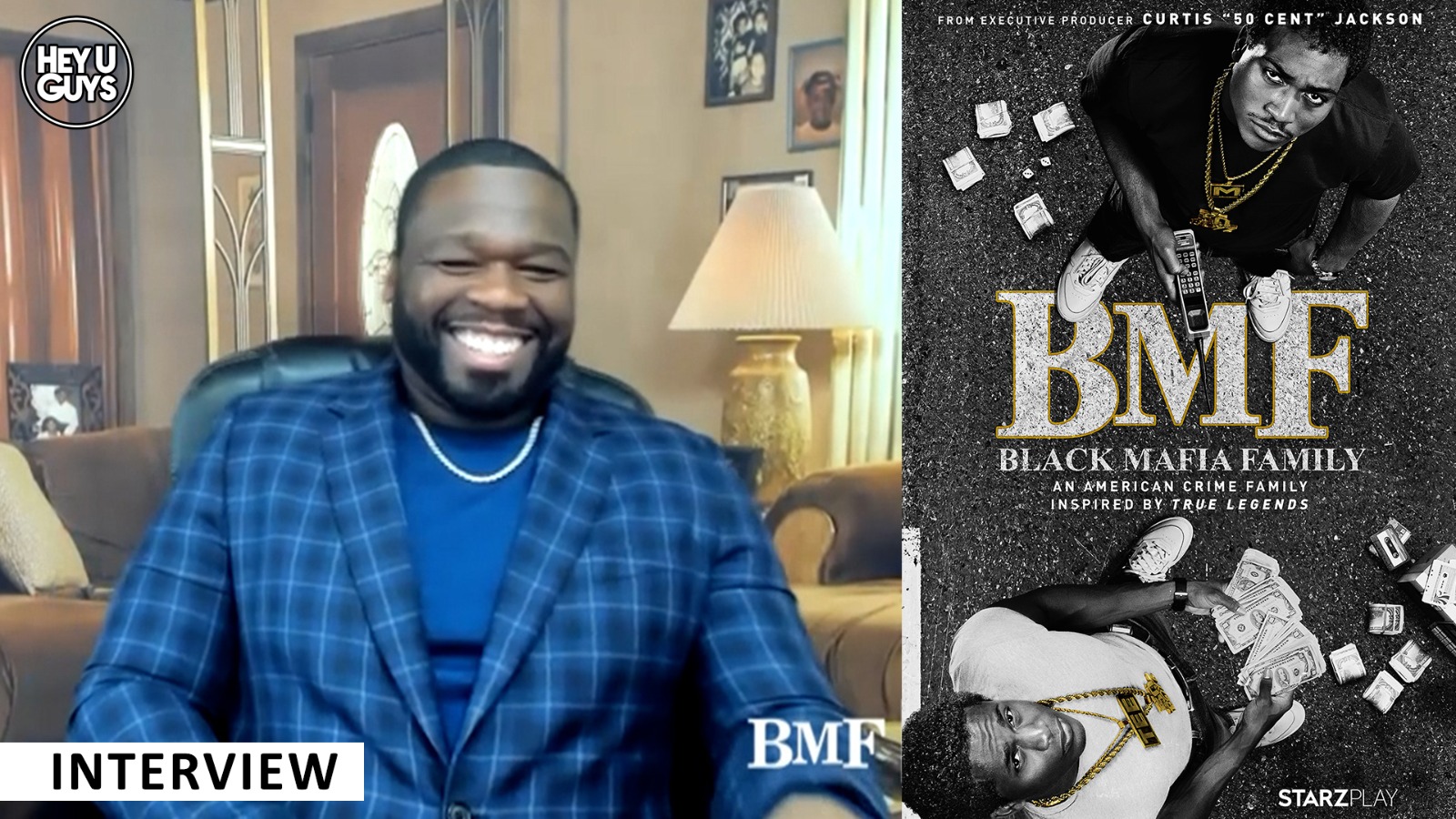 At the age of 16, the only CD (remember those?) I left in my walkman (remember THOSE?) for about six months, without changing, was Get Rich or Die Tryin’ by 50 Cent. So needless to say, having the opportunity to speak to the artist was one we had to grab at, and no less because of the strength of the show he’s promoting. 50 Cent is the producer of new Starzplay series BMF (Black Mafia Family), which tells the true story of Demetrius ‘Big Meech’ Flenory. We had the pleasure in speaking to 50 about this story and working with the likes of Eminem and Snoop Dogg, and why he wanted to cast the real life subject’s son, ‘Lil Meech’ to play his own father. He also speaks about his musical career and what the future holds.

It wasn’t just 50 Cent we spoke to either, as below you can find interviews with Lil Meech, as we discuss the challenges, and beauty, in playing his own father on screen, and whether he feels he has learnt anything about his own family in this unique process. He too discusses his career aspirations, and how thankful he is to 50 Cent for giving him this opportunity. And finally, we spoke to his on-screen mother, Michole Briana White, as she talks about her process as an actress playing a real life person, and also talks about the reboot of Fresh Prince of Bel-Air, given she had something of a brief, if iconic role on the show… Watch all three interviews in their entirety below.

Two brothers who rose from the decaying streets of southwest Detroit in the late 1980’s and gave birth to one of the most influential crime families in the country.

BMF premieres on Starzplay in the UK on 26 September.

Win Den of Thieves on Blu-ray