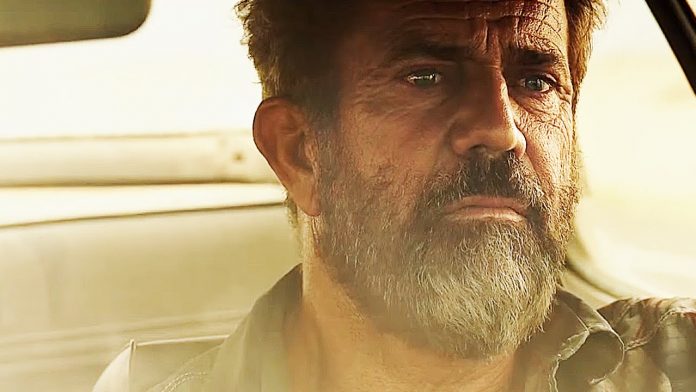 To describe Mel Gibson’s later career as a bit bonkers would be something of an understatement. The actor has drenched himself in controversy for the best part of a decade and so it seems quite fitting that in his latest movie, Blood Father, he takes on the role of an ex-con trying to make penance for his former sins.

Blood Father, directed by Jean Francois Richet, of Mesrine: Killer Instinct fame, is the story of Link, a grizzly ex-con turned tattoo artist, whose daughter has got herself into a little trouble with the cartel and is now being chased across the country by a Sicario. Gibson plays Link whilst Erin Moriarty takes on the role of his daughter Lydia.

On the outside Blood Father looks as though it is cut from the same cloth as the likes of Taken, and whilst the film does owe a degree of debt to Neeson and his fictional family, Blood Father has many qualities that the Taken franchise is severely lacking in. First and foremost Lydia is a well developed character, giving us something to root for – Erin Moriarty excels in what could have been a two dimensional role in a lesser movie. But the big selling point of this movie is Mel Gibson, and not just for novelty purposes, this is one of his finest performances in recent memory.

When we first see Gibson’s Link it is through a close up shot of his face and the thing that stands out more than anything is how aged he has become. The lines that cover his face add a gravitas to the character and the beard which he hides his face behind suggests years of torment. Link is an ex-alcoholic and we first meet him attending an AA meeting and from the word go Gibson delivers every line with a weight that has been so absent from so many of its counterparts. Gibson has his demons and he lets them come out here and the movie is all the better because of it. It’s easy to forget what a screen presence Gibson has, he is a natural on screen and it is difficult to take your eyes off him here.

Blood Father will likely be marketed as an action movie and for the final part of the movie it is just that but for the best part of its compact 88 minute runtime it is a tale of the redemption of an absent father. The script is jam packed with good dialogue and Gibson is totally viable as the father who has made too many mistakes to fix, but is trying to do one good deed before his time is up.

The script, also written by Richet, is full of snappy dialogue that makes the movie sparkle. Link describing his daughter ‘every loser’s lucky day’ or an exchange between Lydia and Link about the impact of Mexican immigration feels particularly on the nose. Blood Father is one of the most surprising movies of 2016 so far. The film is one about redemption and after this, Gibson can consider himself well and truly redeemed.

“We’re facing the end of the world!” Trailer drops for Netflix animation ‘Trollhunters: Rise of the Titans’