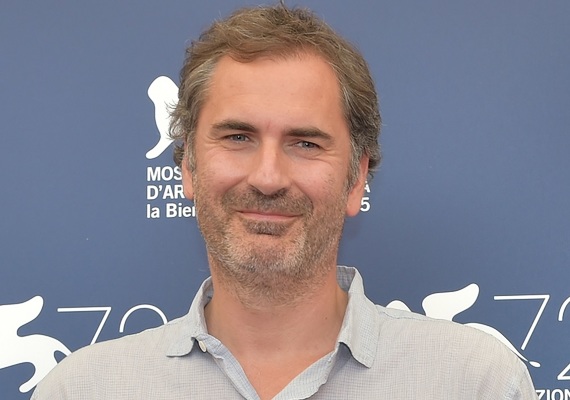 You wouldn’t be able to tell from the title, but Xavier Giannoli’s Marguerite is based on the story of Florence Foster Jenkins – also the subject of the forthcoming Stephen Frears biopic starring Meryl Streep in the title role.

Though the latter comes with more pedigree, it will take a special production to better this indelible endeavour, and to mark the film’s release we caught up with Giannoli, in Paris, to discuss the project.

In the UK we have a very popular talent competition for singers called X Factor. People are interested by it most during the beginning, when people are really bad. People lose interest when we’re left with just good singers. What is our fascination with those who can’t sing?

I can answer with something very simple – if you type on a keyboard it’s not funny. If you move the keyboard and continue to type, it’s funny. The French philosopher Bergson said ‘Laughter is mechanics imposed upon the living’. When somebody is walking down the street, if he trips on the pavement there is something funny about that. When Chaplin falls over, it can be beautiful.

Though poignant, sad and comedic, there’s something suspenseful about this movie too, the idea of Marguerite not discovering what people really think of her. Was it difficult to balance those different themes?

No it’s not a choice to balance these themes, it’s not work for me, it’s an instinct. My feeling about this character is that she’s very funny and that it was embarrassing for her. I like laughing and feeling embarrassed, she’s ridiculous, but she’s beautiful. It’s these mixed emotions which make her an original cinematic character.

Which makes it tragic.

Of course, because it’s cruel. She’s lonely. My favourite song by Roy Orbison is ‘Only the Lonely’. I love this title. There is something about the loneliness of somebody in the middle of a crowd. In cinema I love to be alone with the main character, I love the moments where the main character is sat in their room alone, and I am alone with them. There is something beautiful in the loneliness of a character in cinema. It touches us because we’re all afraid about it, and the lack of love, to feel that nobody understands you. Marguerite was important for me, to tell the story of a character who loves art without expecting anything. She just loves beauty and she wants to share it, but what is interesting and human, is that she’s obsessed with beauty but is a terrible singer. That’s why it’s tragic and funny.

This is based around Florence Foster Jenkins of course – I understand why you changed the setting from the US to France, but was wondering why you opted to change the period? Because there’s a 20 year difference?

I need this distance to make my own story, I don’t want to make a biopic. I’m not interested in biopics, I prefer documentaries. For example I recently discovered the Martin Scorsese documentary on George Harrison and I loved it. ‘Living in the Material World’ – it could be the title of Marguerite. I understand these kind of documentaries, even if it’s a personal vision of Scorsese, but in cinema I don’t understand biopics. I prefer to see something true about the character rather than pretend.

There is such a huge wave of biopics these days – who do you think that is?

I think it’s a huge problem today. You have Batman, everybody knows it isn’t true, so the original need of this fantasy world exists, but after that it becomes difficult for people to believe in something now. ‘Based on a true story…’ would be a great title for a film. Oh shit, that could’ve been the title for my film ‘Superstar’. Shit! That’s a fucking good title.

There’s even a Florence Foster Jenkins biopic coming out, by Stephen Frears and starring Meryl Streep. Are you interested to see that take?

I am very curious. I know it’s a more classical biopic and I’m curious. I’m glad it’s coming after my film. I hope the two films do not damage each other, I don’t think they will.

You’re seemingly interested in the notion of truth – but Marguerite is a film about illusions.

Of course, I wrote on the paper at the very beginning, “We all need illusion to stay alive”. It’s very simple, the story is very simple. The first illusion was religion, afterwards it was politics and now it’s economics. I don’t know what will be next.

Can Catherine sing? Has she got quite a good natural voice?

That was the problem with her – she is a good singer. She did something terrible at the beginning, which was that she called me and said, ‘I have good news – I have found the best opera teacher’. I said, okay that is not good news, that is exactly what we don’t need. She began to work with her and her voice was great, and I told her it was absolutely not what we were looking for. I needed the voice to be comedic and embarrassing – so I told her to stop the lessons.

Marguerite is released on March 18th and you can read our review here.

Exclusive: Hugh Grant on Florence Foster Jenkins & why Meryl Streep is like the Lionel Messi of film