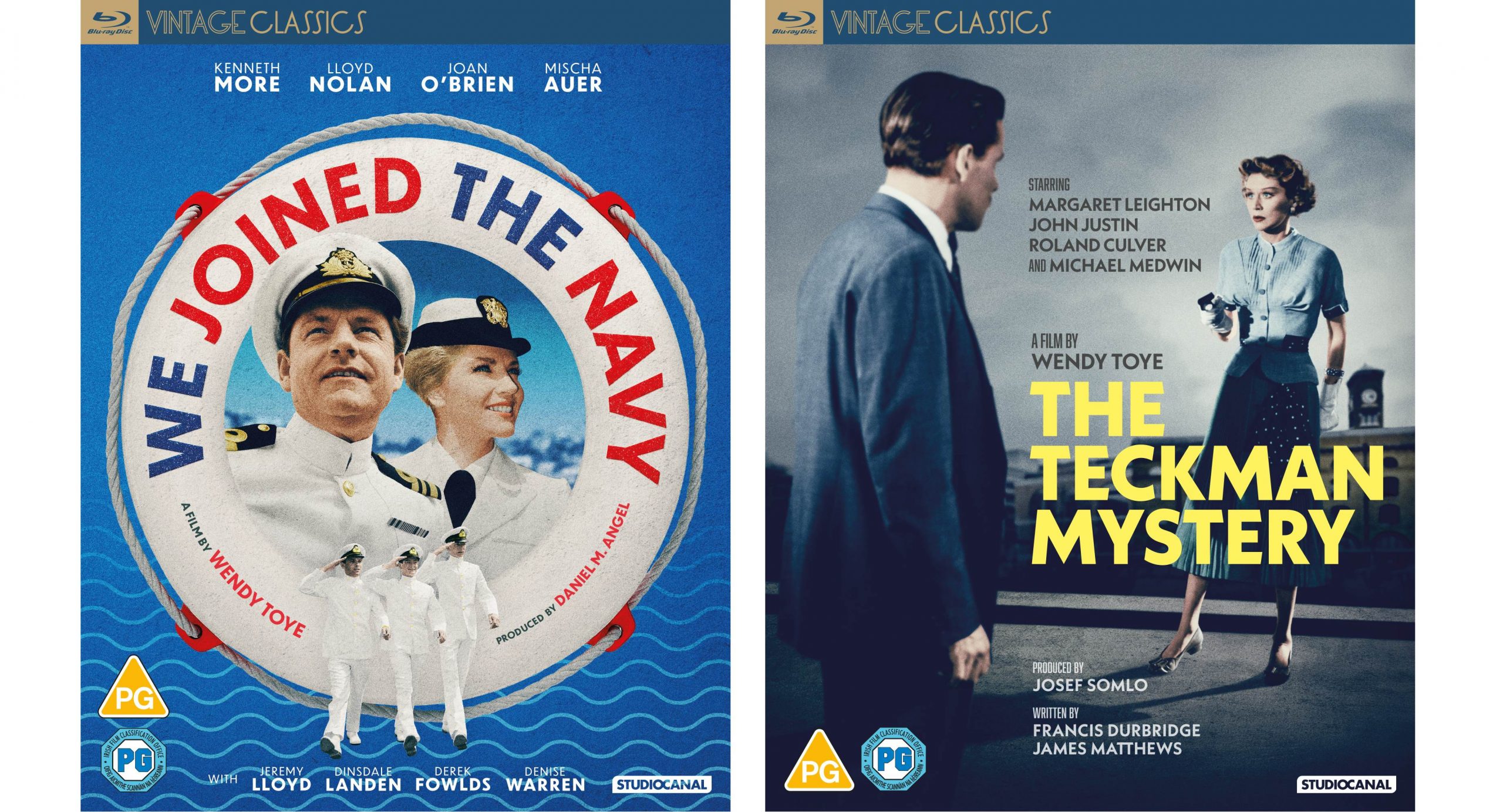 To mark the release of the brand new 4K restorations of THE TECKMAN MYSTERY and WE  JOINED THE NAVY, out now, we’ve been given a bundle of both films to give away on Blu-ray.

THE TECKMAN MYSTERY is a 1954 British crime mystery, directed by Wendy Toye and starring Margaret Leighton, John Justin, Roland Culver and Michael Medwin. Philip Chance is commissioned by his publisher to write the biography of Martin Teckman, a young airman who crashed and died whilst testing a new plane. But from the moment he arrives home, Philip Chance is beset by a series of ‘accidents’ which indicate strongly that there are people who do not want to see Teckman’s past investigated.

We Joined the Navy

WE JOINED THE NAVY is a 1962 British naval comedy starring British film icon Kenneth More, Lloyd Nolan, Joan O’Brien and Mischa Auer Directed by award-winning Wendy Toye. Lieutenant Commander Robert Badger is an excellent naval officer with one major problem. He speaks the truth at the most inopportune times, leading him to be transferred from ship, to shore, and then to instruct at the Royal Naval College. When his remarks are repeated by one of his students to his father, an anti-military Member of Parliament he has one last chance to prove himself

Competitions - Nov 7, 2022 0
To mark the release of the second series of Whitstable Pearl...

Win The Outer Limits on Blu-ray