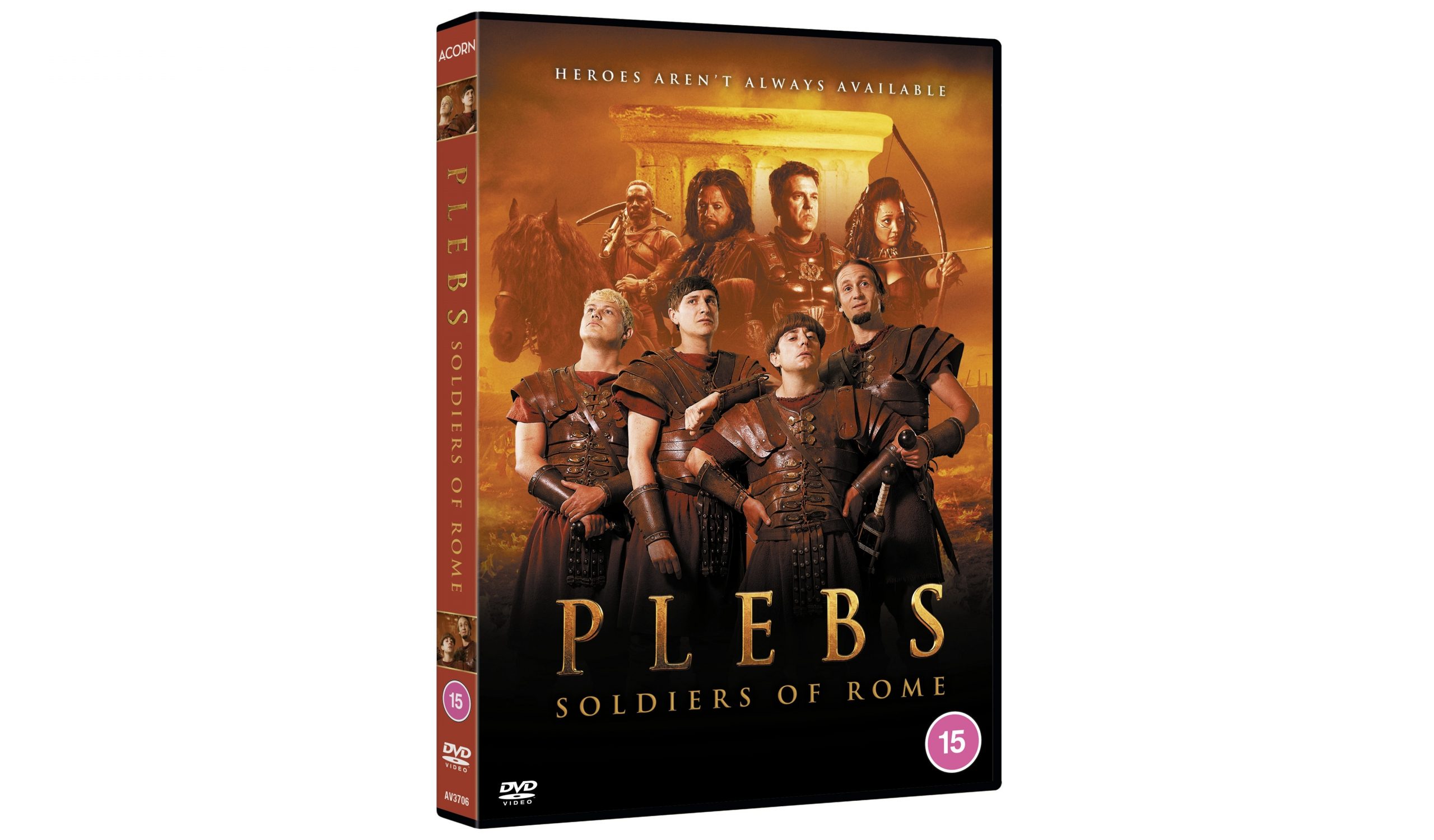 To mark the release of Plebs: Soldiers of Rome on 12th December, we’ve been given a copy to give away on DVD.

Plebs follows the lives of three hapless young men from the suburbs as they try to get laid, hold down jobs and climb the social ladder in the big city… of Rome in 23BC. Penned by Sam Leifer (How Not to Live Your Life) and Tom Basden (After Life) and starring Tom Rosenthal (Friday Night Dinner), Ryan Sampson (Brassic) and Jonathan Pointing (London Kills) alongside a stellar cast and inspired guest stars Including a host of TV favourites: Amanda Holden, Danny Dyer, Maureen Lipman, Simon Callow, Shaun Williamson, Lauren Socha, Tim Key, James Fleet, Michelle Keegan, Miriam Margolyes, Ellie Taylor and David Bamber.

In Plebs: Soldiers Of Rome Marcus, Grumio, Jason and Aurelius join the army in peacetime in the hope of gaining respect, to succeed in their ongoing search for romance, and more importantly, get discounts at participating restaurants. But when war is declared, they’re sent into battle on the front line, and to add insult to injury, they’re about to fight for a cause they don’t believe in. Now their only option is to struggle for survival…