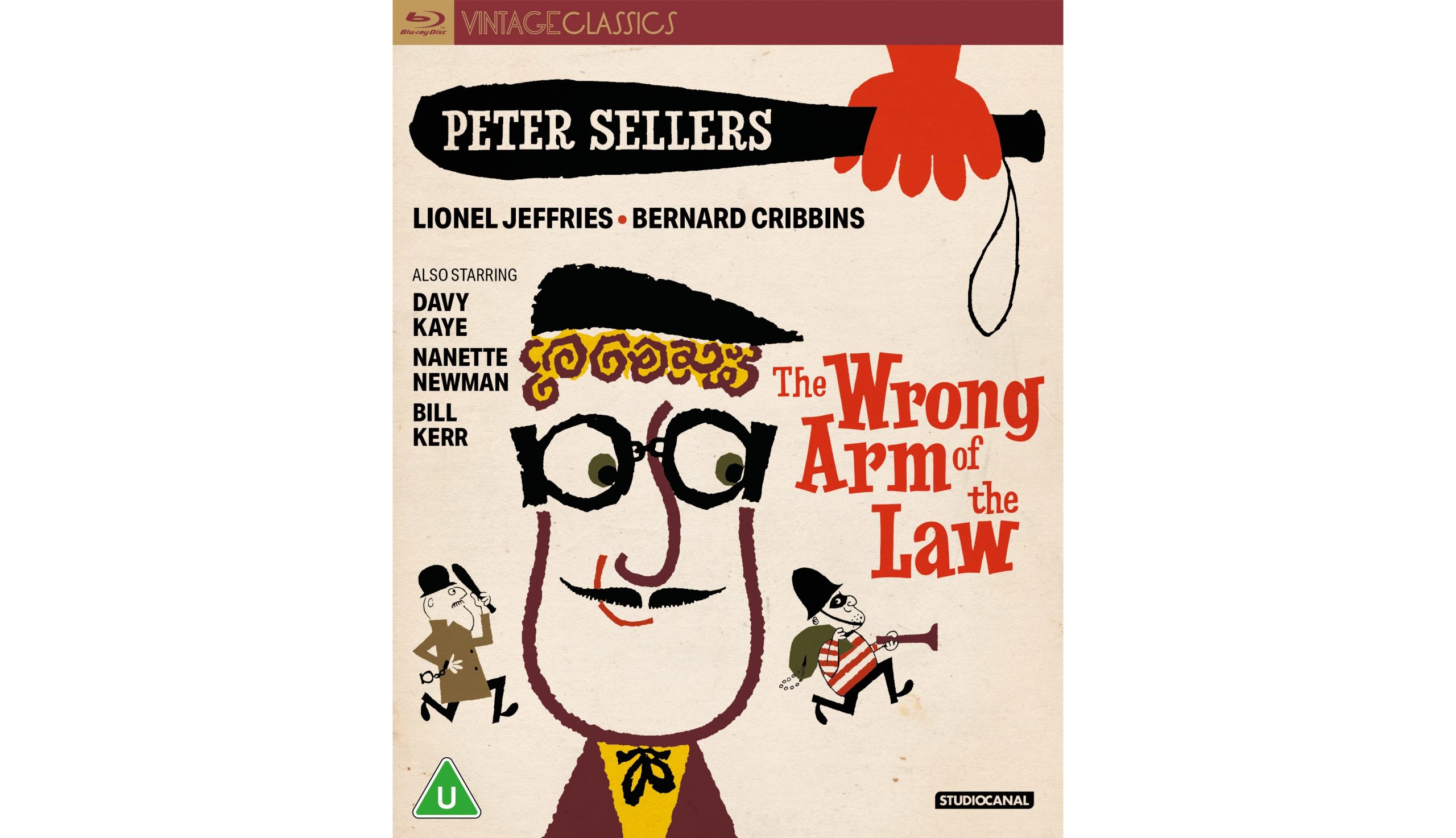 To mark the release of The Wrong Arm of the Law, out now, we’ve been given 2 copies to give away on Blu-ray.

In London, a group of Australian gangsters disguised as “Bobbies”, led by Jack Coombes (Bill Kerr), are diverting the ill-gotten gains of the local criminal gangs. Gang leader “Pearly” Gates (Peter Sellers), who operates from the cover of a French couturier, finds his takings severely cut. Initially he blames rival crook “Nervous” O’Toole (Bernard Cribbins) but when it emerges that they are both being scammed by the same gang, they form an unlikely alliance with Scotland Yard Police Inspector – Lionel Jeffries’ “Nosey” Parker – to eliminate the so-called “I.P.O. mob” (I.P.O. – Impersonating a Police Officer) and return things to “normal”.