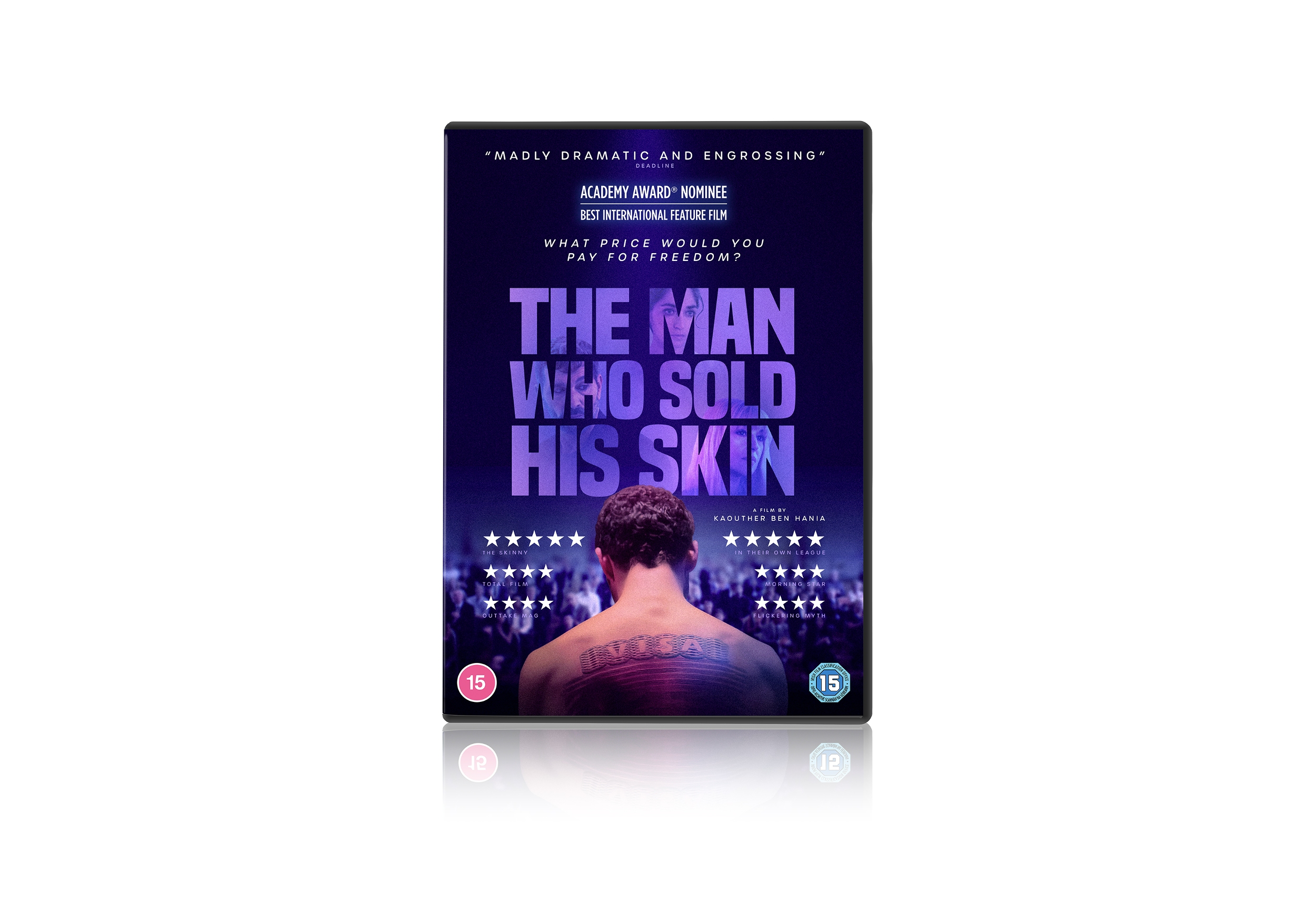 To mark the release of The Man Who Sold His Skin on 17th January, we’ve been given 3 copies to give away on DVD.

Directed by Kaouther Ben Hania, The Man Who Sold His Skin tells the story of Sam Ali, a sensitive but impulsive young Syrian man who is forced to leave his country for Lebanon to escape the war.  In order to travel to Europe to be with the love of his life, he agrees to have his back tattooed by one of the world’s most sulphurous contemporary artists. By turning his body into a prestigious piece of art, Sam finds himself held captive to the whims of the artist and the art world, proving his decision might mean anything but the freedom he so fiercely sought.

The Man Who Sold His Skin will release on EST from 10th January and DVD/ TVOD from 17th January 2022.