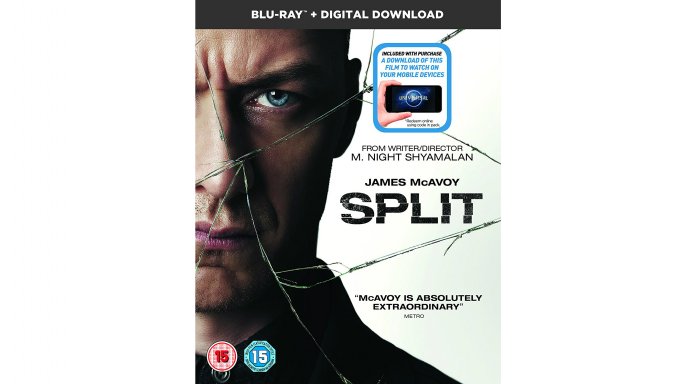 To mark the release of Split, out now, we’ve been given 3 copies to give away on Blu-ray.

Heralded as “one of his best films – period” (Alex Welch, IGN), M. Night Shyamalan returns to the screen with SPLIT. Kevin Crumb’s (James McAvoy) fractured mind has revealed 23 personalities, but one remains dangerously submerged, set to materialize and dominate the others. McAvoy delivers “the role of his career” (Peter Debruge, Variety) as Kevin reaches a war for dominance among all those that rage within him, threatening his stability and impacting the survival of everyone around him.

Split is available to own on Digital, Blu-ray and DVD now!