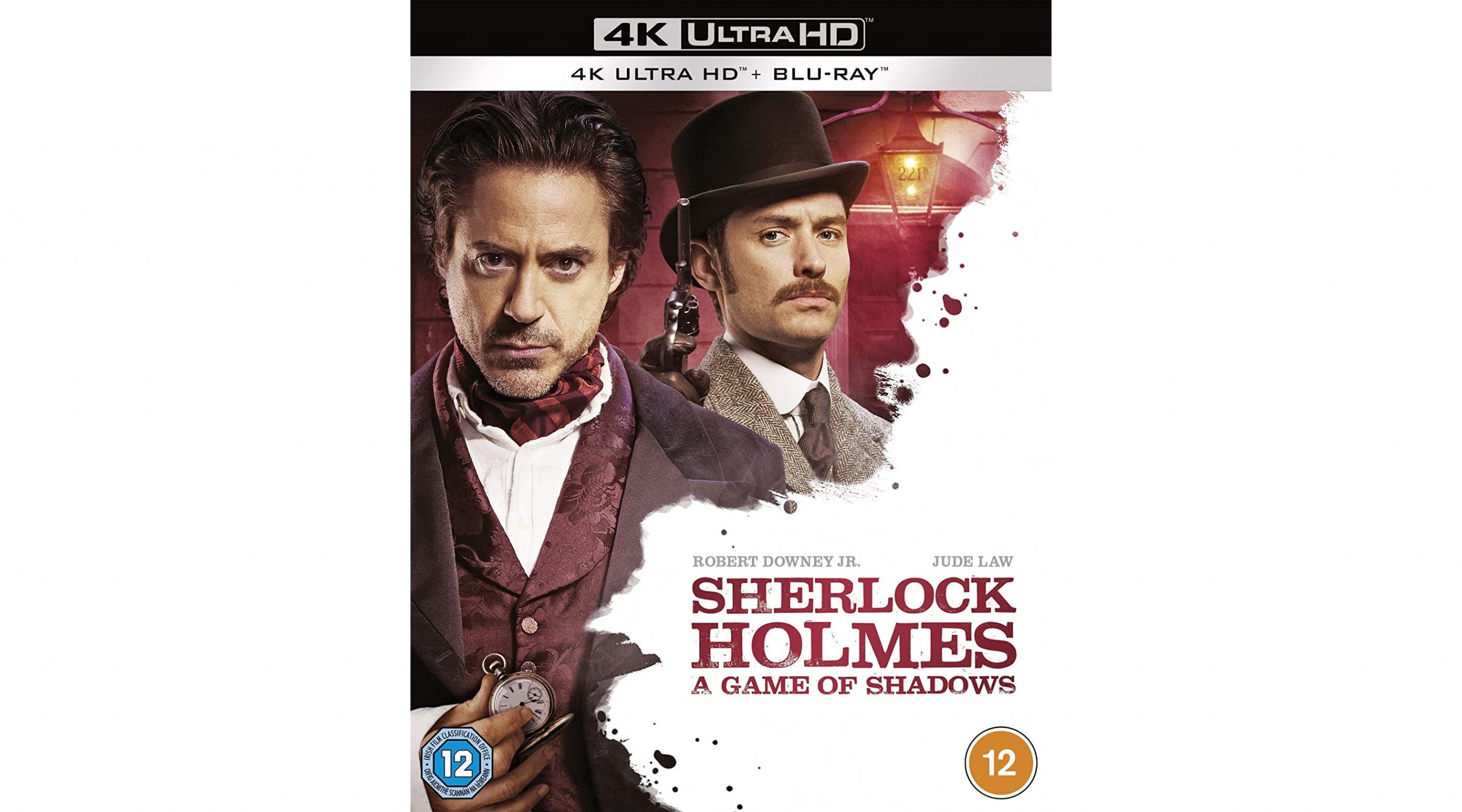 To mark the 4K Ultra HD Blu-ray release of Sherlock Holmes: A Game of Shadows on 31st August, we’ve been given a 4K copy to give away.

Around the globe, headlines break the news: a scandal takes down an Indian cotton tycoon; a Chinese opium trader dies of an apparent overdose; bombings in Strasbourg and Vienna; the death of an American steel magnate… no one sees the connective thread between these seemingly random events—no one, that is, except the great Sherlock Holmes, who has discerned a deliberate web of death and destruction. At its center sits a singularly sinister spider: Moriarty. Holmes’ investigation into Moriarty’s plot becomes more dangerous as it leads him and Watson out of London to France, Germany and finally Switzerland. But the cunning Moriarty is always one step ahead, and moving perilously close to completing his ominous plan. If he succeeds, it will not only bring him immense wealth and power but alter the course of history.