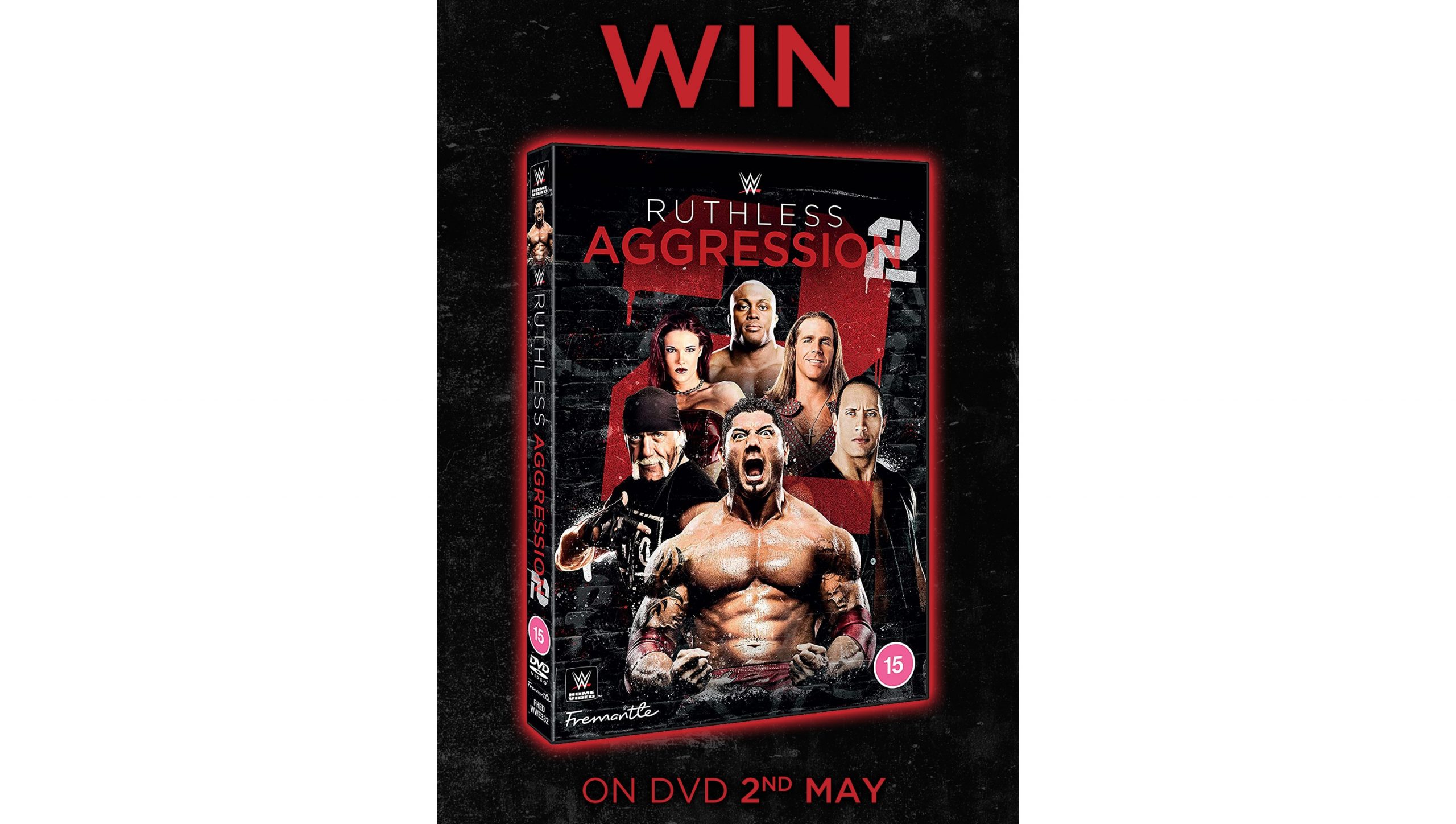 To mark the release of Ruthless Aggression Vol 2, out now, we’ve been given 2 copies to give away on DVD.

Ruthless Aggression is back! Picking up where its predecessor left off!

Witness The Rock’s acting career crossover, the growing fan resentment it created, and the unforgettable Hollywood character that was born as a result. Relive the first revolution of women’s wrestling, as superstars like Trish Stratus and Lita break down doors and set a new standard for the industry. Experience the birth of several innovative match concepts, such as the Elimination Chamber and Money in the Bank. Witness the resurrection of Shawn Michaels, as The Heartbreak Kid writes a second chapter to his already legendary career. And learn about the early days of WWE’s developmental system – from Ohio Valley Wrestling to new ventures like Tough Enough!