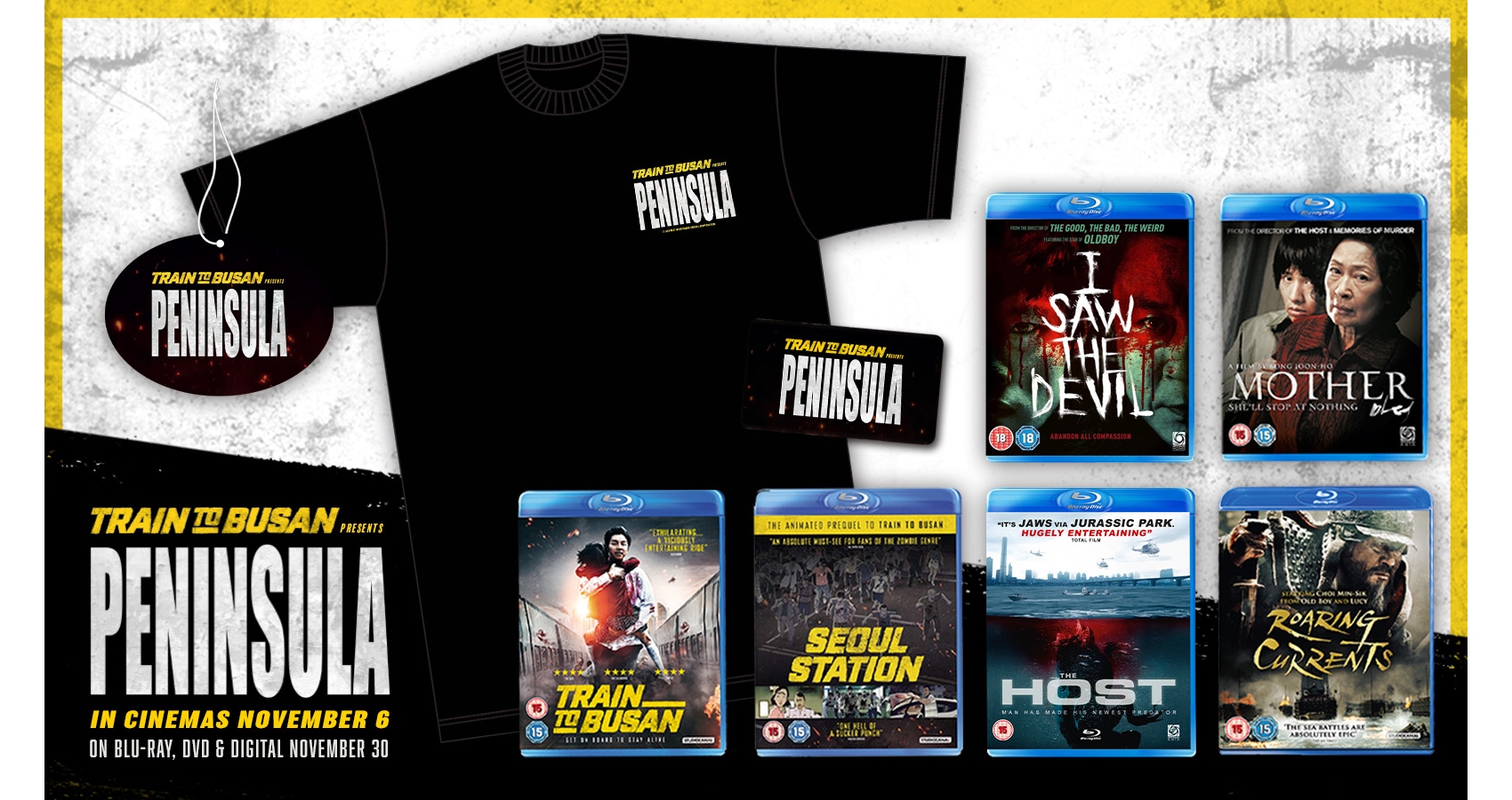 Following on from TRAIN TO BUSAN, one of the most successful Korean films ever made, writer/ director Yeon Sang-ho presents the final instalment of his zombie trilogy with TRAIN TO BUSAN PRESENTS: PENINSULA — an all action, all thrills sequel, boasting an all-star ensemble cast of some of Asia’s finest acting talent including Gang Dong-won (1987: WHEN THE DAY COMES), Lee Jung-hyun (BATTLESHIP ISLAND), Kwon Hae-hyo (DEFAULT), Kim Min-jae (PSYCHOKINESIS), Koo Gyo-hwan (JANE), Kim Do-yoon (THE WAILING), Lee Re (SEVEN YEARS OF NIGHT) and Lee Ye-won (ROMANG).

Four years after South Korea’s total decimation in TRAIN TO BUSAN, the zombie outbreak thriller that captivated audiences worldwide, acclaimed director Yeon Sang-ho brings us PENINSULA, the next nail-biting chapter in his post-apocalyptic world. Jung-seok (Gang Dong-won), a soldier who previously escaped the diseased wasteland, relives the horror when assigned to a covert operation on the quarantined peninsula with two simple objectives: retrieve and survive. When his team unexpectedly stumbles upon survivors, their lives will depend on whether the best—or worst—of human nature prevails in the direst of circumstances.