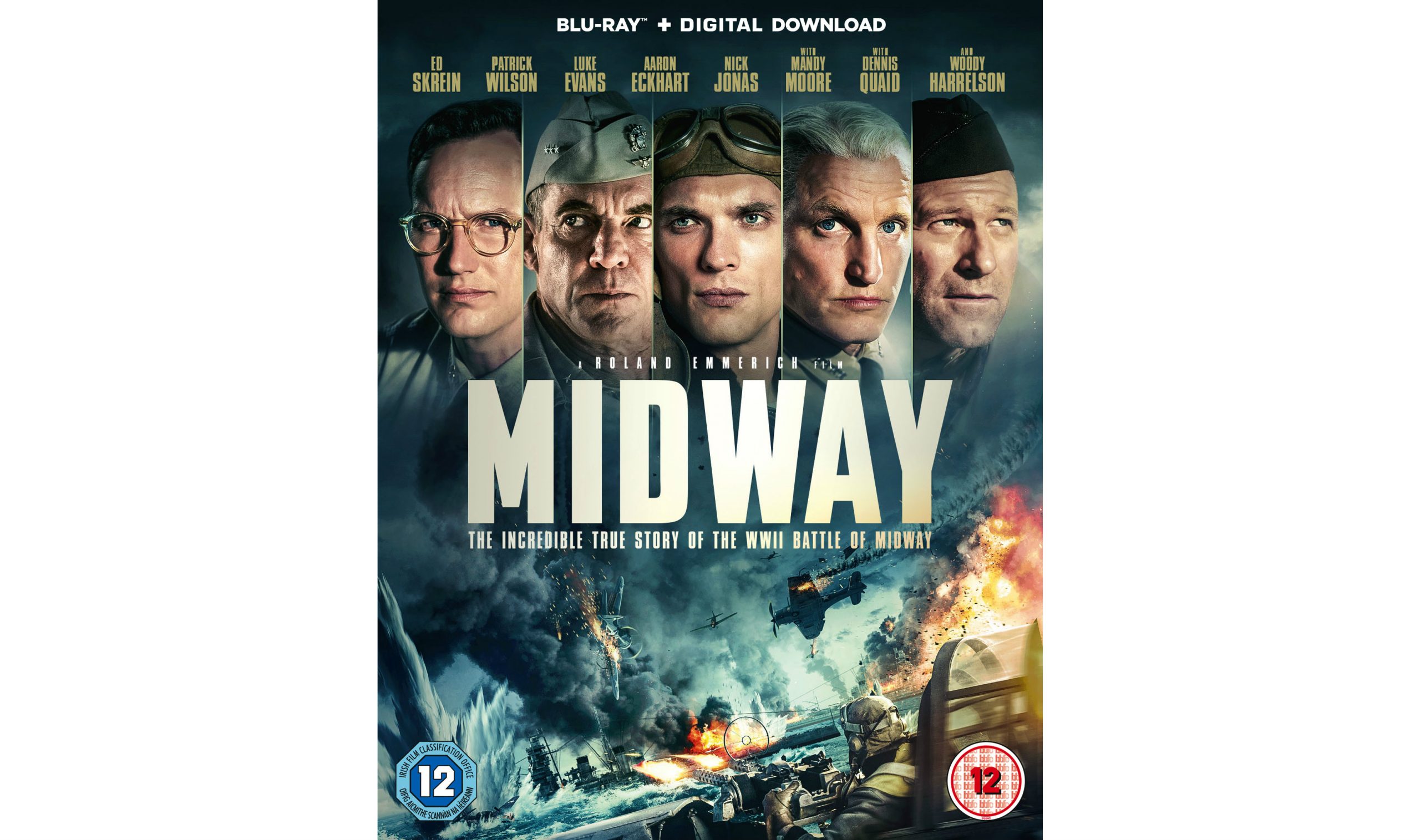 From director Roland Emmerich (Independence Day, The Day After Tomorrow) comes the visually spectacular WWII-epic MIDWAY, releasing on Digital Download 2nd March, and on 4K Ultra HD, Blu-ray and DVD 9th March. Based on true events and filled with high impact action sequences, MIDWAY is a must-own blockbuster for all war and action fans – and to celebrate the release, we have three Blu-ray copies of the film to giveaway to three lucky winners!

MIDWAY centres on the Battle of Midway, a clash between the American fleet and the Imperial Japanese Navy, which marked a pivotal turning point in the Pacific Theatre during WWII. The film, based on the real-life events of this heroic feat, tells the story of the leaders and sailors who used their instincts, fortitude and bravery to overcome the odds.

A stunning Limited Edition MIDWAY Steelbook is also available market-wide for collectors, boasting bespoke artwork and an in-pack booklet of the real-life heroes of The Battle of Midway.

Add MIDWAY to your digital download collection on 2nd March and own it on 4K Ultra HD, Blu-ray™ and DVD 9th March