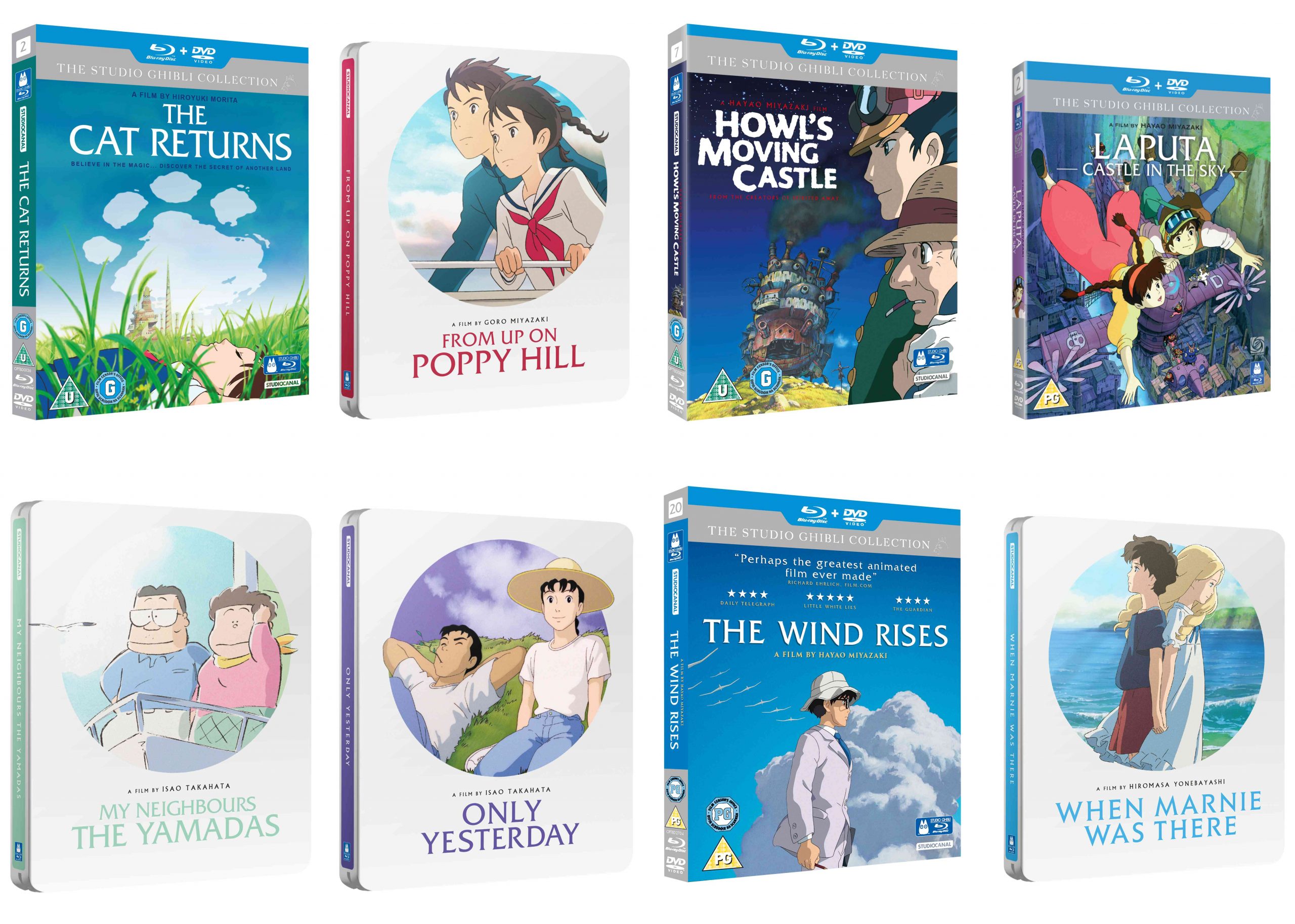 To celebrate the release of the 15th Anniversary Special Collector’s Boxset of HOWL’S MOVING CASTLE on 21 December, we are giving away one special Christmas Studio Ghibli bundle, with four stunning Steelbook releases of From Up On Poppy Hill, My Neighbours the Yamadas, When Marnie Was There, Only Yesterday and Blu-ray editions of  Howl’s Moving Castle, The Wind Rises, Laputa: Castle in the Sky, The Cat Returns.

Sophie, a quiet girl working in a hat shop, finds her life thrown into turmoil when she is literally swept off her feet by a handsome but mysterious wizard named Howl. The vain and vengeful Witch of the Waste, jealous of their friendship, puts a curse on Sophie and turns her into a 90-year-old woman. On a quest to break the spell, Sophie climbs aboard Howl’s magnificent moving castle and into a new life of wonder and adventure. But as the true power of Howl’s wizardry is revealed, Sophie finds herself fighting to protect them both from a dangerous war of sorcery that threatens their world.