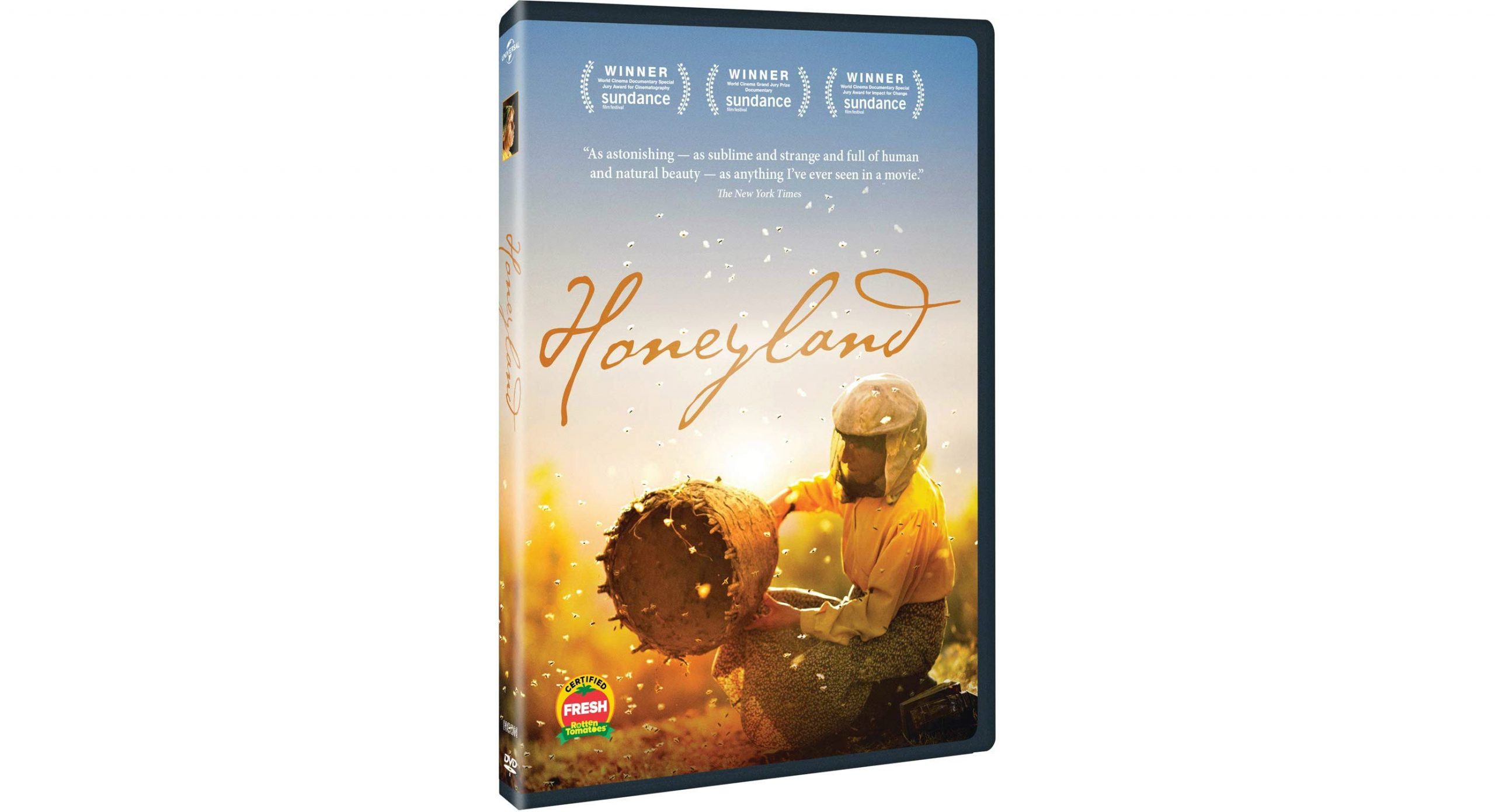 To mark the release of Honeyland on 24th February, we’ve been given 3 copies to give away on DVD.

In a deserted Macedonian village, Hatidze Muratova lives with her elderly mother, Hatidze is the last in a long line of wild beekeepers, eking out a living farming honey in small batches to be sold in the closest city – a mere four hours’ walk away. Hatidze’s peaceful existence is suddenly interrupted by the arrival of an itinerant family, with their roaring engines, seven rambunctious children and herd of cattle. Yet Hatidze optimistically meets the promise of change with an open heart, offering up her affections, her brandy and her tried-and-true beekeeping advice. But soon Hussein, the family’s patriarch, with seven hungry mouths to feed makes a series of decisions that could destroy Hatidze’s way of life forever.