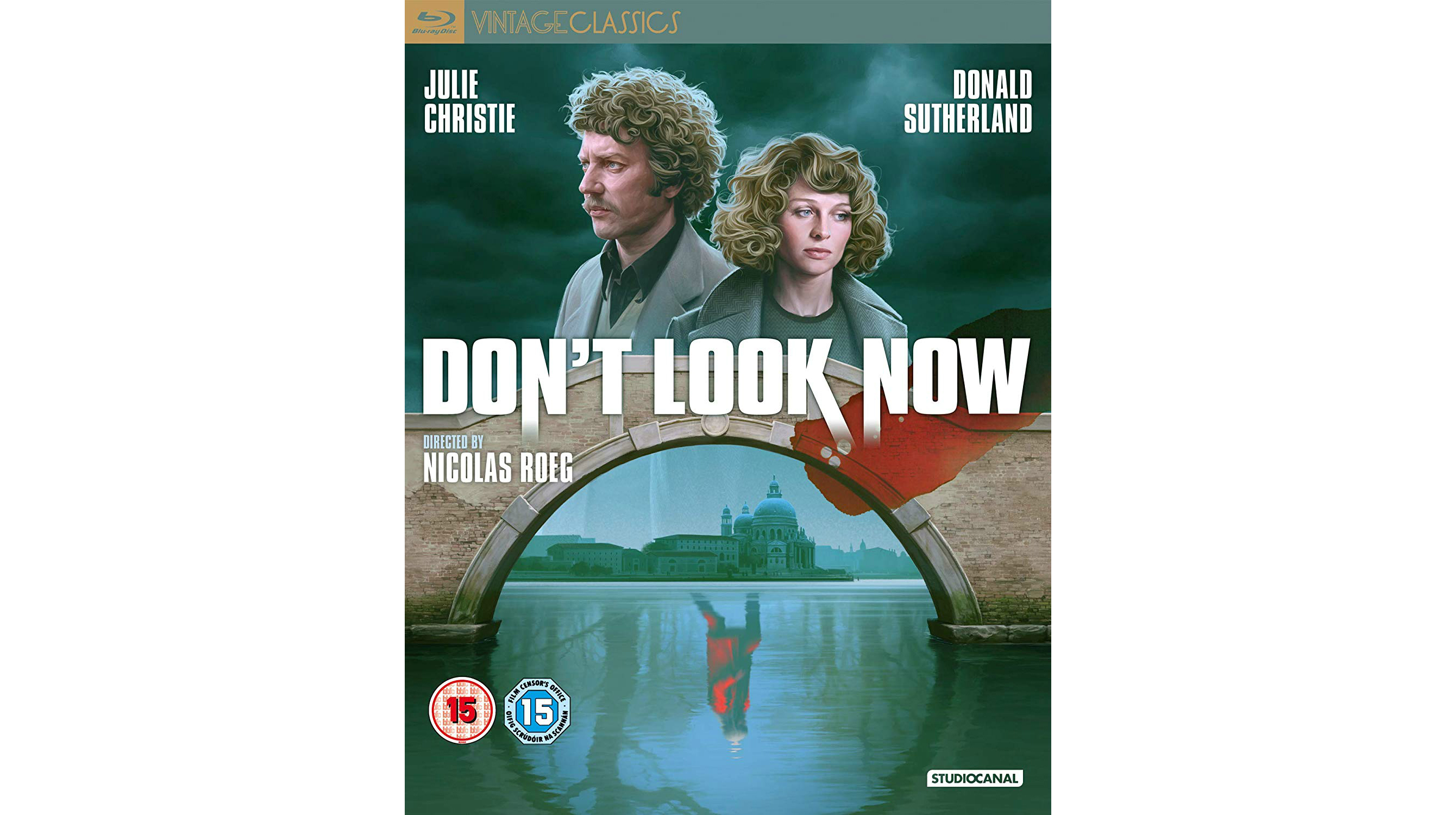 To mark the release of the first ever 4k UHD restoration, Don’t Look Now on 29th July, we’ve been given 3 copies to give away on Blu-ray, along with an A3 poster and A6 postcard for each winner.

On a cold, bright autumn day in Suffolk, England, a little girl in a red mackintosh drowns in a pond – the daughter of John (DONALD SUTHERLAND) and Laura Baxter (JULIE CHRISTIE). Trying to recover from the tragedy, the couple arrive in Venice, Italy, where John has been commissioned to restore a church. In the eerie atmosphere of the lagoon city in winter, they encounter two strange sisters. Laura is suddenly released from her grief when one of them, a blind psychic, tells her that she is in contact with her dead daughter. Angered and sceptical, John carries on with his work, but witnesses an unsettling vision of his own: a little girl in a red mackintosh disappearing into the Venetian alleys.

As a wave of killings haunts the city, Laura returns to England to visit their son after an accident at his school. But the premonitions don’t stop: John suffers a near-fatal accident high on the church scaffolding, and then he glimpses his wife, supposedly hundreds of miles away, on a private launch flanked by the two mysterious sisters. The local police are intrigued by and even sympathetic to his story, but cannot help. As Venice and his fate closes in on John, illusion, reality and sudden terror spiral the story to its grotesque climax, as the design in director Nicolas Roeg’s mosaic becomes unforgettably clear.