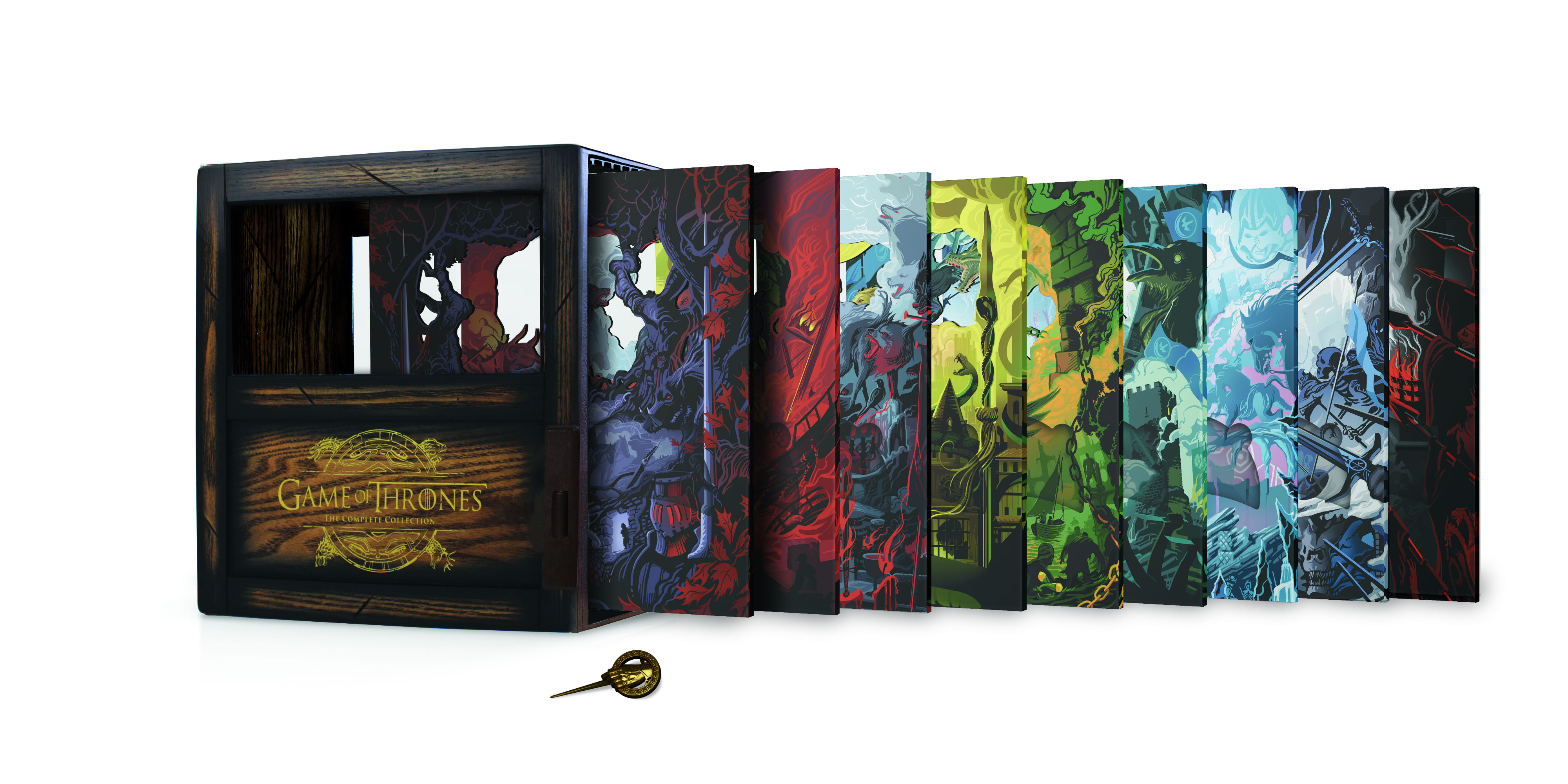 Game of Thrones®: The Complete Collection, an ultra-premium, limited-edition Blu-ray™ set. Based on the best-selling novel series by George R.R. Martin, HBO’s drama series Game of Thrones holds the record as the most awarded series in television history.

This custom-designed complete collector’s set includes all 73 episodes of this epic eight season series. Game of Thrones®: The Complete Collection is packaged in a visually stunning wooden shadow box case, featuring beautiful, multi-layered panel designs by Robert Ball (the artist behind the “Beautiful Death” series) that summarize the Game of Thrones story.

Each season is represented by a different layer, showcasing iconic characters and memorable moments from the show, all clambering toward the Iron Throne. The set also contains a “Hand of the King” pin clasp, which holds all nine custom plated disc sleeves.