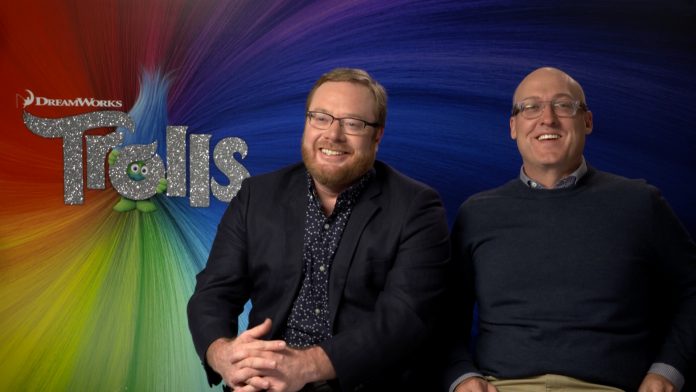 It’s hardly surprising, but directors of family animations tend to be some of the nicest, most congenial interviewees we encounter – and the two creative minds behind Trolls, Walt Dohrn (on the left) and Mike Mitchell (on the right, obviously) were no different.

Having already discussed all things glitter with the leading stars Justin Timberlake and Anna Kendrick we now turned our attention to those at the helm, speaking about the tone of the film and ensuring it’s appeals to both parents and children alike. They also speak about JT’s musical contribution in the movie.

Trolls is released on October 21st and you can read our review here.