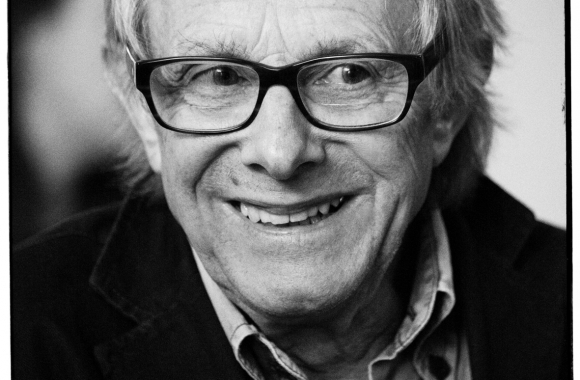 A director whose lens has never shifted from the plight and worries of the disenfranchised, zooming in on the relationship between politics and poverty, it is no surprise that?Versus?- a documentary film on the life and work of Ken Loach – is the first cinema release in the UK and Ireland to invite cinema-goers from Bath to Belfast; Cardiff to Canterbury, to pay what they can to watch the feature.

With the legendary filmmaker set to turn 80 in two weeks – his birthday celebrations sure to be enlivened by his recent Cannes success -?Versus?couldn’t have been released at a more auspicious or opportune time; training the film-world’s spotlight on the legacy and considerable creative contributions of the man.

Directed by Louise Osmond – the acclaimed documentarian -?VERSUS: The Life and Films of Ken Loach, offers up a timely retrospective on the career of one of Britain’s finest; arguably the leading proponent of social realist cinema on these shores – the man behind classics and award-winners like?Kes,?The Wind That Shakes the Barley?and?Sweet Sixteen.

Osmond, a former journalist and editor whose impressive filmography includes the Sundance darling?Deep Water?and 2015’s Dark Horse, shows off the full range of her repertoire as a one-time reporter. Turning to Loach’s friends and frequent collaborators, she tells an engaging and ultimately satisfying story covering several chapters of her protagonist’s life – from his time at the BBC to his experiences filming?I, Daniel Blake?(Loach’s latest – winner of the Palme d’Or at last month’s Cannes Film Festival).

Tony Garnett, the?Riff-Raff?director’s dear friend and creative partner – producer of many of Loach’s best efforts, including Kes?– is one of many notable names and famous faces, like Cillian Murphy and Robert Carlyle, featured in Osmond’s documentary. Adding colour and personality to the narrative, Garnett plays a crucial role in Versus; his stories and accounts buttressing Osmond’s efforts to chart Loach’s life and career.

Painting a vivid picture of their formative years at the BBC, Garnett describes the environment at the public service broadcaster as “a class-ridden English society”. As two young men on a mission, determined to shatter the glass ceiling, Garnett explains – with a certain amount of youthful pride still audible in his voice – that he and Loach resolved to turn things on their head; hinting, even then, at the rebellious, anti-establishment spirit that would mark their collaborations. “In the early ‘60s the BBC was changing,” Garnett recounts. “They were expanding to BBC2 so a number of working class ruffians like us got jobs that we would have never gotten before.”

Of vastly different backgrounds to their colleagues and contemporaries, Loach and Garnett were unsurprisingly primed and well-equipped to tell tales and produce projects previously unheralded and unseen. Spurred on and motivated by their experiences, they were moved to reflect the world as they saw and experienced it; opting for a grittiness and authenticity that would shock, startle and inspire many.

At the BBC, Loach would go on to make ten contributions to the Wednesday Play Anthologies – a series of TV plays that ran on BBC1 from October 1964 to May 1970 – portraying working-class people and addressing a wide range of social issues; the most notable being 1966’s?Cathy Come Home.

Written by Jeremy Sandford,?Cathy?follows the struggle of its titular lead – a woman embroiled in a harrowing and heartbreaking struggle with the British welfare system after losing her home, husband and daughter. Like much – if not all – of Loach’s films,?Cathy?is shot with a hard-hitting, realistic touch, the play grappling with the inequities and disadvantages the most vulnerable members of society face. Versus spends a fair amount of time on productions like?Cathy, going behind-the-scenes and relaying first-hand accounts from key principals on a number of essential Loach features, including?Kes,?I, Daniel Blake?and The Wind That Shakes the Barley.?

Cillian Murphy, star of the latter and proud owner of Ireland’s most famous sea-blue eyes, is also interviewed by Osmond for Versus. Effusive in his praise for Loach, Murphy – in-keeping with the underlying premise of the film – speaks to the director’s genius, at one point using the words “authentic”, “real” and “truthful” to characterise the filmmaker and his work. Murphy’s estimation of the 79-year-old icon echoes the sentiments of the likes of Garnett, Gabriel Byrne and Alan Parker; effectively summarising what?Versus?has to say about its subject. Murphy, Osmond and co declare – and rightly so – that Loach is a great: the master of the message motion picture; our soapbox auteur.

Although not quite as hagiographic as some might suggest, Versus?is ultimately let down by the fact that it doesn’t challenge this image of Loach’s greatness. By the fact that it doesn’t fully expose the other side of the coin; neglecting to show up or delve deeply enough into what makes Loach a divisive – albeit celebrated – figure. Fulsome in its praise, the film would also have done well to prick the skin of the icon to show that he bleeds; rather than simply explaining what he bleeds for – no matter how earnest or noble.

All in all,?Versus?makes for a welcome and entertaining documentary celebrating the brilliance of an activist filmmaker buoyed by life – bleak, unfair and all. A radical filmmaker whose brief – according to the aforementioned Tony Garnett – has always been to “stir up a little trouble”.