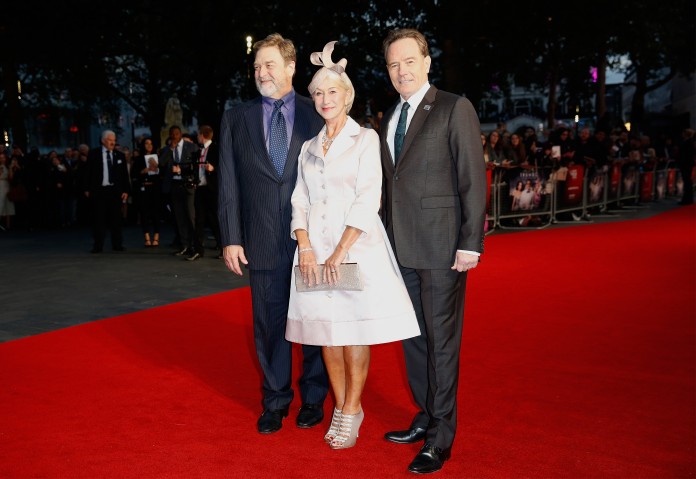 The second evening of the 59th London Film Festival welcomed Bryan Cranston and the cast and crew of Trumbo to Leicester Square for the Gala screening.

Bryan Cranston’s role as the blacklisted screenwriter Dalton Trumbo in Jay Roach’s film has been highlighted as one of the actor’s best. Already well received on the festival circuit the film plays in London at the LFF before its release on the 22nd of January next year.  John Goodman and Helen Mirren are in support and joined Cranston on the carpet this evening.

Our team of Cassam Looch and Colin Hart were on hand to speak with the cast as they arrived. Here’s how they got on…

We were also on hand this afternoon for the press conference for Trumbo, which you can see in its entirety below.