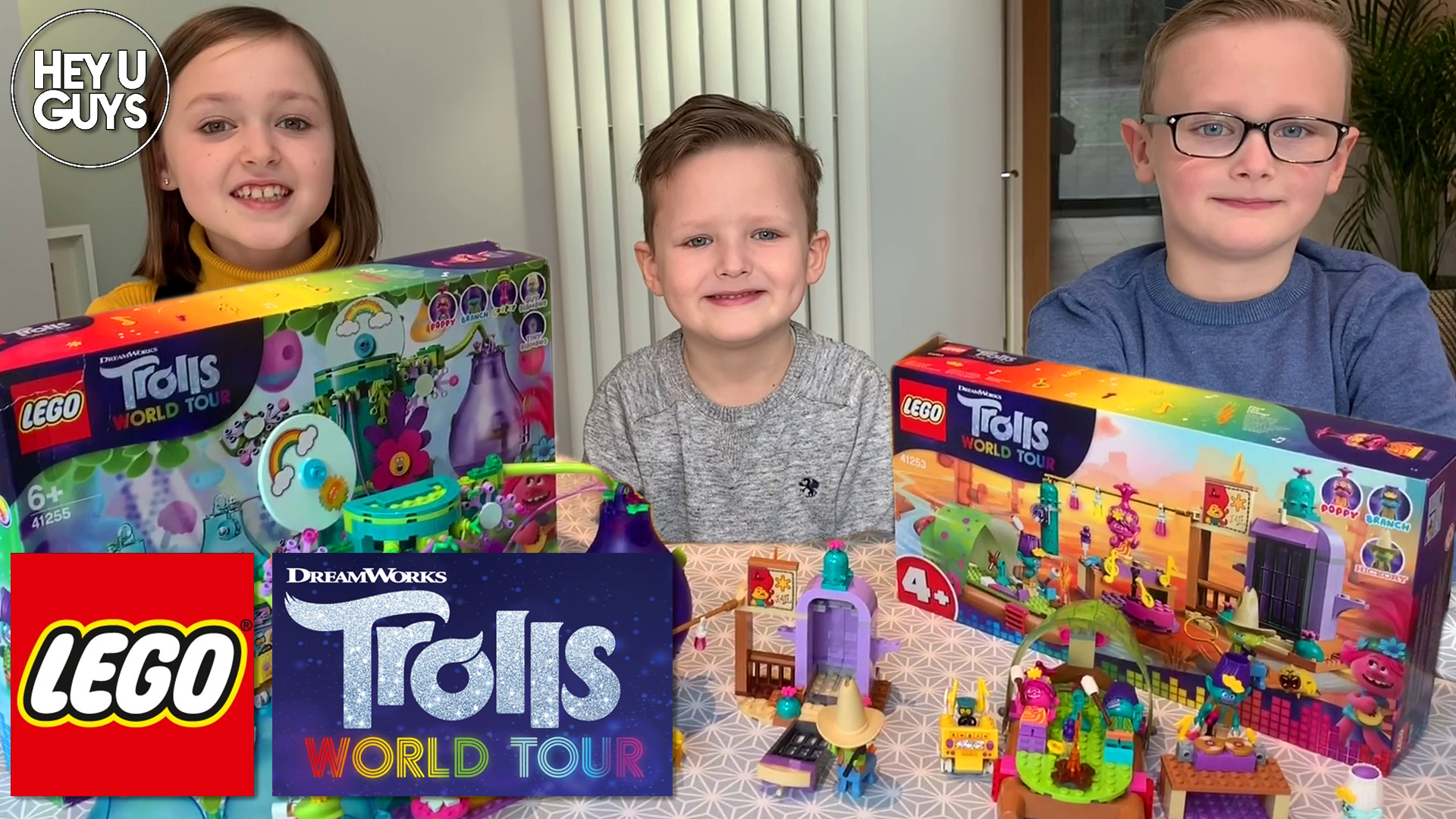 In just a couple of weeks the new Trolls film, Trolls World Tour will hit the big screen! We will see the return of Poppy (Anna Kendrick) and Branch (Justin Timberlake) in an all-star sequel to DreamWorks Animation’s 2016 musical hit.

To add to the excitement, for the first time Lego has bought out Trolls Lego sets which let you recreate scenes from the film at home! As massive Lego fans we are used to seeing film franchises reconstructed in brick form – but will Lego be able to re-create the loud and ultra-vibrant brilliance of the Trolls?

We were very excited to see what these new products were like. Having been kindly sent two play sets, we asked our three small reviewers to unbox, build and play with them.

Trolls World Tour will see Poppy and Branch discover that they are not the only Trolls tribe, in fact there are six different Troll tribes in different lands and devoted to six different kinds of music: Funk, Country, Techno, Classical, Pop and Rock.

A massive ensemble of musical talent has gathered to make this film, Ozzy Osbourne and Rachel Bloom join the cast as Hard Rock royalty. Kelly Clarkson as Delta Dawn, Sam Rockwell as Hickory and Flula Borg as Dickory represent country music. Mary J. Blige, George Clinton and Anderson Paak are from the land of Funk and Kenan Thompson raps as a hip-hop newborn Troll named Tiny Diamond just to name a few artists.

Poppy, Branch and the familiar characters friends — Biggie (James Corden), Chenille (Caroline Hjelt), Satin (Aino Jawo), Cooper (Ron Funches) and Guy Diamond (Kunal Nayyar) must travel to all the other Troll lands to unify the Trolls in harmony against Queen Barb (Rachel Bloom), who’s looking to upstage them all.

Please Note- We were gifted these sets for the purpose of review however all thoughts and words are our own.