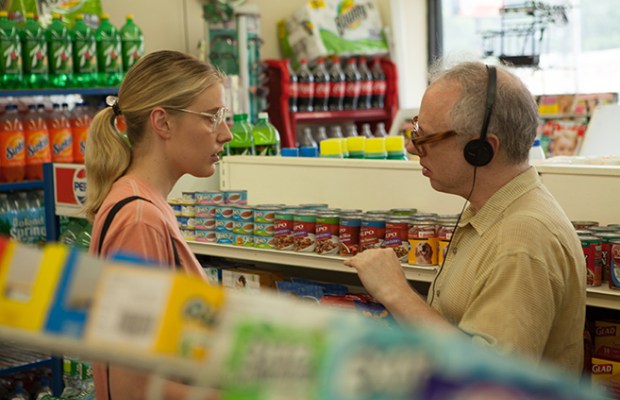 American filmmaker Todd Solondz has made some of the most talked about films of the last few decades. From Welcome to the Dollhouse through to his latest film Wiener-Dog, his views as expressed in his work are confrontational, yet often hilariously accurate. The director sat down with HeyUGuys at Sundance London, to discuss his latest endeavour.

How would you describe Wiener-Dog?

The movie is a comedy, perhaps a comedy of despair, but it is a comedy nevertheless. It has a satirical, emotional, philosophical pull in different directions and requires a certain openness from the audience to accept that. My movies are not for everybody, I think this is a tricky movie but I’m very happy with it.

Have you seen a change in viewers attitudes over the last few years?

I’m lucky there is an audience in the first place. Young people now, and I see when I teach at a graduate film school, that most of the students watch films on the internet either on Netflix or Amazon or however. The audiences are diminished then for “cinema”. The audience for my movies 20 years ago, pre-internet, was much bigger than it is today.

I’m happy the film was made and came out. I’m happy people have responded nicely… although all of my movies have had divided responses. I prefer it when people like it! Some people think a movie doesn’t have heft if it doesn’t divide people, but I would rather a movie has heft and everyone loves it. I don’t have that choice.

So why isn’t that choice in filmmaking available to the director?

It’s just a measure of my sensibilities. I express myself through film and people go to movies for reasons that might be at odds with what i’m trying to do. Maybe provoking or prodding, my films aren’t fuzzy. These are the sort of films I would want to see. They fill that vacuum, and that’s the price I guess I have to pay.

Wiener-Dog follows the adventures of a dachshund puppy as it goes from owner to owner. Over the course of his journey, we meet a familiar character from Solondz’s first major film Welcome to the Dollhouse. So was this ever considered as a sequel, or did the story develop separately?

I never looked at it as a sequel, but I guess by definition it is in parts. Its a tenuous connection. I wanted to do a dog movie. I thought about that [previous] character once I had Wiener-dog, a dachshund, and once I had that it seemed natural to revisit Dawn Wiener (played by Greta Gerwig in this film).

We also see Danny DeVito play a film school lecturer in this movie, so was that character and his experiences a reflection on Solondz’s own experiences?

Not really. This character is someone who hasn’t made the series of movies or had the success that i’ve fortunately had. This is about a failed screenwriter. There is that satirical thrust. Its impossible not to be satirical when you have a school like the one I teach at, NYU, its such an evil empire. Im always in awe of the incompetence and corruption of the way in which the school is managed. The smaller the stakes the more viscous the battles.

For me though the school is stress free. Personally, I love the job. I love teaching. I love my students. Its all pleasure. It’s all pleasure which is the opposite of making a movie which is all stress. Every moment.

Why keep making films then?

I don’t have a choice. Its like the story of the scorpion [and the frog]. Its what I do. If I don’t have a project I’m working on I get very depressed. Instead of medication I just write another script. The stress is not in the writing, its in the making of the movie. Its in the production. Its always been a nightmare and its always been horrible. Having a dog on set is horrible. The one at the centre of this movie really was horrible.

One of the things I learned quickly was that the dachshund as a breed is remarkably stupid. We had four or five for this movie but they all had one common thread… they were all equally stupid. None of them could respond to a simple command. It was unpleasant. I learned that the dog has been bred that way for its looks to be a certain way but one of the side effects of this breeding is a mental deficiency. I don’t have to worry about that now though, because I’m never doing another dog movie.

Why did you choose to do a dog movie in the first place?

It’s not the story about the trials and triumphs of the dog, or even the character of the dog, its about everyone else. The dog is the prism through which we view and play with ideas.

I can imagine in the hands of other directors, this would perhaps become that sort of movie. Do you have a hand in the promotion or marketing of your projects to make sure people know what it is?

I’m not too concerned about that at all. I think when people know I’m making the movie with a dachshund, I don’t think they are anticipating Lassie. Those who unwittingly go to the movie because of a cute dog on the poster, you know, I feel bad… but not too bad. They are always free to walk out.

We mentioned some of the actors in the movie earlier, and it was great to see Danny DeVito on screen again after what seems like a long break. What was it like working with him?

A pleasure from day one. He made it easy and was very generous. I always wanted someone like him who is a star. I don’t think i’ve been with anyone before who is more recognisably famous than DeVito. Anywhere we went, we couldn’t go more than a block without someone following us or coming up to us to talk. He might be the most famous, or one of the most recognisably famous people on the planet.

We were tricky about the filming. It was never a challenge to get our scenes, the problem was always the dog never the actor.

Your films tend to stay with the audience, I know a lot of your work has stayed with me for a long time. I that something that you look to foster in an audience, that resonance?

I think every filmmaker wants to make movies where you grab the audience by the “cajones”. You always want to leave an impression or have an impact. I guess some filmmakers have different aims. If you’re making a studio film you are making an amusement ride, I just don’t have any desire to make those.

Wiener-Dog is released on August 12th, and you can read our review here.