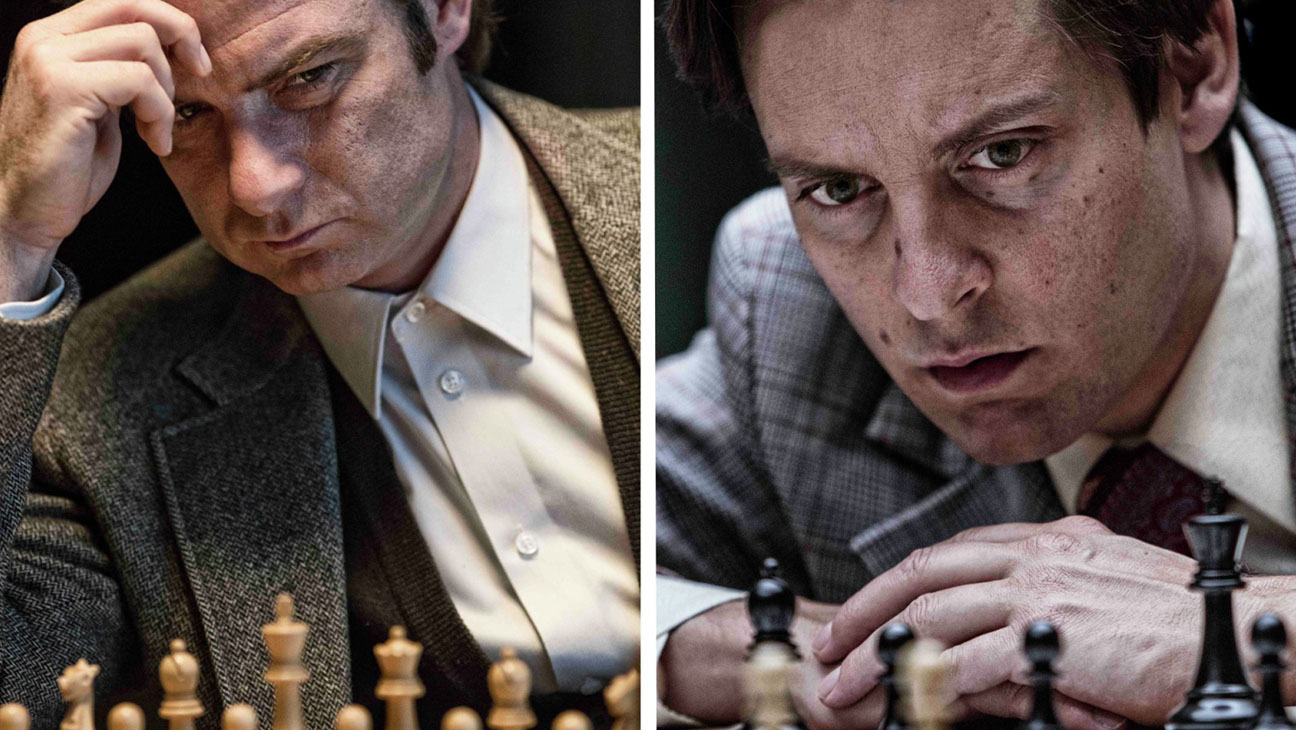 It’s difficult to envision a sport less suited to cinematic dramatisation than chess, a game which involves labyrinthine intellectual strategising and long stretches of time during which there is barely anything to see. Pawn Sacrifice is positioned as a drama about the most famous match in the history of chess, the 1972 World Chess Championship in Reykjavik between Boris Spassky and Bobby Fischer, but the match is actually the climax of a solid biopic, with a commanding central performance from Tobey Maguire, depicting Fischer’s life-long obsession with chess and his battle with mental illness.

Fischer was born in Chicago and raised in Brooklyn by a single mother of Polish-Russian Jewish descent. Regina Fischer (Robin Weigert) was under observation by the FBI in the ‘50s as she was suspected of being an avowed Communist, and the film’s opening party sequence portrays her as being part of something that resembles a Bolshevik salon. Young Bobby has eyes for only one thing from about the age of six however: chess. His obsession forms his character, and after initially worrying about his anti-social single-mindedness, Regina decides to help him develop his enormous talent, introducing Bobby to the chess elite of NYC who embrace and nurture the child prodigy. Fischer rewards their mentorship by smashing records, becoming the youngest ever U.S. Junior Chess Champion at 13, triumphing in what was dubbed ‘The Game of The Century’ in the same year, and by 14 becoming (at the time) the youngest ever chess Grand Master.

Unfortunately, this staggering intellect went hand-in-hand with mental illness, and his bizarre behaviour (including regular anti-Semitic pronouncements) ensured that the triumph of the 1972 World Championship was the sadly premature career peak, at just 29, of the man many feel is the greatest chess player of all time.

Maguire is credited as a producer of the film, and it has the feel of a project close to his heart; his preternaturally focused, self-righteous and emotionally volatile Fischer completely dominates, just as he should. Maguire is supported by a strong coterie of co-stars including Peter Saarsgard as a chess playing priest who is Fischer’s tournament companion, Michael Stuhlberg (Boardwalk Empire’s Arnold Rothstein) as his long suffering, fiercely loyal attorney, the always intriguing Weigert as his mother Regina, and Lily Rabe as his devoted and deeply concerned sister Joan (Liev Schreiber’s Spassky has little screen time and is an appropriately stoic presence).

At the heart of the film is the conflict between the U.S. government’s determination to exploit Fischer’s genius in order to strike a propaganda blow against the Soviet Union, and Fischer’s increasingly odd and self-destructive behaviour which was glaringly indicative of mental deterioration. It really is a shameful indictment of the culture of the time that the obviously ill Fischer was allowed to continue public performance when he should have been encouraged to seek treatment – but then again, the public doesn’t derive any less pleasure from destructive behaviour by celebrities in 2014. After the ’72 Championship, Fischer didn’t play in public again for 20 years, and his life went into a sad decline from which he never truly recovered.