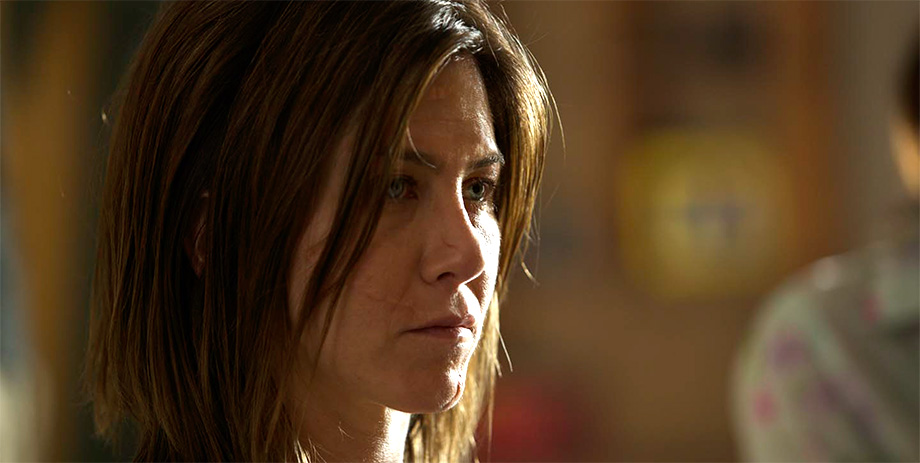 Jennifer Aniston gives a credible performance as a woman wracked by pain and addiction in Cake, but the film’s blackly comic dialogue is really just the bitter frosting on a conventionally sentimental story.

Claire (Aniston) is introduced at a support group for women coping with chronic pain, where she is sarcastically dismissive of the group leader’s (Felicity Huffman) touchy-feely methods. When she arrives home, a message is waiting requesting that she not return to the meetings.

As is often the case, Claire’s marriage disintegrated in the aftermath of a car accident that took the life of her son and left her battered and tormented. Her only companion is her long suffering, thick-skinned housekeeper Silvana (Adriana Barazza, in an excellent supporting turn that probably won’t get awards recognition), who labours valiantly to care for a woman who spends all of her time numbed on painkillers and alcohol while wallowing in self-loathing.

Claire is morbidly fascinated by Nina (Anna Kendrick), a young wife and mother from the support group who killed herself (the two chat flippantly over drinks in what are either dream sequences or stoned hallucinations, or both). She visits Nina’s house under false pretences, where she meets Nina’s deeply wounded but stoic husband Roy (Sam Worthington), a character with little purpose other than to function as a sort of life preserver for Claire (a particularly apt analogy, as Claire’s prominently featured swimming pool has a blatantly obvious metaphorical role too).

The film is at its best in the (thankfully many) scenes focusing on Claire’s and Silvana’s relationship, and the hands-down best section focuses on a road trip the two make to Mexico to buy a large quantity of painkillers. If the filmmakers had chosen to build the film entirely around this relationship, they would have created something much more emotionally engaging than this well-acted but predictable loss and redemption drama.