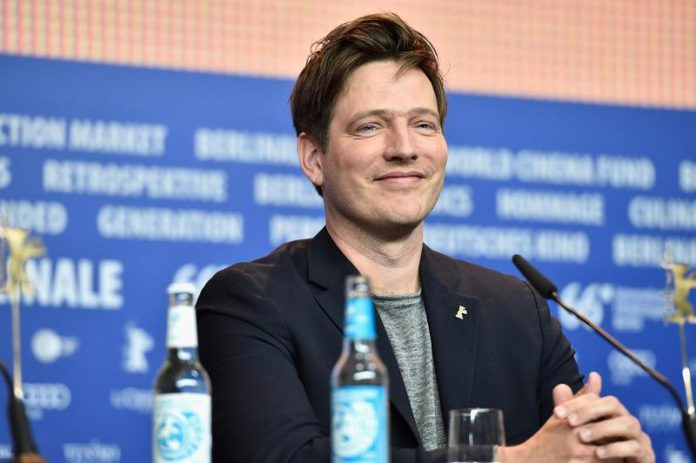 Having spoken to Trine Dyrholm, the star of Thomas Vinterberg’s latest production The Commune, we then had the opportunity to sit down with the man himself, to speak about a film that reflects his own experiences growing up in a real-life commune in Denmark.

Vinterberg speaks about today’s society, and his own sense of nostalgia for the 70s. He also discusses returning to his native country following Far From the Madding Crowd and discusses with us his memories and experiences from the Dogme movement, which he had co-created with Lars von Trier.

How much of your own experience living in a commune can we find in this movie?

It’s very difficult to answer. I did my best to make this personal but not private. There are some anecdotes in there from my real life, and we did have this guy who would take my stuff and burn it, I lost my sneakers and stuff like that, but at the end of the day I will call this fiction. It’s fiction. It’s not based on a true story, it’s based on a true feeling.

Trine Dyrholm told us you gave the actors an incredible amount of freedom and let them have a lot of input into the movie – is that how you always like to work, to be that collaborative?

She’s right, and particularly in her case actually, this was such an important part and she had to go through such a painful, naked, vulnerable tale about things that people don’t like to talk about, and we had to be on complete solid ground together, for her to let go. I guess that’s the nature of letting go, you can only do it when very well prepared. So she had a great influence on the script and how I approached it, and she’s still very humble and I’m still very much the director so there was no power gain, she just wanted to give her input, which was amazing.

She’s directing soon for the first time, have you spoken to her about that? Any advice?

No, but we probably should, and I would love to give advice if I can. I feel every time I start a movie it’s all over, I’m an amateur, but a repetitive amateur.

I was quite surprised at how well-behaved this commune was, because given it’s set in the 70s, I was expecting something different.

Everybody expects incredible things, there’s all these fantasies about what happened in the communes, about nakedness and fuck-rooms and cannabis, but I must say, on my street there are 32 houses and six of them were communes and they were all very different, so it’s a bit like saying, what can you expect from a family. All sorts of things. My commune was pretty bourgeois, it was well-off and had academics in there and people such as yourself, school teachers, journalists, philosophers, unemployed writers. It was decent. But still it was a commune and still there was an everyday life and still the fact that when you move into a house together there’s an interesting thing that happens, which is the difference between what you want to show to the world and what you want to hide from the world disappears, you get them both, all the demons come out and everything else comes out. There’s a beauty to that as well, and that’s a sense of nudity I guess.

Was there ever any thoughts on basing this film in the present day?

A contemporary commune exists in Copenhagen because there are a lack of apartments and the youngsters move together for practical reasons, but they have seperate shelves in the fridge. It’s a different matter. In the 80s individualism and freedom of the individual and the right for privacy appeared, which are great virtues, and they seemed to stick with that, it’s what they’ve chosen. Everybody seems to live alone. Couples have their own apartments. A contemporary commune would be a practical instalment and not an idealogical or heartfelt project.

Did you make this film out of a nostalgia for the time?

To a certain degree there is a longing, I miss those days, I miss the ’75 version of a commune. It was amazing and as a child it was a fairytale, everyday was a fairytale. But I also made the film, I think, in a confrontational way, about the fact that people die and people get divorced and everybody can be replaced. All those pretty, brutal and cynical instalments of our society I think are being confronted in this film in a rather upfront way, which I don’t find nostalgic.

When I look at my generation I think there is an enormous sense of stress. People are always busy, they’re always on the go and they contact each other through media and on platforms and they don’t have enough sex. That’s my experience. It seems like everything happens in transit, everybody is everywhere but they’re actually nowhere at the same time. I see family life where people sit around the table only occupied by the work they haven’t done, and then they go to a film festival for work and they miss their families – that is a disease, that is a problem. I think people should calm down, drink some beer and have some sex.

You’ve actually got another project with Tobias Lindholm about drinking…?

The thing is, there might be another film in between, but my next Danish film will be a celebration of alcohol.

The Winston Churchill related one?

Yes. It’s been going on forever and will be for another couple of years. It’s an acknowledgment of the fact that a big-time boozer won a World War, and the best literature in the world is made under the influence of alcohol, and most conversation grows, in the beginning, from alcohol. It declines again if you drink too much, but it can expand the room between human beings. A lot of seduction is happening under the influence of alcohol, so I think it’s a very useful thing. I know people die from it as well, which is what I find ironic and interesting and what I try to explore in my film. We come from a society very chaste, very reasonable, politically correct, but we drink like shit. There is so much drinking going on, and we die very young in Denmark and that I find very interesting.

Going back to the theme of nostalgia – did you feel any when making this, that derived from your own career? Of course you recently made Far From the Madding Crowd, but this feels like more of a return to the likes of Festen.

I tend to do that regularly, that’s why I may do the alcohol film as not the next film, but the one after. There is this liberation in doing someone else’s work and that was Thomas Hardy’s beautiful words. It’s a lot of pressure doing your own stuff and while you may be the king on a Danish auteur movie, on an American movie you’re just a member of the board, and it’s a communal thing, you lift in a group.I don’t even have final cut, which I enjoy a lot, because then someone else will be responsible in the editing room. So that attracts me, creatively, and makes me go even deeper in some other points. Then occasionally there are great scripts as well, which is another reason to do it. Great scripts that possibly can fulfil my dream as a filmmaker, which is to create characters, or situations that stay with us. If one can create a Don Corleone then you’ve created a member of our family. You’ve created life, and that’s the finest thing we can do. Most of my success has been done digging in to my own garden and doing Danish films, but sometimes there are other films out there and the opportunity in other people’s scripts, and I’m open to doing that. Plus, I like travelling and meeting new people. When I meet new people who I don’t know, we both make an effort, much more of an effort, there’s a respect and a straight back and a forwardness that I’m attracted to.

Do you still look back at the old times, the Dogme movement?

The concept of Dogme was fantastic, because it was artistically so encouraging and made us so consequential and courageous. But there was a risk connected to it, it was dangerous. I had people yelling in my face saying I was going to trash my career and that I needed to stop. We had cameraman getting very angry. The headmaster of the national film school of Denmark would write long dystopian articles about us – it was risky. It was even suicidal, and that’s what made it an exploration and a revolt. Then it became a success, a huge success, and then it was over, and it was no longer a risk, it was a ticket to the festivals. Everybody wanted to be in a Dogme film and in my country you can buy Dogme furniture, and you can buy Dogme groceries, which was a box that was almost empty. So we tried to undress the film and make it naked and suddenly it was a style, a brand, and we had to trash it and move on, sadly. It was great fun. But what I have brought with me is the ambition to make films as pure and naked as possible, and confrontational to a certain degree. That’s what we still try to do.

The Commune is released on July 29th.

Mads Mikkelsen stars in trailer for ‘Another Round’