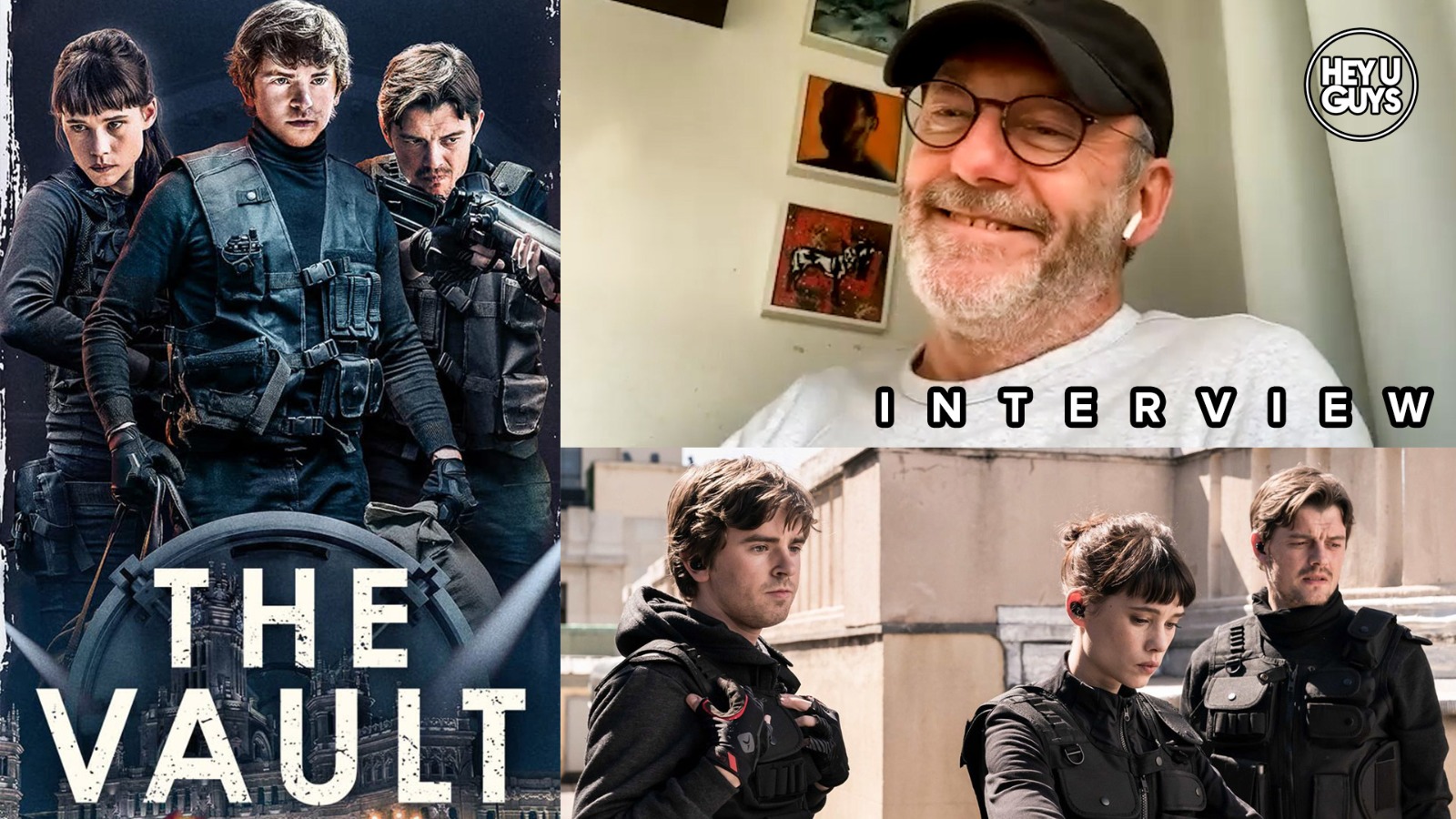 The Vault feels like a real throwback, a modern heist caper enriched by the genre it sits within, as a good old-fashioned bank robbery. It was all supposed to be so easy, etc. To mark the film’s release, in theaters across the States, as well as On Demand and on digital, we had the pleasure of speaking to two of the robbers themselves, Liam Cunningham and Astrid Bergés-Frisbey.

We discussed working within a film of this nature, and being part of such an impressive ensemble. With Cunningham we discussed how the role feels somewhat tailor made for him, and on the subject of thieving, we ask if he’s ever taken any memorabilia from sets he has worked on. Turns out, he could open a museum with all of his Game of Thrones souvenirs. Then with Bergés-Frisbey we talk about getting a role of this nature and how rare it can be to find nuance, female roles in genre movies, and why she had to fight to bring more nuance and layers than what was originally on the page. She also talks about her own ambitions, as an actress with a keen eye on the mechanics of how the industry works. Watch both interviews in their entirety, below.

Thom, a genius engineering graduate is interested in the Bank of Spain’s safe. The Bank building is more than 100 years old, with no building blueprints available and a security system that includes an underground river that will flood the safe room if their walls are breached. As soon as Thom learns that a legendary lost treasure is going to be held at the bank’s safe for just 10 days, he devises, together with charismatic art dealer Walter “Cunningham” a detailed plan to breaking in. They will only have 105 minutes to do so, while the Bank’s staff will be distracted, watching the 2010 Football World Cup final match , played by Spain’s national football team and broadcast on a giant screen, coincidentally placed just in front of the Bank of Spain building.

The Vault is out in theaters, On Demand and on digital now.