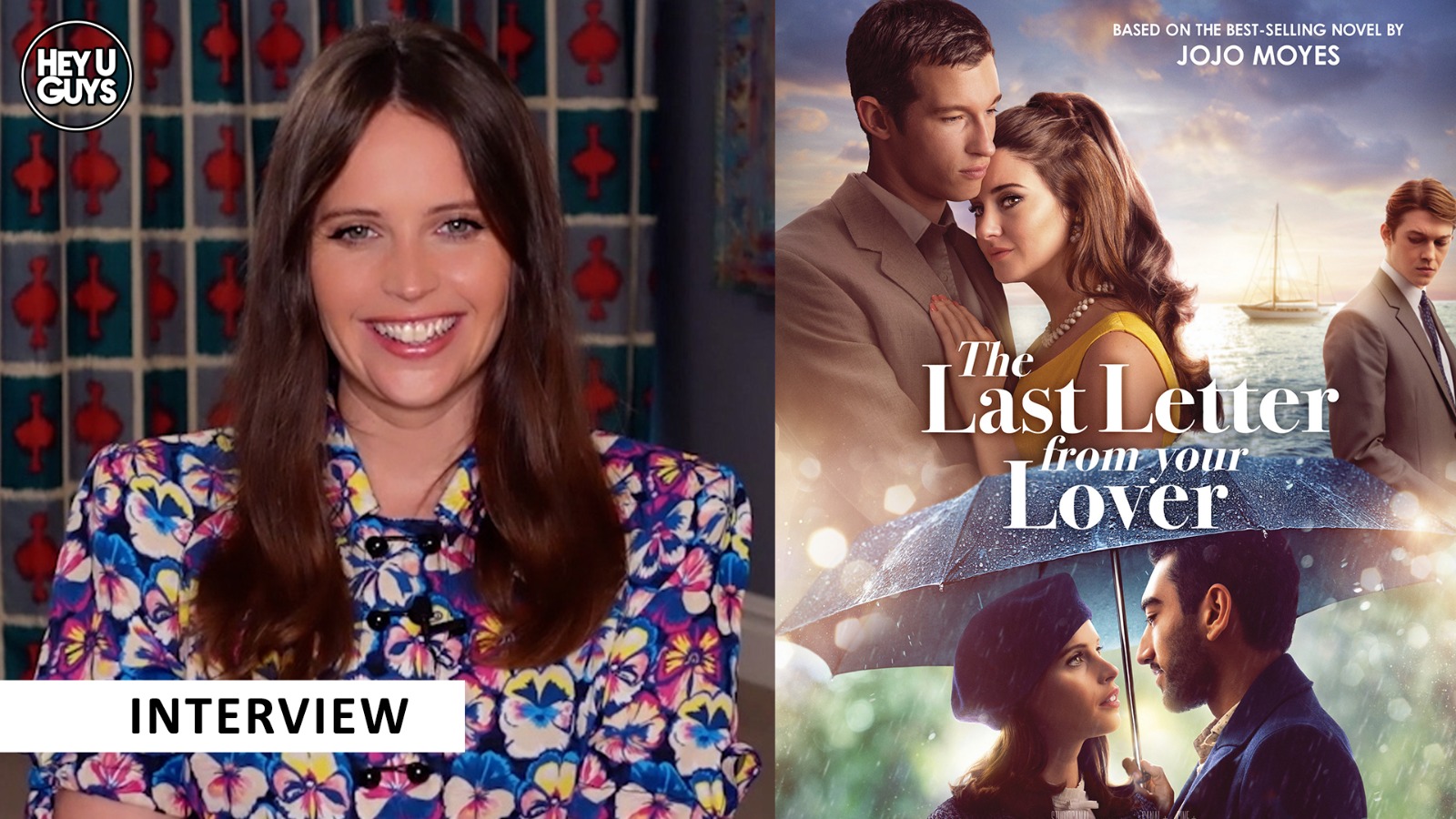 Romance can be a tricky old thing to get right in film. One wrong move, a clumsy misstep, and suddenly it’s entered into the realm of cheese, and from there on, it can be difficult to win the audience back again. The Last Letter From Your Lover is an unapologetically romantic film. The letters sent between star-crossed lovers are so full of adoration, and sentiment. Yet the film never feels mawkish, and the tonality is a great triumph – and what we discussed with the film’s co-lead, Felicity Jones, and with the author of the original novel, Jojo Moyes.

Be sure to watch both interviews in their entirety below, as we discuss displaying romance on screen, the wonderful cast, and bringing this tale to life in such emphatic fashion/

A pair of interwoven stories set in the present and past follows Ellie Haworth, an ambitious journalist who discovers a trove of secret love letters from 1965 and becomes determined to solve the mystery of the forbidden affair at their center. As she uncovers the story behind Jennifer Stirling, the wife of a wealthy industrialist, and Anthony O’Hare, the financial journalist assigned to cover him, Ellie’s own love story unfolds with the assistance of an earnest, endearing archivist who helps her track down more letters.

Win The Last Letter From Your Lover on Blu-ray

The Last Letter From Your Lover Review