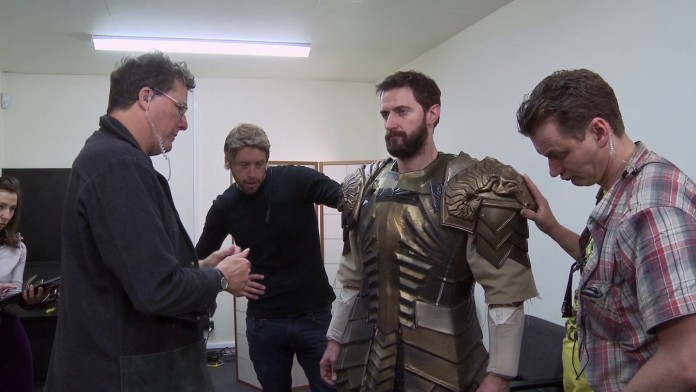 This is the end of a journey for us all. I can well remember the green, red and blue box sets which housed the Lord of the Rings Trilogy on DVD and the comprehensive extras which accompanied them.

The films were grand in scale and ambition, popular beyond anything seen in the realm of cinematic fantasy and having, not only an Extended Edition, but a boauntiful host of behind the scenes documentaries and on set footage…well. It was the stuff of cinema nerd dreams.

So, then. To the end and the home stretch. The Hobbit: The Battle of the Five Armies is soon to be released with its own Extended Edition and it’s the last we’ll see of Peter Jackson in Middle Earth. This exclusive clip is merely a drop in the ocean of extras but it’s got Richard Armitage being drilled into his costume (I always thought dwarves enjoyed Pi), as well as a load of other fun Dwarf moments.

Here’s the clip, fill your boots.

Win House of the Long Shadows on Blu-ray