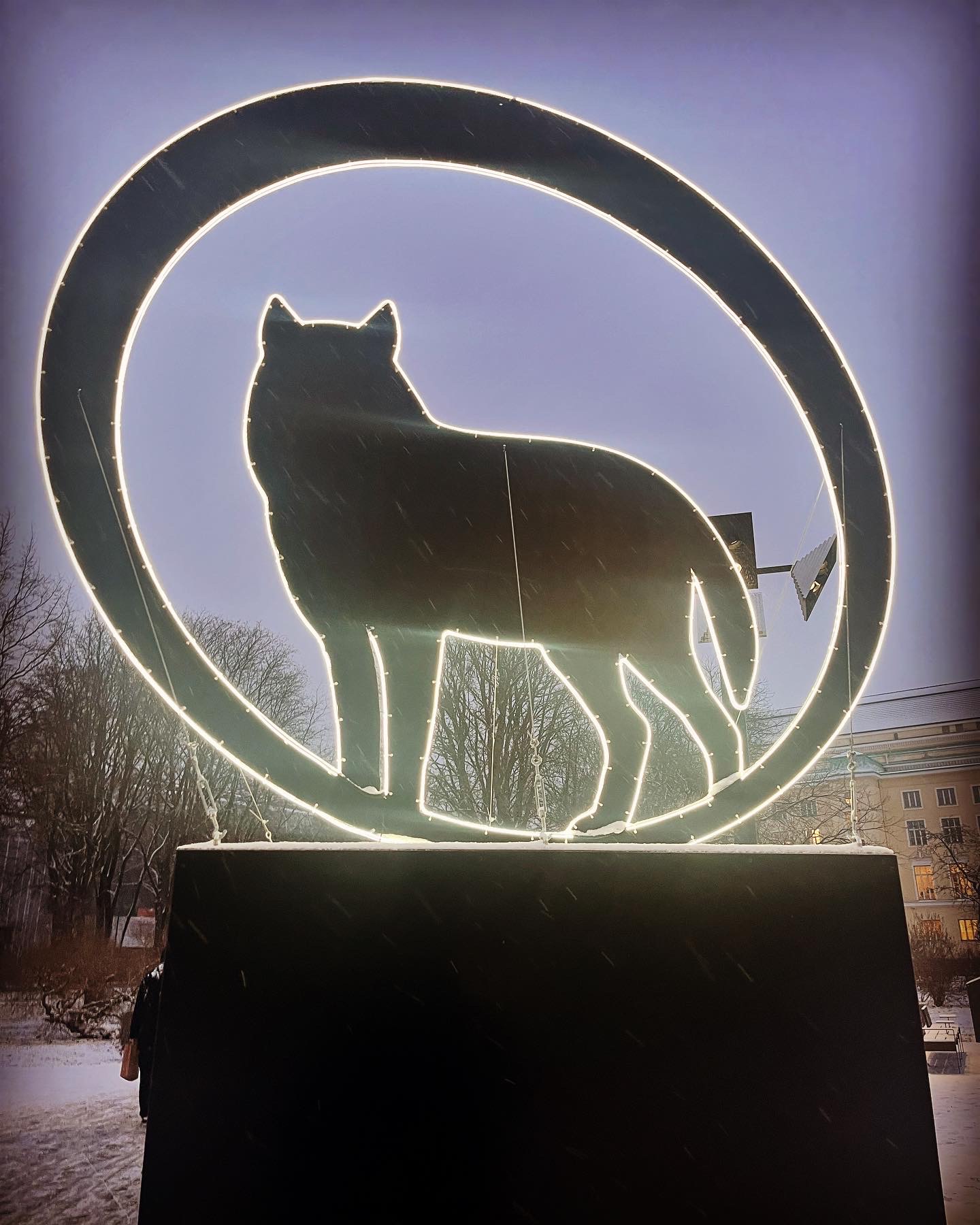 There are such a fine myriad of film festivals around the world, with all major cities spotlighting domestic talent, and showcasing the latest films from around the world to local audiences and visiting guests. While a small collective, namely Berlin, Cannes & Venice stand out on the European festival calendar, there’s another contender on the block; a simply brilliant celebration of cinema, with a mighty fine programme, and it takes place in the capital city of Estonia.

The Tallinn Black Nights Festival just closed its doors on the 26th edition of this annual, winter event, and we here at HeyUGuys were fortunate enough to have been invited along. Named ‘Black Nights’, we presume, because it gets dark every day around mid-afternoon, it’s a bitterly cold fortnight, where naturally you find yourselves gravitating towards the warm, cosiness of a cinema complex – and when doing so, there sure was a lot to indulge in.

Taking place at the latter end of the year, running between November 11th to 27th, given this charming festival arrives after all the other major European cities have hosted theirs, it allows Tallinn to work as something of a greatest hits, picking critically acclaimed titles from the likes of Cannes, Venice and Toronto to help complete a substantial line-up, which also boasts a fair few world premieres – certainly a good number of Estonian ones.

One world premiere which particularly excited us, was from a homegrown talent of our own, the brilliant filmmaker Carol Morley, presenting to audiences the very first showing of Typist Artist Pirate King, featuring an ensemble that includes the likes of Monica Dolan, Kelly Macdonald and Gina McKee.

During our brief stint we had a few first-time watches of our own, including the directorial debut from Neil Maskell titled Klokkenluider, a sharp, dark drama that evidently takes pointers from the director’s past collaborations with Ben Wheatley. Featuring Sura Dohnke and Amit Shah, the film is stolen by double-act Tom Burke and Roger Evans, to make for a hugely compelling and entertaining slice of contemporary British cinema. On the other end of the filmmaker spectrum came a film from the far more-experienced Sam Mendes, and with high expectations, and a stellar cast that features Olivia Colman in the lead role, it was hard not to be a little underwhelmed with his latest endeavour The Empire of Light, a film that feels a little like ten movies in one. Each good in their own way, just not quite working with combined together in one narrative.

The same day, probably at about lunchtime but hard to know as it was likely already dark, we also saw the moving Austrian Second World War-drama The Fox, telling the story of a young soldier who befriends, you guessed it, a fox. Combining the horrors of war, with a cute little animal makes for a film will very likely make you cry. The high production value, and brilliantly immersive conflict scenes seal the deal.

The tears do risk turning to ice when you leave the cinema, as it is incredibly cold this time of year in Northern Europe, with a romantic-looking, festive snow adorning the streets. It looks beautiful, and the smell of mulled wine at the local markets fills the air – while falling flat on your arse when slipping in the ice becomes something of a rite of passage.

When putting your bum back on a seat, of course the programme is way, way bigger than what our fleeting trip allowed for, so let’s run through some of the other highlights. With films made from all corners of the world illuminating this festival, with the likes of Close, Holy Spider & Decision to Leave all showing, from Belgium, Iran and Korea, respectively, there were also big American & British films on offer. You had the likes of recent theatrical releases Armageddon Time, She Said and The Menu both playing, as well as Steven Spielberg’s latest, The Fabelmans. Other big Oscar-hopefuls in the line-up include The Banshees of Inisherin, The Son & The Whale, while those who missed out on The Woman King will have had the chance to see that on the big screen here.

On the subject of women, there were plenty of brilliant films from resourceful female filmmakers on show as the latest films from Sarah Polley (Women Talking) and Mia Hansen-Love (One Fine Morning) were playing, as well as Alcarras by Carla Simon, which of course kickstarted the festival season by winning the Golden Bear at the Berlinale back in February of this year.

As the this festival’s awards, it was the Icelandic comedy-drama Driving Mum which took home the biggest and most prestigious award, winning Best Film (and Best Score) in the Official Competition. Meanwhile, Ahmad Bahrami won Best Director for The Wastetown. There was also a special lifetime achievement prize handed out to the prolific, eccentric, and simply brilliant German actor Udo Kier, who has been thrilling, humouring – and terrifying audiences across an expansive career. We haven’t sat down to figure out the exact amount, but IMDB has his acting credits at a quite breath-taking 276. Two-Hundred-and-Seventy-Six! That truly is an achievement worth celebrating.

Anyway back to the big winner Driving Mum, we were lucky enough to be invited along to the party celebrating the film screening in Tallinn, and parties are a very enjoyable addition to the schedule. I mean naturally films come first (most of the time) but in the evening there’s a fulfilling added element at Black Nights, whereby you celebrate different cultures, with films from different regions (we also went to parties for Croatian, Lithuanian and German titles…. Okay maybe films don’t come first) and through this were able to meet a wealth of creatives, be it producers to directors to the stars of the screen. Sharing hearty canapés  it’s a great way to meet those have stirred emotions within you through their art, and above anything else, be able to say thank you.

Of course football is a hard thing to avoid at the moment, and the city of Tallinn had many bars showing the ongoing World Cup, which offered a nice respite at the end of a long day watching films. Swapping 90 minute movies for 90 minute games of football, both offered us mounds of entertainment during our stay, no less when England won 6-2 against Iran in a packed out sports bar.

This combination of work and pleasure, of films and food and football, all came together to make for such a memorable first-time trip to Estonia. The line-up in Tallinn is impressive; it’s got great films to watch and enjoy. But so many film festivals can boast this – what stands this festival apart from others is the city it takes place in. Tallinn is quaint and beautiful, it’s quiet and yet it feels exciting. The complex where the screenings are is near the hotel we stayed in and everything feels localised, all in the charming old-town.

We took a deviation away from films to go to a museum about, well, films – having fun at the playful & immersive Filmimuuseum, learning about the craft, and being an idiot at the green screen section. Yes we made some videos, and no they’re not being shared. On the subject of films, we went to the striking location for the opening scene of Christopher Nolan’s Tenet, at an old unused concert hall; a grey, intimidating building covered now in graffiti and snow. And of course for something a little different, we spent one night in the DM bar. Which stands for Depeche Mode. The walls adorned with pictures of the band. The cocktail list all named after their songs. The music? Well of course they only play Depeche Mode. It’s truly mad, but weirdly charming.

This marked a fine trip to a fine festival, and with such a vast array of excellent films, playing in such a wondrous city, we can only hope to return next year. Because we love Depeche Mode that much.

“I do feel a bit numb, I suppose…” New trailer launched for Sam Mendes’ ‘Empire of Light’