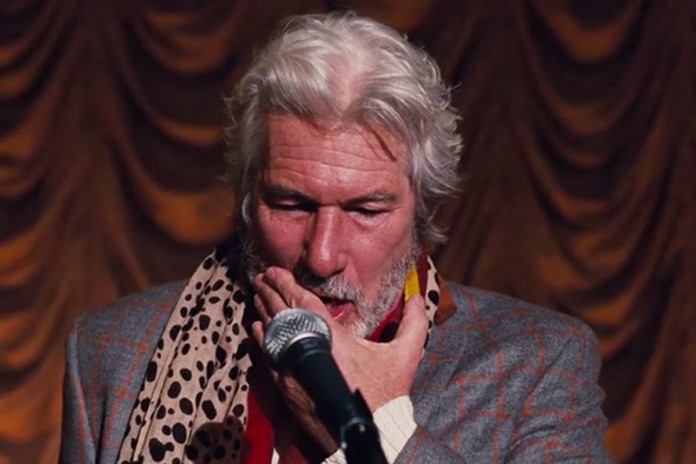 We all know people like Richard Gere’s Franny – the lead role in Andrew Renzi’s debut narrative feature, The Benefactor. The sort of eccentric, overbearing type you miss when they’re not around, and wish you were elsewhere when they are. It’s getting behind the facade of such an individual that makes for an absorbing watch, as somebody who always appears to be putting on a show to cloud over their own insecurities – but we see the human being underneath, with an intimate connection only the viewer is fortunate enough to have.

Franny is a philanthropist, who struggles to overcome the untimely death of his closest friends, during a car accident where he came out the only survivor. Becoming something of a recluse from thereon (and harbouring an unhealthy addiction to morphine) the scruffy, bearded man is a shadow of his former self – but finds himself reinvigorated when the deceased’s daughter, Olivia (Dakota Fanning) comes back to town, alongside her husband, Luke (Theo James). Desperate to play a part in the youngster’s lives, Franny gives Luke a job at the children’s hospital he owns, but his inclination to be involved becomes too much for the couple, as his own ambitions of reliving his past suffocate their future, as he unintentionally dictates the path they take – without their say.

Though we do feel an intimacy towards Franny, Renzi keeps his audience frustratingly at arm’s length, and ensures the character is something of an elusive presence. His closest friends don’t seem to have any idea how or why he is so wealthy, nor what he gets up to all day, and though we are let in to some extent, the door is slammed shut in our face in parts, as that sense of ambiguity extends to the viewer. Gere turns in a commendable performance however, and while not necessarily an actor you would picture for this particular role initially, he uses that inherent, renowned charisma to ensure he’s the perfect match, while equally as adept at the more moving, subtle moments when relying on his dramatic credentials.

There’s just something different about The Benefactor, the aesthetic, the tone, the use of music and the narrative – it’s presented in a rather unique way, without feeling contrived when doing so. It’s not groundbreaking as such, but there’s a welcome air of originality about this endeavour, which is never a bad thing.