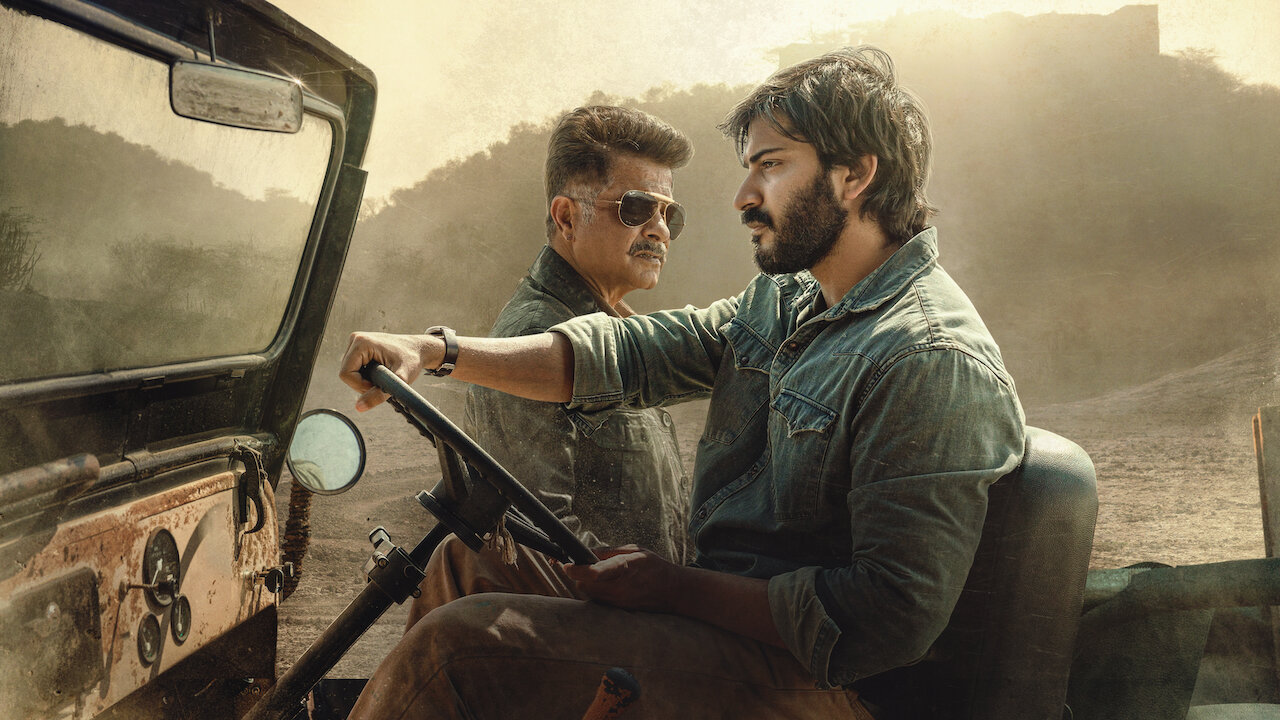 Thanks to Netflix, audiences around the world, who may not be too familiar with Bollywood production, are being gifted the opportunity to have their senses heightened, and step foot into a whole new world of movie-making. In my case, taking the Bollywood experience beyond the “mum’s blasting her favourite ornate over-the-top musical numbers about love on the living room TV again” stage.

Hollywood’s most prolific directors can argue all they want about streaming films not being “real” films, but there is one aspect to streaming that cannot be denied: increased access to international media. There is an underrated beauty in the ability of streaming services to help audiences experience different cultures through film – an experience we lack if we stick with what’s being shown in our big-chain Western cinema complexes.

Which leads us to Raj Singh Chaudhary’s Thar. Now initially I had bemoaned Netflix for lacking a proper synopsis, but having since seen the film, it has become clear that describing the plot, to any real degree, could ruin the movie. So this review, I’ll be following Netflix’s lead.

Thar displays a gorier and more tragic side of Bollywood, that is categorised as an action-thriller. But being from Texas, I know a western when I see one. This is a film about the stone-cold sheriff (or in this case, inspector) on a mission to root out the good-for-nothing gang members vandalising his village. But his plan goes awry when an out-of-towner comes in and starts stirring up more trouble. Sounds like a Western to me.

Chaudhary has crafted a slow-paced, good ol’ fashioned wester, complete with a saloon, shoot-outs, and horseback riding. It is not the most action-heavy film, the action is comprised of gruesome torture, car chases, and a third act shoot-out. A few scenes may provoke a closing of your eyes, so be wary of this film if you’re sensitive to gore.

The majority of the plot is actually a misdirect, but it is handled well, keeping audience members on their toes as you try to piece everything together. Just when you think you may have it right, the Inspector Surekha Singh (Anil Kapoor) uncovers the mysterious past of the out-of-towner, Siddharth (Harshvardhan Kapoor), and suddenly you’re back where you started. The revelations of the film’s true meaning comes at just the right time to steer us into a devastating third act.

The message of Thar is nothing new in terms of a western film. In fact, it’s reminiscent of another Netflix release, The Harder They Fall. Unfortunately, unlike its brother film, it doesn’t quite hit the bullseye. We’re missing characterisation, above anything else. Inspector Singh is the most developed character in the film. His motives are clear, and he’s intimidating yet charming. Unfortunately, his arc falls flat to make room for Siddharth.

Siddharth, on the opposite end of the spectrum, is quite the dry character. He’s a loner with a suspected dark past, so he barely talks and shows little emotion. This works for the mystery aspect of the film, but not so much the emotional aspect.  However, these performances match the personalities of the real-life father-son duo, Anil and Harshvardhan Kapoor. Anil Kapoor is one of India’s most charismatic actors while Harshvardhan Kapoor is more reserved and monotone.

With clever writing, tense action sequences, and a beautiful Indian infused Western score Thar is an excellent first step into the vast world of Bollywood. Now that streaming services are adding more international media to their library, access is no longer a problem. All that remains is the final hurdle, subtitles. To which the venerable South Korean director Bong Jooh-Ho said: “Once you overcome the one-inch barrier of subtitles, you will be introduced to so many more amazing films.”

Thar is available to watch on Netflix now