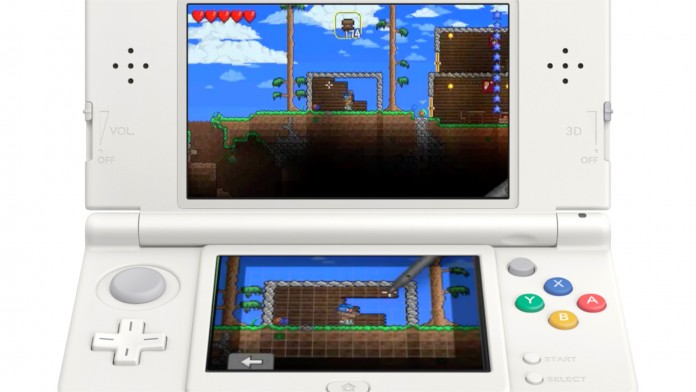 Although Minecraft is still hugely more popular, Terraria’s 2D exploration and crafting game has beaten it to the 3DS and Wii U.

At last week’s Gamescom expo in Cologne the wraps were taken off the 3DS version as the public got hands on with the game.

It makes good use of the 3D upper screen as well as offering things like Inventory, a Map and a Zoomed view on the lower screen. All in all it looks like it’s going to be one of the best versions of the game.

This is also a good tutorial on the Nintendo game to get new players started in the world of Terraria. This is no bad thing as it seems super simple at first but has loads of depth with thousands of items to collect and craft and many enemies to take on.

Super Mario Bros the Movie! Despicable Me studio Illumination in talks with Nintendo for a new animated adventure