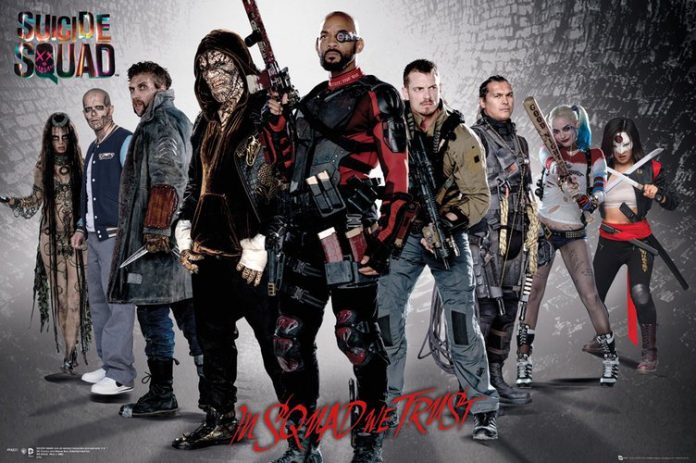 Warner Bros. have a lot riding on their second comic book movie of the year. Following the lukewarm reception to Batman vs. Superman: Dawn of Justice released back in March, the studio are hoping for big things from the Suicide Squad.

The press train for the movie comes to London tomorrow evening for the premiere followed by two days of interviews (with the likes of us so stay tuned for those). We’re seeing the movie tomorrow so we’ll be able to tell you what we thought of it but in the meantime, here’s a summary of what others thought.

It seems to be rather like Batman vs. Superman splitting audiences across the board. With their Justice League (2017), Wonder Woman (2017), Ben Affleck Batman and Aquaman (2018) movies on the way, we hope there is room for improvement.

USA Today (No rating) – Compared to its ilk, Suicide Squad is an excellently quirky, proudly raised middle finger to the staid superhero-movie establishment.

The Wrap (No rating) – The results feel undercooked and overstuffed, with ten pounds of supervillain backstory being crammed into a five-pound bag.

Total Film (3/5) – Starts off flavourful, turns rather bland. This Injustice League jaunt proves that DC is still a long way behind Marvel for on-screen action.

THR (No rating) – A puzzlingly confused undertaking that never becomes as cool as it thinks it is, Suicide Squad assembles an all-star team of supervillains and then doesn’t know what to do with them.

iO9 (No rating) – Suicide Squad Is Chaotic, Manic, and a Total Mess

Vanity Fair (No rating) –  If you can believe it, Suicide Squad is even worse than Fantastic Four.

Chris Pratt stars in trailer for ‘The Terminal List’

Trailer drops for season 3 of ‘For All Mankind’